The NFL schedule is finally released! We now know what each team's matchups will be in this new 18-week season, including the game list for Week 13.

The NFL Week 13 matchups begin with a Thursday Night clash between Dallas and Seattle, features a 1 p.m. QB showdown between sophomores Justin Herbert and Joe Burrow, and is capped off by a Monday Night Football matchup between the Patriots and the Bills.

Here is the list of all the NFL Week 13 matchups, times and opening spreads.

These are the opening NFL odds for Week 13, headlined by the Bills opening as 7-point favorites over New England and the Chargers favored by 2.5-points against Cincinnati.

Teams on bye this week: Panthers, Browns, Packers, Titans
Odds courtesy of The SuperBook as of May 16, 2021 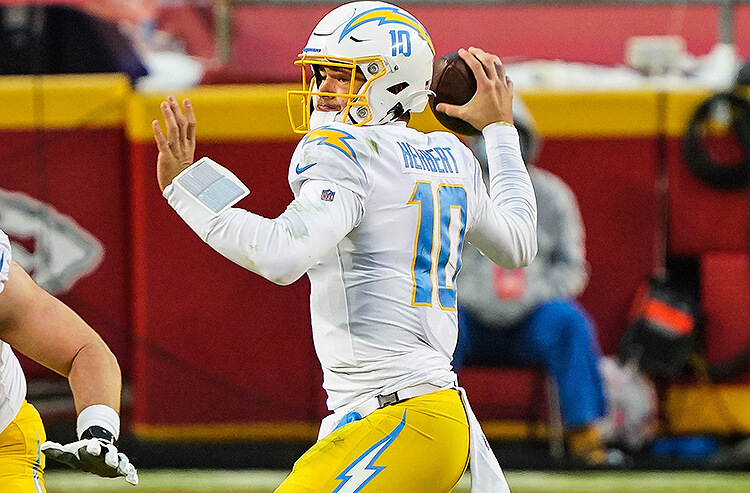 Seahawks vs Vikings Week 3 Picks and Predictions: The Land of 10,000 Heartaches
Alistair Corp | Sep 21, 2021
About Us
Contact Us
Careers
Our Team
Brand
Testimonials