T.J. Watt and the Steelers will host the Seahawks and Russell Wilson on Sunday Night Football in Week 6. Pittsburgh opened as a 2.5-point favorite at The SuperBook.

The NFL schedule is finally released! We now know what each team's matchups will be in this new 18-week season, including the game list for Week 6.

The NFL Week 6 matchups begin with a Thursday Night clash between Buccaneers and Eagles, features a Sunday night tilt between the Seahawks and Steelers and is capped off by a Monday Night Football matchup between the Bills and Titans.

Here is the list of all the NFL Week 6 matchups, times and opening spreads.

These are the opening NFL odds for Week 6, headlined by the Steelers opening as 2.5-point favorites over the Seahawks and Cleveland favored by 4.5-points against Arizona.

Teams on bye this week: Falcons, Saints, Jets, 49ers.
*This game will be played at a neutral location in London, England.
Odds courtesy of The SuperBook as of May 16, 2021 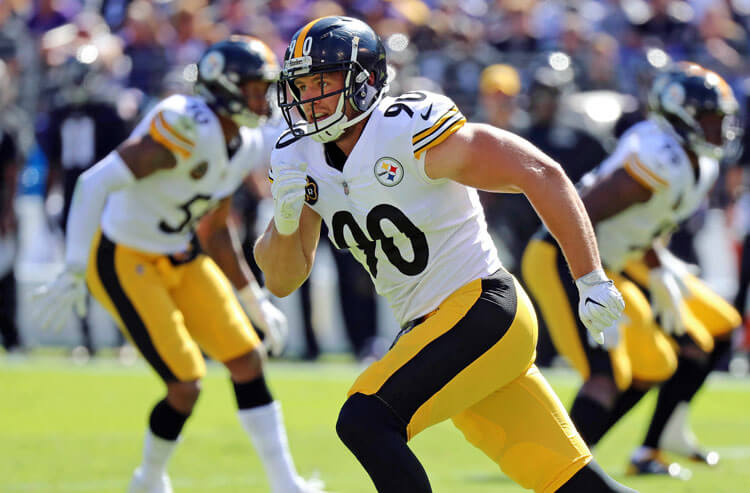 Packers vs 49ers Sunday Night Football Picks and Predictions: Back the Pack in Week 3 NFC Showdown
Jason Logan | Sep 24, 2021
About Us
Contact Us
Careers
Our Team
Brand
Testimonials