Russell Wilson had an incredible run with the Seattle Seahawks and is now set for a new chapter in Denver. From the NFC to AFC, read more to see how the savvy quarterback has fared against all 32 teams in the NFL.

Russell Wilson was dealt to the Denver Broncos this offseason, following years of speculation regarding his future in the Emerald City.

Wilson helped lead the Seattle Seahawks to two consecutive Super Bowl appearances during his tenure in the PNW, the first in which they won in just his second season in the league.

A third-round pick of Seattle in 2012, fast forward 10 years, and Wilson is a nine-time Pro Bowler, once having finished as the season leader in the NFL in both passer rating (2015) and passing yards (2017).

While the former Wisconsin Badger searches for his first career MVP award, he looks to add another Lombardi Trophy to his resume, this time in the Mile High City.

Here is Wilson's career regular season and postseason record versus all 32 teams in the NFL.

If you're signing up for a new sportsbook for the 2022 NFL season, here's a great bonus:

Get a +200 BOOST on who will be the "King" of passing this NFL season, only at DraftKings! BET NOW

Wilson vs the Green Bay Packers

Russell Wilson's history against the Green Bay Packers has been interesting, to say the least.

Wilson's second career win came on an incredible heave at the buzzer to lift the Hawks over the Packers on Monday Night Football back in 2012.

8 years ago today, Golden Tate comes down with the Hail Mary toss to the endzone from Russell Wilson to give the Seahawks (+3/+150 ML) the 13-12 victory over the Packers

Wilson's magic didn't stop there, as he helped lead an incredible comeback in the 2014 NFC Championship game, capped off by a 35-yard game-winning touchdown throw to Jermaine Kearse in overtime.

Haws overcame 4 Russell Wilson INTs to comeback and win. Aaron Rodgers finished with 1 TD, 2 INTs and didn't capitalize on all the INTs his defense gave himpic.twitter.com/0DrL72qwxe

That said, Russ had arguably the worst game of his career against Green Bay in 2016, throwing for five interceptions in a 38-10 blowout loss at Lambeau Field. In fact, Wilson is 0-4 in the games he has played at the historic Wisconsin stadium.

Wilson vs the Los Angeles Rams

Wilson dominated much of the NFC West during his time in Seattle but always had problems with the Los Angeles Rams. Stemming from their time in St. Louis, the Rams always gave Wilson issues with their pass rush, led by All-Pro defensive tackle Aaron Donald.

The Matt Stafford-led Rams won both games against Wilson and the Seahawks last season. Denver is set to face L.A. on Christmas when the two teams clash at SoFi Stadium in Week 16 action.

For all we know, this could be a Super Bowl preview.

Wilson vs the New England Patriots

Russell Wilson may be 3-0 against the Patriots in the regular season, but his name and New England will always be associated with Super Bowl XLIX.

Wilson was on the verge of a second straight Super Bowl win, as the Seahawks were in the midst of a dynasty. Unfortunately, the roster around them started to crumble following the heartwrenching loss to the Pats.

If the Seahawks had won this game, there's a good chance Russell Wilson would have appeared in at least one more Super Bowl, let alone still be a member of the team that initially drafted him.

Wilson vs the Philadelphia Eagles

Russell Wilson is a perfect 6-0 against the Philadelphia Eagles, including a playoff win in Philly back in the 2020 Wild Card round where he threw for 325 yards and rushed for 45 in a 17-9 road victory.

Wilson threw for nine touchdowns to just one lone interception during those six games, for an average passer rating of 101.1.

Back to back weeks that other teams use trick pass plays to score on the #Eaglespic.twitter.com/PZE5IZ8uwT

Good news for Eagles fans: Now that Wilson is in a different conference than the Eagles, he'll be seeing them less often. Denver and Philadelphia aren't scheduled to play one another in 2022.

Wilson vs the San Francisco 49ers

Wilson's history with the San Francisco 49ers dates back to his rookie season when the two teams began a heated rivalry and eventually clashed in the 2013 NFC Championship.

Wilson got the best of Colin Kaepernick and the vaunted 49ers' defense in that game. He ultimately won his first ever Super Bowl two weeks later against his future team, the Denver Broncos.

Wilson is a career 17-4 against San Francisco — by far his most amount of wins against any team in the NFL. Despite no longer playing in the same division as them, Wilson faced the 49ers in Week 3, and barely powered the Broncos to an ugly 11-10 win. He threw for 184 yards and ran for 17 more in the low-scoring, grind-it-out victory. 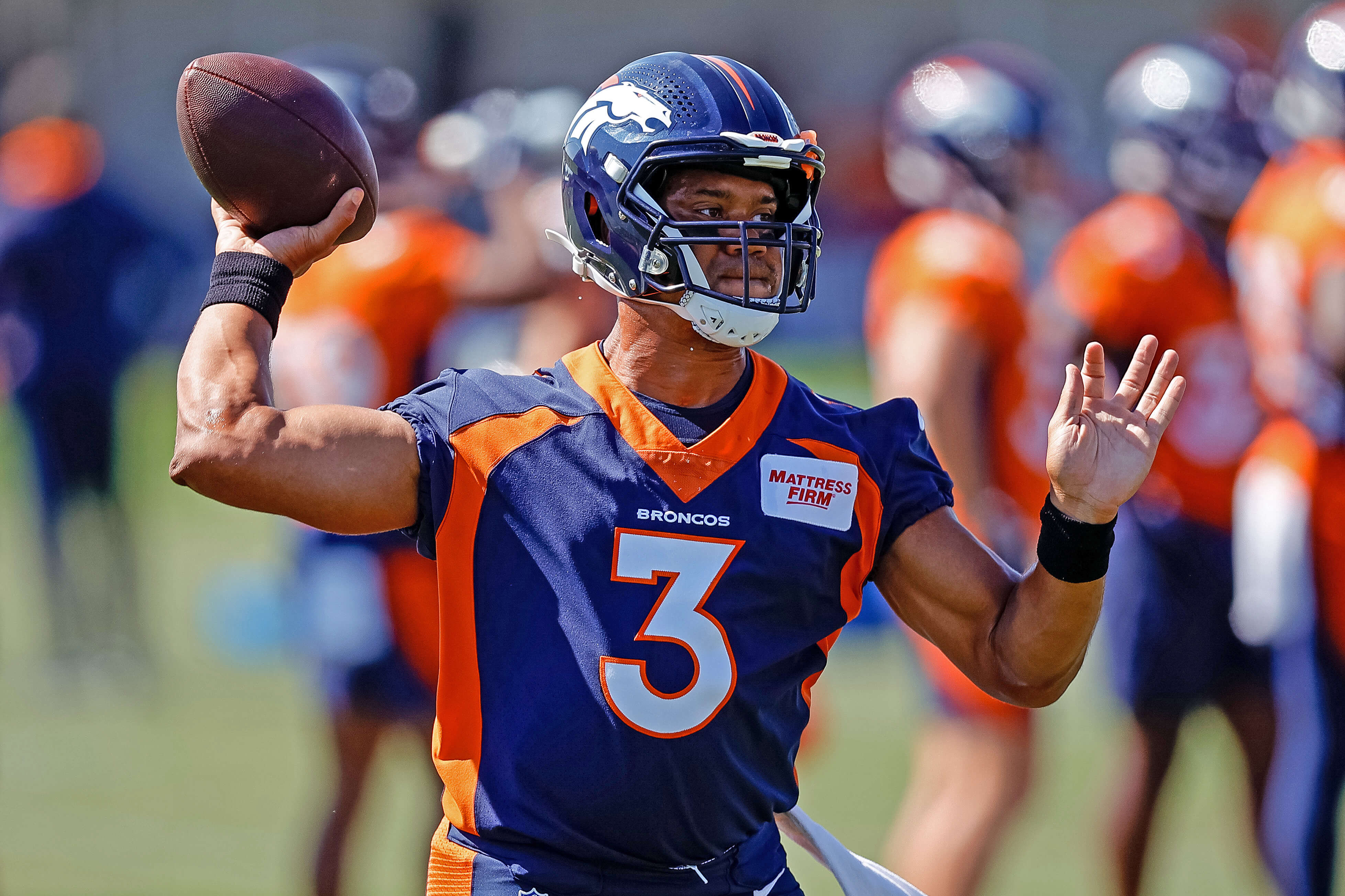 Russell Wilson's Record Against Every NFL Team
Provided by

DraftKings Promo Code Gets You $200 For Just a $5 Bet on Dolphins vs Bengals Thursday Night Football
Ryan Murphy | Sep 29, 2022