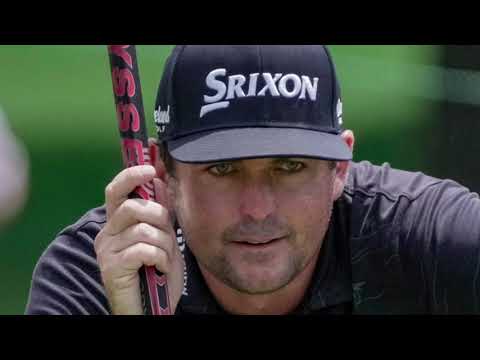 History was made in the 2021 PGA Championship on the Ocean Course at Kiawah Island in South Carolina, with Phil Mickelson going from a 300/1 pre-tournament long shot to his sixth major title.

Though Mickelson led entering the final round, he was second on the PGA Championship odds board, behind second-place Brooks Koepka. But Lefty got the best of Brooks and the rest of the field, becoming the oldest player and one of the longest shots to win a major.

Let's take a look at how the odds to win the PGA Championship unfolded this week.

Odds to win the PGA Championship

UPDATE 10 P.M. ET SUNDAY: While Phil Mickelson made history, bettors who got on board the Lefty train pre-tournament – or at least after Round 1 – cashed out big, while some sportsbooks took a hefty hit. Topping that list was DraftKings, as evidenced by a text late in Sunday's final round from Johnny Avello, DK's director of sportsbook operations.

That penciled out to a $300,000 win for the first bettor and $91,000 for the second. As Mickelson played the final couple of holes, PointsBet USA's Patrick Eichner was asked how his shop did to a Mickelson win.

"Not good. He was a top-five liability entering the tourney, top three by the end of Day 1," Eichner said.

The SuperBook at Westgate, BetMGM and William Hill US reported plenty of $20, $50 and $100 fliers on the long shot, including a pair of $100 plays at 200/1 at WillHill, with each bettor winning $20,000. Still, Mickelson's win was a winner for The SuperBook in the PGA Championship futures market.

"We were fortunate. Over the last few years, we had a tremendous amount of liability attached to Phil for the majors," said Jay Kornegay, who operates The SuperBook as vice president of race and sports for Westgate.

The surprise victory had Jay Kornegay noting Mickelson might not be the longest pre-tourney shot to win a major, but he's not far from it.

"I don't recall a longer shot winning, but I would have to review Rich Beam and Y.E. Yang numbers," Kornegay said, while noting in this instance, the odds weren't the most impressive component of the win. "This one is different. This one isn't about the unknown. This one is about age. Both Tom Brady and Phil Mickelson telling us all that age is just a number.

Golf Digest's Alex Myers reported Sunday evening that Mickelson is the longest shot to win a major in at least 16 years. Myers noted that Todd Hamilton was 500/1 entering the 2004 Open Championship at Royal Troon, and Rich Beem (2002 PGA), Ben Curtis (2003 Open) and Shaun Micheel (2003 PGA) were all at least 250/1.

UPDATE 10:30 P.M. ET SATURDAY: Fifty-year-old Phil Mickelson hopes to become the oldest-ever major winner, after an up-and-down 2-under 70 in the third round put him alone in first at 7-under 209. One shot behind Mickelson is Brooks Koepka, and the positions of those two are reversed on The SuperBook's odds board, with Koepka a +150 chalk and Lefty the +275 second choice. "Phil is a small winner for us currently. Koepka is a decent result," SuperBook risk manager Neil Fitzroy said. "We opened Phil at 150/1 and closed him at 250/1. No tickets of note pending on him at those prices." Rather, it's mostly $5, $10 and $20 fliers on a player who was a very long shot Thursday morning, now on the brink of history Sunday. Koepka closed at +5,000 (50/1) pre-tournament and is now very much alive for his fifth major title. "Plenty of tickets pending at (50/1)," Fitzroy said of action on Koepka, who matched Mickelson's 70 Saturday. "It’s quite incredible how Koepka can be off the map with lousy form or a nagging injury, and seemingly flip a switch and bring his 'A' game to major championship weeks."

UPDATE 11:30 P.M. ET FRIDAY: Phil Mickelson went 70-69 to stand tied for first with Louis Oosthuizen through two rounds, at 5-under 139. But neither golfer is favored heading to Saturday's third round. Rather, that role falls to Brooks Koepka, who shot 71 Friday and is one shot back at 140, prompting The SuperBook to make him the +400 chalk. Neither Koepka nor Mickelson are losers for the book. Louis Oosthuizen is the +550 second choice, and Masters champ Hideki Matsuyama (141) is +700, followed by Mickelson at +1,400. Oosthuizen isn't too much of a concern behind the counter, after closing +8,000 pre-tournament and moving to +5,000 after the first round. "We lose a few cups of coffee if he wins," Beyers said.

UPDATE 9:30 P.M. ET THURSDAY: Pre-tourney favorite Rory McIlroy shot 3-over 75 Thursday, as did Justin Thomas, so those two have work to do Friday. Corey Conners had no such issues, firing a 5-under 67 that put him two strokes ahead of a host players and placed him atop BetMGM Nevada's PGA Championship odds board at +750. Among those looming at 3-under 69 are Viktor Hovland and Brooks Koepka, now the second and third choices, respectively, at +800 and +1,100. "We clean up with Conners," BetMGM Nevada's Scott Shelton said, noting the Canadian opened +10,000 (100/1) and got to +5,000 May 17, then pre-tourney was +6,600, at which he took his largest wager at BetMGM Nevada, just $100. "We're a small loser to Hovland. He was a popular choice. And we do really good on Koepka." Defending PGA champ Collin Morikawa (70) is the +1,400 fourth choice, followed by Jon Rahm (72) at +1,600 and Jordan Spieth (73) at +2,200. "Morikawa is one of our worst outcomes. Rahm would be a great outcome for us, probably the best-case scenario," Shelton said. "Spieth is very bad, and Rickie Fowler is the worst-case scenario, because of the crazy odds on him."

UPDATE 8:30 P.M. ET TUESDAY: Dustin Johnson, who won the months-delayed 2020 Masters, opened in early January as the +1,000 favorite to win the PGA Championship. Two days out from teeing off in the PGA Championship, Johnson is the +1,800 co-fifth choice at The SuperBook at Westgate. "We’ve had to drift Johnson because of poor form starting during the Florida swing, taking bets on other golfers near the top of the board, and him withdrawing from the Byron Nelson last week, citing knee soreness," SuperBook risk manager Neil Fitzroy told Covers. Likewise, Rory McIlroy's odds drifted from +1,200 to +2,000 due to lackluster results this season. But a win two weekends ago at the Wells Fargo Championship helped vault McIlroy to the 12/1 favorite. McIlroy is taking the most money at The SuperBook, followed by +1,400 co-second choice Justin Thomas and +1,600 fourth choice Xander Schauffele. "Those three are currently our worst outcomes near the top of the board," Fitzroy said.

With three rounds in the books at the 2021 PGA Championship, a familiar name is atop the leaderboard and another PGA Tour star is atop the odds board. Brooks Koepka is at 6-under 210 and is the +150 chalk at The SuperBook at Westgate. He's one shot behind Phil Mickelson (209), and Lefy is the +300 second choice on the PGA Championship odds board.

Collin Morikawa won last year's tournament and went into Round 1 as a +3,000 favorite, odds that placed him outside of the Top 10. Five years ago, Jimmy Walker came out victorious despite walking in as a +12,500 long shot, the biggest underdog to win since Keegan Bradley (+15,000) in 2011.

Let's take a look at some recent PGA Championship winners and their closing odds to win according to SportsOddsHistory.com:

The most popular way to bet on golf is by simply picking the winner, which is also referred to as an outright. There are plenty of other ways to wager, however. Some of the more popular markets include head-to-head betting, where sportsbooks pair up two golfers and you simply choose who you think will have the lower score over the course of the weekend or for one round only. Learn about more golf betting types and get expert tips and strategies in our how to bet on golf guide.

Where can I bet on the PGA Championship?

With PGA betting growing in popularity, pretty much all online sportsbooks will offer golf odds for the PGA Championship. We've compiled the best golf betting sites where you live —  see what PGA Championship odds they have available before placing your wagers. 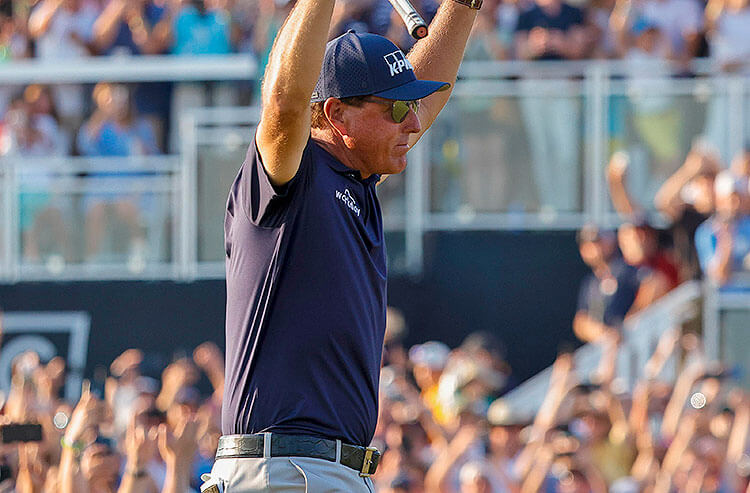