The 2021 Masters turned from a runaway into some nervy moments as the sun drew low on Augusta National but, in the end, final-day favorite Hideki Matsuyama got the job done.

Heading into Sunday, most sportsbooks had Matsuyama in the -120 to -125 range on the Masters odds board. The Japanese star, who got as high as +6,000 odds pre-tournament, more than lived up to it, adding to his four-shot lead while stretching out to as much as a -6,000 live-betting chalk.

But the in-play odds to win the 2021 Masters got a lot more interesting on the 15th hole, when Matsuyama flew the green and ended up in the drink. However, Xander Schauffele found the rinse cycle on No. 16, spoiling his chances, and youngster Will Zalatoris ran out of holes to catch up.

Matsuyama topped the Masters field with a 10-under 278 total, one stroke ahead of Zalatoris.

When Matsuyama got to 13-under par midway through the final round of the Masters, most sportsbooks were close to calling it a day on in-play wagering. The Japanese standout was as much as a -6,000 favorite at The SuperBook.

But he stumbled hard on 15 with a ball in the water way behind the green. However, he managed a bogey, giving back as little as possible, and it proved necessary. Xander Schauffele birdied the 15th, his fourth straight birdie, to quickly trim a four-shot deficit to two and zip right back into contention.

Then on the par-3 16th, Schauffele found the drink and ended up with triple-bogey 6, ending his hopes, even though Matsuyama carded a bogey 4. That left as the last challenger Will Zalatoris, who got in with a 9-under 279 as Matsuyama prepared to play the par-4 18th hole

Matsuyama played it smart and safe, recording bogey for a one-stroke victory that suited most oddsmakers just fine.

"Matsuyama is super good," William Hill US director of trading Nick Bogdanovich said pre-round Sunday morning. "In Nevada, there were close to 1,000 tickets on him. So a lot of people (had) him. But it's the Masters. There's a ton of money in the pool."

And there was much more liability to other golfers, most notably Jordan Spieth, who ultimately settled for a tie for third, three shots back.

Neil Fitzroy, risk manager for The SuperBook at Westgate, said Saturday night that Matsuyama was not the best outcome for the book but was certainly a good one. The SuperBook just wanted to avoid Spieth and Schauffele, who tied for third with Spieth.

Nobody really bet much on Matsuyama, which is why his odds dove from +4,000 to +6,000 pre-tournament at The SuperBook.

"We took a couple of $100 bets at 60/1," Fitzroy said, adding that there were no other notable big payouts looming, just an accumulation of tickets and money on Spieth and Schauffele.

Check out Hideki Matsuyama's rise to the top of the odds board, from his pre-tournament odds until his clinching putt on Sunday.

Odds courtesy of the SuperBook.

Let's take a look at some recent Masters champions and their closing odds to win:

Note that no pre-tournament betting favorite has won the Masters this decade. Schwartzel was the biggest long shot to win when he surprised the golfing world back in 2011. Most recent winners fall in the +1,000 - +3,000 range.

Another trend worth noting is the age of recent Masters winners: Before Woods won in 2019 at age 43, the previous 13 winners had all been under the age of 40 at the time they won. Dustin Johnson (36) continued that trend in 2020, as did the 29-year-old Matsuyama.

The Masters is the most bet golf event of the year, so naturally, there are many who will be placing their first golf bets on the tournament. If that happens to be you, we've got you covered with our beginner's guide to how to bet on golf.

The most popular way to bet on golf is by simply picking the winner, which is also referred to as an outright. There are plenty of other ways to wager, however, including top finishes, head-to-head matchups, and plenty of props.

If you're looking to place a bet on the Masters, take a look at the best golf betting sites available in your area.

Who has the best odds to win the Masters?

Currently, Dustin Johnson has the best odds to win the 2021 Masters.

What are the odds of Tiger winning the Masters?

Tiger Woods will not play in the 2021 Masters because of injuries sustained in his February car accident. He was +5,000 on the odds board prior to the accident.

What were the odds for Tiger Woods to win the Masters? 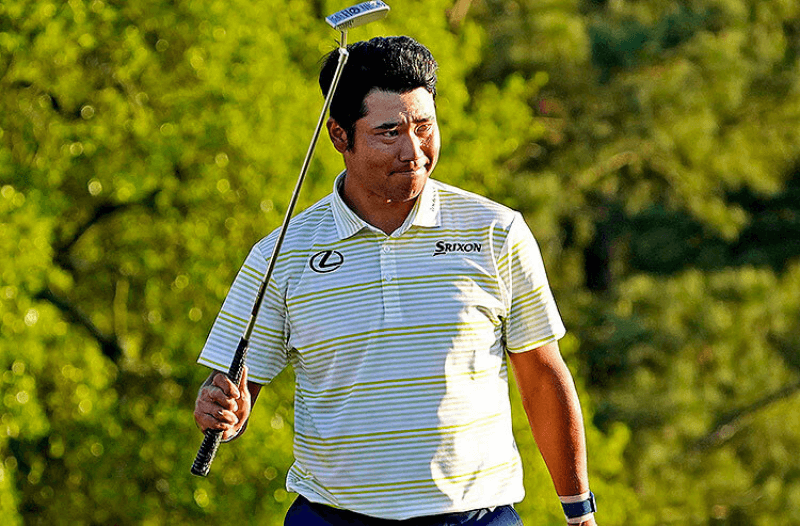