Updated In-Play Odds to Win the US Open

Louis Oosthuizen entered Sunday as the favorite to win the U.S. Open. But the leaderboard has been changing fast throughout Round 4, with stars like Rory McIlroy making a push. Follow along with our updated in-play odds. 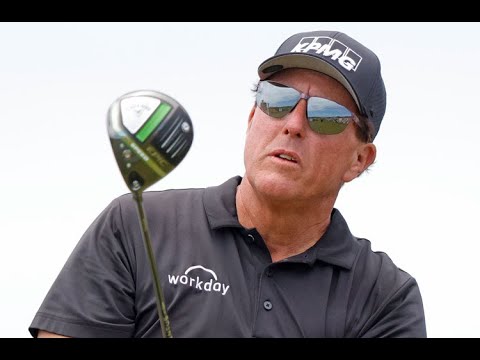 Betting odds to win the U.S. Open continued to see plenty of movement after Saturday's Round 3 at the Torrey Pines South Course in sunny San Diego. And the favorite finally changed, with Jon Rahm falling from his perch atop the U.S. Open odds board.

Heading into Round 4, Louis Oosthuizen is in a three-way tie atop the leaderboard and alone on the odds board as the +325 chalk at The SuperBook. But Rory McIlroy and several other big names aren't far behind Oosthuizen, and the other two co-leaders obviously hope to have a say Sunday, as well.

The in-play odds below update every five minutes.

UPDATE 1 A.M. ET SUNDAY: There's finally been a change at the top of the U.S. Open odds board, and all it took for Louis Oosthuizen to get there was sinking a 52-foot eagle putt on the 18th hole to wrap up Round 3. That gave Oosthuizen a 1-under 70 for a 5-under 208 total, tied with the steady Russell Henley and surging Mackenzie Hughes.

The SuperBook's updated odds to win the U.S. Open have Oosthuizen a +325 favorite, with Hughes the +700 fourth choice and Henley the +750 fifth choice.

"Louis is a good-but-not-great result for us," SuperBook risk manager Neil Fitzroy said, before moving on to the unlikely co-leaders Henley and Hughes. "Henley closed 250/1 pre-tournament, and there were only five tickets out there at that price. Small stuff, a few $5 bets and an $18 bet. Hughes closed 500/1, with only one ticket on him at that price, for $5. There has been some interest in Henley in the adjusted market, smaller-dollar tickets. There has been more interest in Hughes in the adjusted market than Henley. There are a couple of three-figure bets out there, one at 80/1 and and one at 50/1."

Sandwiched between Oosthuizen and his co-leaders on the odds board are two much more household names: Rory McIlroy and Bryson DeChambeau, both at 3-under 210 and both +500. McIlroy shot a solid 67 and DeChambeau 68, and despite their name recognition, both would be welcome winners behind The SuperBook counter.

"Surprisingly, not much interest in McIlroy during play earlier (in the tournament) or tonight," Fitzroy said late Saturday evening. "His price was slowly dropping with every hole he completed. Maybe everyone felt like they missed the value and are content with dodging him (Sunday)."

In fact, many names in the hunt are good for The SuperBook, including Henley and Hughes. Among those The SuperBook hopes to dodge Sunday at Torrey Pines are Matthew Wolff (+2,200), Xander Schauffele (+2,000) and Collin Morikawa (+2,500), with Wolff three shots back at 2-under 211, and Schauffele and Morikawa at 212.

"Wolff is the worst-case scenario," said Fitzroy, likely grateful after Wolff bogeyed two of his last five holes Saturday for a 2-over 73. "We went all the way out to 150/1 on him near the end of May. And Wednesday night, one of our regulars came in with a mid-three-figure bet on him at 150/1."

That's a quick way to high-five-figure liability. In addition, The SuperBook is sweating a couple of tournament matchup props.

"We need Dustin Johnson to beat Rahm. Johnson is currently one shot back," Fitzroy said. "And we need Jordan Spieth to beat McIlroy. Spieth is currently four shots back."

UPDATE MIDNIGHT FRIDAY: Richard Bland is as nondescript a golfer as you'll ever find atop a U.S. Open leaderboard. BetMGM Nevada had the Englishman at +40,000 (400/1) pre-tournament, and even after a 1-under 70 in Round 1, Bland was still a huge long shot. "He was 250/1 Thursday night, and we took a $2 bet, the only bet on him so far," BetMGM Nevada's Scott Shelton said Friday afternoon, shortly after Bland finished off a 4-under 67 that has him tied for the lead with Russell Henley through two rounds. Late Friday night, Bland is +3,300, still lagging behind a bunch of bigger names and Henley (+1,100) on the U.S. Open oddds board. But at least he's getting some looks now. "Someone just bet him at Bellagio, $100 at 33/1," BetMGM Nevada's Scott Shelton said, noting that was the second $100 wager of the night on Bland. "So now there's $202 total on Bland." Henley, who led after Round 1 as well, is a similar story, drawing zero bets pre-tournament at BetMGM Nevada and still getting little respect at the window. "Henley has 262 big dollars on him," Shelton said. "We cut down the nets if Henley or Bland wins." Jon Rahm remains the favorite, sitting at +375, and Xander Schauffele is the +750 co-second choice, with BetMGM having sizable liabilities to both golfers.

UPDATE 12:30 A.M. ET FRIDAY: Pre-tournament, Jon Rahm closed as the +900 favorite at BetMGM Nevada, and he remained atop the U.S. Open odds board as he barely beat the setting sun in Round 1. Rahm shot 2-under 69, and although he's two shots behind Russell Henley and Louis Oosthuizen, Rahm is the +550 favorite to nab the win. BetMGM Nevada is less than enthusiastic about that prospect. "Rahm is not a great outcome," BetMGM Nevada's Scott Shelton said, noting Rahm is the book's second-largest liability, behind Xander Schauffele, who shot 2-under 69 and is the +1,000 fourth choice entering Round 2. "Rahm and Xander, not so good." Other big liabilities include: Patrick Reed, who started a bit slow at 1-over 72 and is now +5,000; Viktor Hovland (+10,000), who at 3-over 74 has work to do to make the cut; and Patrick Cantlay (+2,000), in much better shape at 1 under with two first-round holes to play. And of course, as is the case elsewhere, Phil Mickelson is a concern behind BetMGM Nevada's counter, although he's in trouble after a 4-over 75.

UPDATE 12:30 A.M. ET THURSDAY: As is the case at other books, the popular Phil Mickelson is getting plenty of attention on the U.S. Open odds board at William Hill US, Mickelson opened +8,500 and is now +4,000, just a few hours before the first tee times at Torrey Pines. Nick Bogdanovich, director of trading for William Hill, said almost all the Mickelson action has come in since Lefty's surprising win last month at the PGA Championship. "Mickelson is leading tickets by a landslide now, and he’s got the most money now, too,” Bogdanovich said. "The liability is at seven figures and counting." In terms of money wagered, Mickelson is slightly ahead of +1,000 U.S. Open favorite Brooks Koepka, who leads the field on WillHill's odds to win the U.S. Open. Most books have Jon Rahm atop the board, but he's the +1,100 second choice at William Hill while taking the third-most money. Xander Schauffele (+1,500) and Patrick Reed (+2,500) round out the top five in money. Following Mickelson in ticket count at WillHill are Collin Morikawa (+2,200), Rahm, Koepka and Jordan Spieth (+2,300).

UPDATE 10:30 P.M. ET TUESDAY: Jon Rahm, hoping to put behind him the COVID-based disqualification as he was lapping the field at The Memorial, stands solidly atop the U.S. Open odds board. Rahm, the +1,000 favorite at The SuperBook, showed well in both majors so far this year, taking fifth at the Masters and eighth at the PGA Championship. And he's got a good track record at Torrey Pines. So it's not really surprising that Rahm leads the money count at The SuperBook. But the ticket-count leader is PGA Championship winner Phil Mickelson, as he's moved from +15,000 (150/1) to +6,000 in the U.S. Open futures odds market. "Everyone loves Phil. He’s a funny guy and easy to root for," SuperBook risk manager Neil Fitzroy told Covers. Following Mickelson in ticket count are Patrick Reed (+3,000), Rahm, Collin Morikawa (+2,000) and Brooks Koepka (+1,600). Following Rahm in money are Xander Schauffele (+1,600), Morikawa, Koepka and Jordan Spieth, who opened +6,000 back in December and is now the +2,000 co-sixth choice. Fitzroy said the book is rooting for Dustin Johnson, Rory McIlroy and Justin Thomas, and rooting against Morikawa, Schauffele, Rahm and Hideki Matsuyama.

DeChambeau was the 2020 winner, cashing in for his backers at a solid +2,200. His odds to win this year are slightly better but still outside of the Top 5 favorites.

Let's take a look at some recent U.S. Open champions and their closing odds to win according to SportsOddsHistory.com:

The most popular way to bet on golf is by simply picking the winner, which is also referred to as an outright. There are plenty of other ways to wager, however. Some of the more popular markets including U.S. Open props and head-to-head betting, where sportsbooks pair up two golfers and you simply choose who you think will have the lower score over the course of the weekend or for one round only. Learn about more golf betting types and get expert tips and strategies in our how to bet on golf guide.

With PGA betting growing in popularity, pretty much all online sportsbooks will offer golf odds for the U.S. Open. We've compiled the best golf betting sites where you live —  see what U.S. Open odds they have available before placing your wagers. 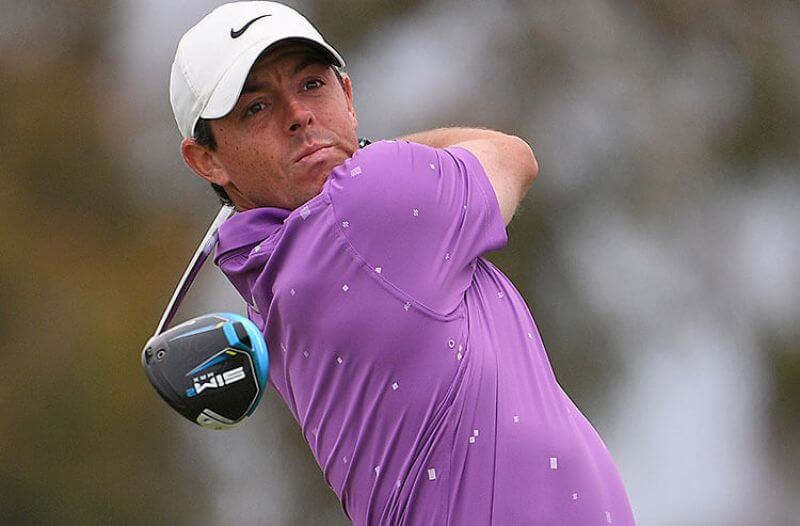 Updated In-Play Odds to Win the US Open
Provided by

US Open Round 2 Picks and Predictions: Koepka Still Has Value, Bryson Bounces Back
Rob Hansen | Jun 18, 2021