How to bet on football in 2021 — NFL betting guide

Every Sunday in the fall, NFL betting is the popular choice for sports fans across North America. It’s the most heavily bet league among sportsbooks in the United States and Canada and has a rapidly-growing audience around the world.

Unlike other professional sports, which see teams play multiple games each week, NFL teams play just once a week as part of a 16-game regular-season schedule.

That build-up to game day is part of the excitement that fuels NFL betting, with NFL odds for the coming slate of games posted early in the week and drawing more and more bets the closer it gets to kickoff.

How does betting on NFL games work?

The three most basic ways that NFL betting works are:

How to read NFL odds

NFL moneylines are the most basic bet you can place as you are simply picking which team will win the game outright. Based on the implied probability of winning, each team will have a moneyline value assigned to them.

Moneyline favorites will be indicated by a negative value in front of the odds (example: -130) while moneyline underdogs will show a positive value (example +110).

The NFL point spread is an estimated margin of victory set by oddsmakers for each game, which levels the field of competition between the two teams involved.

If one team is expected to win by six points, oddsmakers will set that team as the points spread favorite at -6 (indicated by the negative value). This means that the team must not only win the game but win it by more than six points to cover the spread.

The other team involved is set as the point spread underdog at +6 (indicated by the positive value). This means that the team must either win the game outright or lose by less than six points to cover the spread.

NFL Over/Under totals are the estimated combined points scored between the two teams in a game.

If oddsmakers predict 48 total points to be scored in a game, they will set the NFL Over/Under at 48 and bettors will pick whether the final score will go Over or Under that point total.

More ways to bet on the NFL

The demand for NFL betting has sparked more ways to wager on football, such as combining bets for larger payouts, betting on team and player stats, as well as different segments of the game.

Teasers allow you to add or subtract a set number of points from the spread or total (most often six points) for a game but you must combine two or more bets.

The more bets in the teaser, the higher the potential payout but the greater the risk. For the NFL teaser to pay out, all bets involved must win.

Prop bets are not often focused on the final score but rather results from individual teams and players, such as a team’s number of touchdowns scored or total passing yards for a quarterback.

Prop bets can be Over/Under totals, Yes/No propositions, or specific happenings, such as the first player to score a touchdown or the result of the first offensive play of the game.

Futures are bets made on a long-running outcome rather than a single-game result, such as odds to win the Super Bowl or which player will win NFL MVP.

Futures are often posted before the season and take bets throughout the schedule, constantly adjusting the odds to results, injuries/trades, and betting action until the futures market is decided.

There are some simple NFL betting tips and strategies to follow each week to help you get the most from your NFL bets.

NFL odds are constantly adjusting from the second the sportsbooks post them. A team could be a 5-point favorite when the odds go up on Monday and close at -7.5 by kickoff on Sunday.

You always want the best odds for your opinion, so determining the best time to bet is extremely valuable based on the line movement. If you like the favorite and see its spread growing, you want to bet them earlier in the week rather than wait until they’re -7.5 on Sunday.

The same can be said for NFL line movement around Over/Under odds, as totals will shrink or grow during the week based on betting action as well as factors such as injuries and weather.

If you like the Under for a game and see a total getting bigger the closer it gets to game day, you may want to wait until just before kickoff to place your bet and see how high the total will get, giving you a better number for your Under opinion.

Football has a very rigid scoring system with field goals worth three points and touchdowns (plus extra point) worth seven. Because of this, we see the majority of NFL games decided by either 3, 6, 7, or 10 points. Point spreads will be commonly set at those key numbers.

Line movement around those key numbers is very important, depending on which side of the point spread you like. Betting a favorite at -6.5 or an underdog at +7.5 is valuable due to a higher probability of the final score being decided by exactly seven points.

With the popularity of the NFL soaring, there are a lot of bets being placed by recreational gamblers – also known as the betting public – who are more influenced by common opinions and teams that they’re fans of.

This public betting opinion is reflected in the NFL consensus for each game, showing the percentage of bets placed on either side of a point spread or Over/Under. The consensus can be used to determine the cause of line moves or predict them, as well as indicate which side the “sharp betting” – professional gamblers – are taking based on where the line is moving.

The validity of betting trends is often disputed, especially as it pertains to trends based on short-term results or limited sample sizes. However, long-term betting trends can hint at possible patterns worth following, especially if those trends have a narrative explaining the results rather than just random occurrences.

Home-field advantage is commonly worth three points to the NFL spreads, although this value is more public perception than a calculated impact.

Some NFL home fields could have a large influence on the results, such as crowd noise or climate, while others may not be worth as much as a field goal based on their impact on the game.

Weather can have a major influence on the final results of a game. The autumn months bring with them plenty of cold, wind and rain to those outdoor venues in northern cities.

Rain and snow can play a big part in how teams perform, especially considering where those teams are from, but the wind is the most disruptive element to play in and can influence passing and kicking.

Keeping an eye on the forecast for the week and which games could be played in poor conditions is a great NFL betting tip to follow.

Due to the physical nature of the sport, injuries have a large influence on the NFL betting odds.

When it comes to the odds, quarterback injuries have the biggest impact while select skill players, like star running backs and receivers, can also move a spread up or down. Outside of those key positions, injuries to individual players don’t affect the odds much at all.

However, a smart NFL betting strategy is spotting cluster injuries at certain positions or units. Having some starting offensive linemen missing or several members of the secondary out can play a major role in the outcome of the game.

There’s no shortage of NFL free picks out there. Finding reliable and informed sources for that information can help you mold your NFL bets each week, gathering information from these free picks to build confidence in a particular play.

Where can I bet on NFL games legally?

You can bet on NFL games legally at online sportsbooks and casinos, based on your location and local laws around sports betting. Use our top betting sites to view the best legal ways to bet on NFL in your area.

Yes. Depending on your location, NFL betting is legal through online, mobile and casino sportsbooks.

Can I bet on the NFL online?

Can NFL players bet on games?

No. NFL players are not allowed to bet on NFL or any other sports, per the league’s gambling policy.

Does NFL handicap betting include overtime?

Yes. NFL handicap betting does include overtime unless the original bet states otherwise.

How much is bet on the NFL every week?

Approximately $257 million is bet on NFL legally every week in the United States, from Week 1 to Championship Sunday, according to 2019 estimates.

Thank you for your feedback
Sorry, something went wrong. 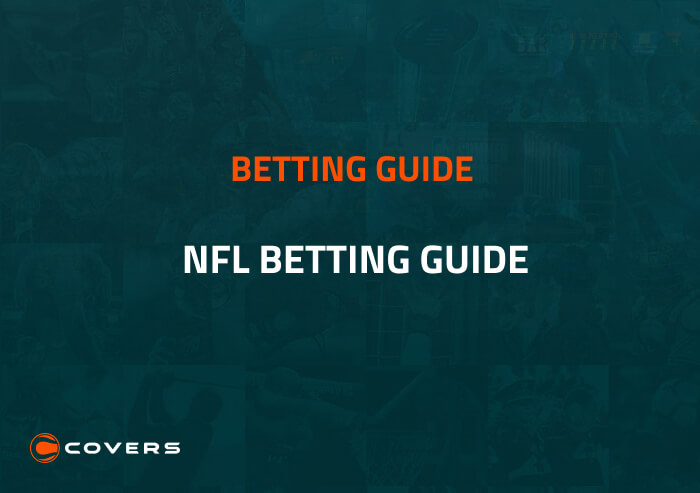 Betting Guide
Betting Tools
Get the best sports betting information delivered straight to your inbox for free.
By signing up for the Covers newsletter, you agree to receive electronic communications from Covers about our products and services, as well as other content that may be of interest to you
About Us
Contact Us
Careers
Our Team
Our Community