Betting the Over/Under in the NFL is wagering on the total combined score of both teams at the end of the game. Get some NFL Over/Under betting tips with this guide.

Football Over/Unders are an exciting way to wager on NFL odds every Sunday, allowing bettors to wager on the total score instead of picking a winner.

How the Over/Under works in football

The Over/Under in football starts with the oddsmakers' projected total for the game. NFL betting sites will post an Over/Under for every game on the schedule based on the teams' offense, defense, injuries, and other factors like home/away splits and weather.

How to read NFL Over/Under odds

Using the table above, we see that the game's Over/Under total is set at 52 points. A wager on the Over would need 53 combined points to win, while a bet on the Under requires 51 points or less to cash in.

If the final score is 31-20 – a combined 51 points – then the game went Under the total, and those bettors who picked Under 52.5 points would win their wagers.

As with NFL point spreads, Over/Unders come with a second set of odds known as the vig or juice. These odds are essentially the cost of placing the bet. Most operators deal a flat rate of -110 for both the Over and Under, meaning that for every $1 you wish to win, you must risk $1.10 ($110 to win $100).

Suppose the final score exceeds the projected total. In that case, a bettor who wagered on the Over will receive their original wager back ($110) along with $100 in winnings. That leaves a $10 profit for the sportsbook.

If the oddsmakers are accurate in their projected total, the Over and the Under should draw roughly equal money.

In cases where one side of an Over/Under takes on more money than the other, books may adjust their lines. For example, if an Over/Under is set at 47.5, and more money is bet on the Over, oddsmakers could adjust the juice from Over -110 to Over -120 of move the total itself, jumping from 47.5 points to 48.

Whatever total and juice you place your bet at is the Over/Under line it will be graded on, regardless of how much the odds adjust before kickoff. Suppose a final score lands directly on the Over/Under number. In that case, the game is graded as a push, and original wagers are returned.

Here are some simple betting strategies to follow when betting on Over/Under NFL lines.

Get to know what makes each team in the matchup tick on offense and defense. If one team is among the top passing teams in the NFL and the other has a soft secondary, then you know there's a good chance that offense will score a lot.

But if an offense depends on its running game and the opponent is among the stingiest run-stop units in the league, the yards won't come easy, and points could be limited.

Injuries are part of the physical style of football, and sometimes impact players can get sidelined, leaving oddsmakers to adjust to those missing talents. Quarterbacks will always have the most significant influence on the Over/Under odds, followed by standout receivers and star running backs.

However, beyond elite talents at skill positions, most single-player injuries won't budge the Over/Under numbers. That said, cluster injuries at a specific position or unit can play a huge factor in the outcome, such as multiple injuries to an offensive line or a starting cornerback getting sidelined.

With the football betting schedule stretching into the fall and winter, weather can be disruptive for those games played in outdoor venues. Over/Under bettors will want to find out which games could have poor conditions and bet accordingly.

Wet weather can make life hard for passing attacks, with slippery footballs hard to reel in, but officials swap dry footballs in for most snaps. Heavy snow can also burden both sides of the ball, leaving the playing surface slick and decreasing visibility.

But the most significant way weather can influence a final score – and therefore the Over/Under result – is wind. Strong winds can make it impossible to complete deep passes, plagues punts, and pushes field goals and extra points to the side.

Covers’ expert betting analysts make NFL Over/Under picks throughout the football season, and picks are released at least two or three days before each and every game.

Converting NFL Over/Under odds to team totals requires both the spread and total for a game. If a team is a 7-point favorite with a total of 51 points, the estimated final score would be 29-22, which means the favorite would have an Over/Under team total of around 29 points.

Yes, unless specifically stated in the bet rules, the Over/Under does include overtime.

If the final score is tied with the Over/Under, it is graded as a push, and original wagers are returned.

The O means Over, and the U means Under. 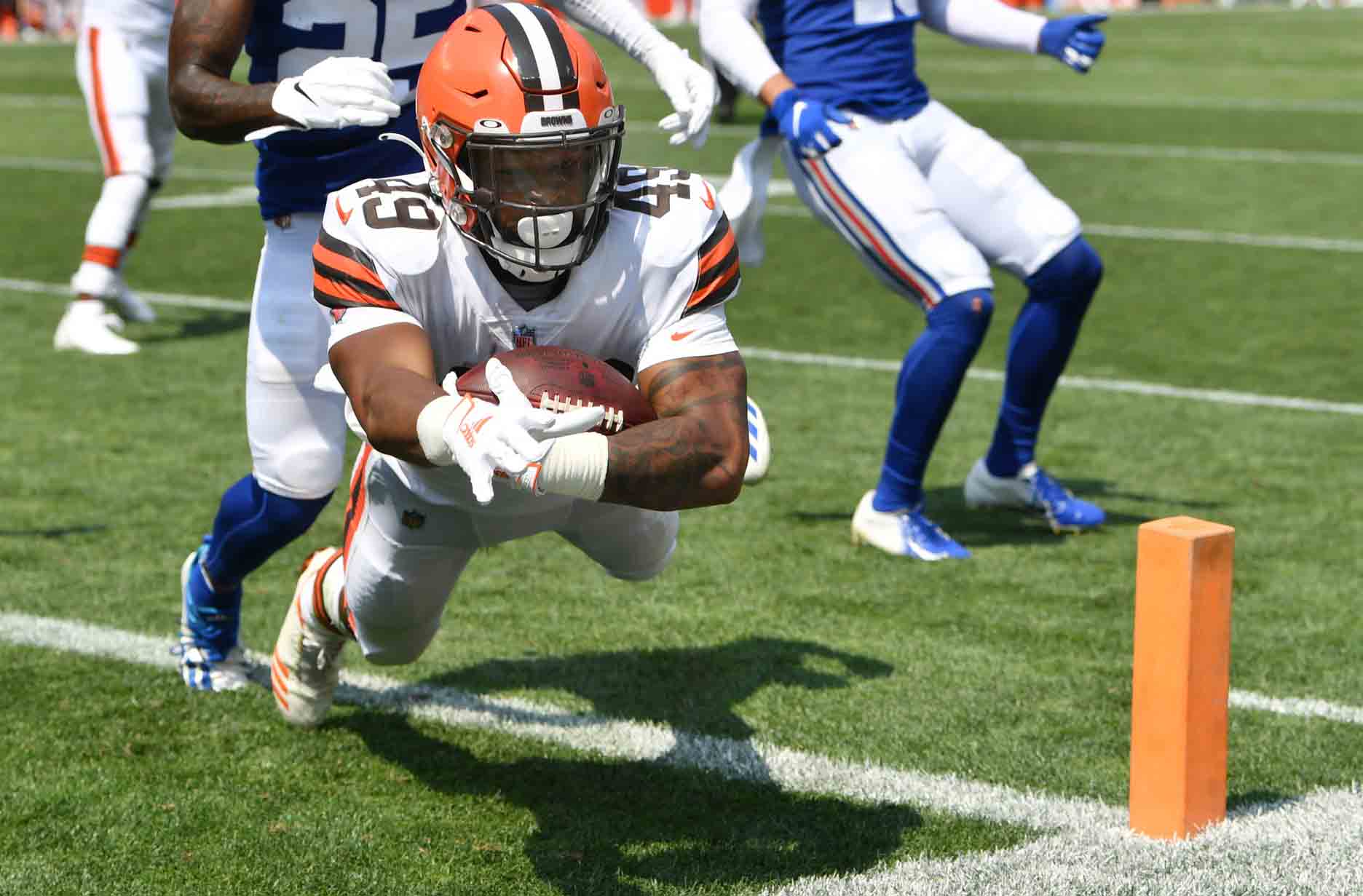