Multiple studies have examined the strong correlation between turnover margin and win probability. We break down the results and tell you what they mean for 2022 NFL betting.

Every season, bettors everywhere make the assumption that NFL teams that were good and bad the previous season (barring huge roster turnover) are largely going to perform similarly in the upcoming season. However, as some more well-versed bettors know, there are some key indicators that can help identify which teams over- and underperformed in the win column. One of those key indicators is turnover margin.

Turnover margin at a glance

• Since 2016, teams that had a double-digit positive turnover margin saw an average decrease of 10.5 in their margin in the following year

• Turnovers are predictive of future performance

The importance of turnovers

In addition to that, the study found the effect to be rather significant on a seasonal basis. Each additional positive turnover towards a team's margin is worth about 0.2 wins with an R-squared value of 0.419. For the less statistically-inclined, that means that while ignoring all other factors that impact winning and losing (point margin, opponents faced, etc.), turnover margin explained 41.9 percent of the variation in regular-season wins.

As you can see below, the 2020 turnover overperformers to watch for are the Titans and Colts.

The teams to keep an eye on this year are the Eagles, Raiders, 49ers, and Broncos.

But the effect isn’t just at season-end, it can also be a signal of regression in-season as well. In a separate study done by M. Beuoy, it was found that teams with strong season-to-date records with large turnover margins are likely to regress to the mean (and the inverse being true about weak teams with weak turnover margins).

So, we know over- and underperforming in the turnover category is predictive of future performance, but are turnovers themselves predictable?

As an extension of Harvard Sports Analysis Collective's findings, they modeled the likelihood of a turnover being attributed to talent as opposed to luck borrowing some methodology from Tom Tango, a sabermetrician. The findings showed that about 46 percent of all turnovers could be attributed to talent (quarterbacks with low/high INT percentages, defensive linemen particularly proficient at strip-sacks, ballhawk defensive backs, etc.) and the remaining 54 percent to luck (tipped interceptions, the way the ball bounces on a fumble, etc.).

Thus, in summation, fumbles themselves are not very predictable. Given that we know that each incremental fumble towards a team's fumble margin is equal to about 0.2 wins, this creates both positive and negative performances that are extremely hard to repeat at both ends of the turnover margin spectrum. This contributes to misled optimism and pessimism towards these extreme performers when it comes to predicting the future success and failure of teams.

Turnover margin has a significant impact on winning in the NFL Teams that win the turnover margin win the game almost 70 percent of the time. 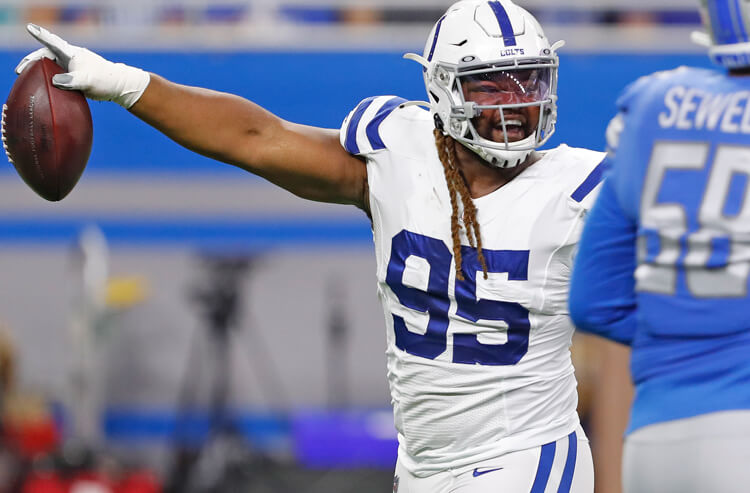