NFL Teaser Strategies: A Bet to Make for Week 15

Updated Wong Teasers are 5-1 on the season — and there is a bet in play for Week 15.

Have you ever looked at a sportsbook’s NFL lines and noticed something like the below?

Sure, it makes sense to see a price like that listed for key numbers, but you’ll often see it out on non-key numbers a few times across a slate. The reason for it is teaser protection on the sportsbook’s behalf.

NFL teaser strategy at a glance

•Totals remain to be a suboptimal way to play teasers

The reason why teasers can be a +EV bet is that it is a fixed-odds bet. It doesn’t matter which spreads you pick for your teaser; the payout odds are always the same. And since not all point spreads are created equal due to the frequency that games end on football’s key numbers, we can use the fixed odds in our favor to make +EV wagers.

Well, for one, it is essential to know your book’s teaser rules. The most crucial distinction is the handling of pushes:

Secondly, and this is the golden rule of teasers, NEVER cross zero.

So what should we be targeting?

Try to cross two key numbers, and aim to go across three and seven in particular because they are the two most important key numbers in football. Around 15 percent of games land on three, and another 9.5 percent land on seven. Grabbing other key numbers like 10 and 14 are okay but not the best for maximizing probability.

Using the example spreads from before:

But what about totals? Quite simply, it is wise to avoid teasing NFL totals because any point stretch of totals will never come close in cumulative frequency to an equal point stretch in spreads that includes three and seven.

The one thing totals can help us with when it comes to teasers is helping us get the most out of the type of spreads we pick. Lower totals fundamentally imply that each point in that game is harder to come by. So intuitively, each point we’re gaining on a low total game spread adds to our frequency sum.

But this low-total idea isn’t an original one, which brings us to the holy grail of teasers.

In his book Sharp Sports Betting, Stanford Wong outlined a teaser strategy that would aptly be named and referred to in the industry as the “Wong Teaser.” The gist of it is:

Wong Teasers provided high profits for over a decade. They were so profitable that Stanford Wong arguably changed the way books offer their lines and how they price and grade wagers.

You can look at any sportsbook today and see his influence:

But we adapt. Many bettors have made adjustments to help improve the theoretical profit of Wong Teasers to combat the increased difficulty. Some have proven to show some promise, such as limiting it to spreads from games with totals of 49 or lower (which adds about 1.0 percent to the hit rate of each individual leg). Others have suggested limiting it to just home teams for both favorites and underdogs.

So to review, my suggested updated Wong Teaser strategy moving forward would be the following:

Approaching teasers for the 2021-22 NFL season

Not every week of the NFL season will have the ability to fill these updated Wong Teasers. Since books have gone to war with Wong Teasers for a while now, the profitability is much slimmer, and we need to be extremely cautious and patient.

So far, there have been five opportunities to play updated Wong Teasers and they are 5-1 on the season, with the lone loss coming in Week 10:

We get a second consecutive week with an updated Wong Teaser opportunity. We're teasing New England from +2 to +8 and pairing it with Cincinnati, which moves from +2.5 to +8.5.

We'll continue to monitor for more opportunities throughout the year — follow us on Twitter to be updated when a play becomes available.

When should I bet NFL teasers?

According to the updated Wong Teaser, it is best to play teasers on two-team, six-point road team teasers with favorites of -7.5 to -8.5 and underdogs from +1.5 to +2.5 with totals of 49 or less. It is generally best to place the bet on Friday, Saturday, or Sunday once the betting market has settled.

What is the Wong teaser in football?

The Wong teaser is a betting strategy developed by sharp bettor Stanford Wong that recommended to play a two-team, six-point teaser and to only play spread favorites of -7.5 to -8.5 and underdogs from +1.5 to +2.5. 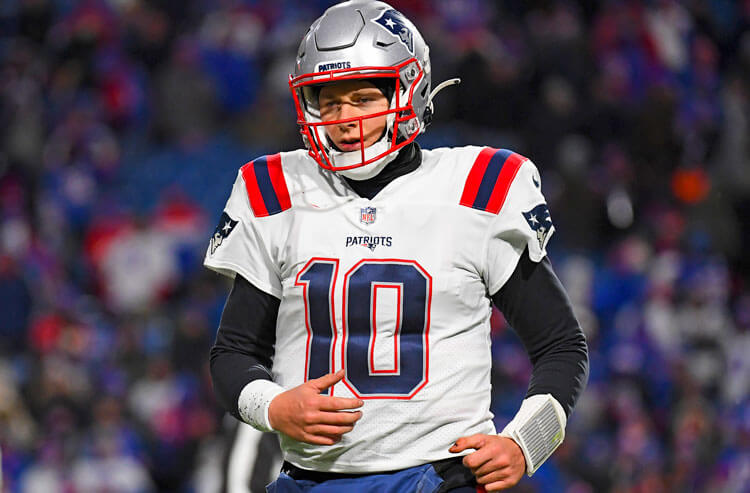 NFL Teaser Strategies: A Bet to Make for Week 15
Provided by