NFL betting expert Jason Logan gives you everything you need to go out and make winning bets on August football. See preseason odds and learn why NFL preseason betting can be advantageous.

NFL preseason betting is a time-honored tradition for professionals and informed bettors.

Why should you bet on the NFL preseason?

When learning how to bet on football, it’s essential to do your research to find value. Still, the uncertainty of the NFL preseason is a struggle for both bettors and oddsmakers.

The gap between bookies and bettors — which widens with every week of the regular season — is never as narrow as in the NFL preseason. There is tremendous value to be found in that narrow window (even more narrow now that the preseason is down to three weeks).

The first place to start when betting on any football game is to find the best NFL odds available in the betting sites available in your region.

Below, we show you the odds available for upcoming games in the NFL preseason. Use our NFL odds comparison tool to see what odds are available at other football betting sites.

If you’re wondering how to bet on the NFL preseason, here are some tips and tactics to help navigate the August agendas and strike the sportsbooks while the exhibition iron is hot.

Read all the NFL preseason news

The great thing about the NFL preseason is that sports betting sites and bettors are both in the dark when the lines roll out. Coaches don’t reveal their plans until usually the day before a game. By that time, NFL odds have been up for a while. If you catch an online presser or read a quote from a coach spilling the beans on his starters’ playing time, you can quickly get down before the lines adjust.

Research is everything for preseason capping. Find out how many snaps the first-teamers will get, what the focal point of the offseason is — offense or defense — and wager accordingly. Also, keep an eye on camp injuries or how veteran players treat the tune-up games. Some star players go through the motions in August, and ones limited by injuries won’t risk going all out before the real games start.

A team trying to establish some momentum on the ground will likely run the ball a lot — therefore keeping the clock ticking and the final score Under the total. Suppose a team is trying to fill roster spots in the secondary and is plugging in rookies and inexperienced players in its pass defense. In that case, look at the other team to air it out and exploit those weaknesses.

Stay up-to-date with our NFL news and analysis, and check out our free expert NFL picks.

Like starting pitchers make up 90 percent of baseball handicapping, quarterbacks hold a similar value when betting on the preseason — and football overall. It’s the most critical position on the field and can single-handedly make or break your bets.

Finding a team with depth at quarterback is the key to success during the exhibition schedule. The No. 1 passer will likely only take a handful of snaps in the preseason, turning the offense over to the backups.

Look for teams with an experienced backup under center. Many clubs have veterans and former starters on the roster, guys who won’t freak out on the NFL’s big stage like rookie QBs and wet-behind-the-ears free agents. These vets can keep the chains moving and often excel against an opponent’s second and third-tier defense.

Check out our NFL scores and matchups, and players pages to see important odds and important stats for NFL teams and players.

Get to know new coaches and schemes

The NFL preseason is like summer school. Many NFL teams are transitioning their playbook, whether with a new head coach, coordinator, or just an overall flip in how they do things.

New head coaches aren’t necessarily a red flag. They often feel pressured to win in the preseason to impress the front office and fan base, giving some teams added betting value. On the other hand, new coordinators work in different plays and schemes, which usually come with a learning curve.

Read up on how teams adjust to new systems and offenses, especially if there is a dramatic shift in gears, like speeding up with no-huddle attacks or going from a 4-3 defense to a 3-4. When these teams take on established coaches with implemented systems, there can be value in going against those new faces on the sideline.

During the regular season, the infamous 3-point spread is everywhere. And while a field-goal line is a key number in football betting, it loses some of its stature in the preseason.

Teams are more likely to go for a two-point conversion or try their luck on fourth-and-short in the preseason than play it safe. Not only do the games not matter, but a fourth-down gamble or two-point attempt is an extra set for the offense as it works toward the regular season.

Depending on how those dice rolls play out, the final score can either be closer than three points or well over it. It’s rare to see a preseason spread of more than three points, with most bouncing between 1-2.5 points.

One last note: don’t be too proud to steam chase. As mentioned, the preseason lines are shark-infested waters, and books will move quickly off sharp opinions and one-sided action. If you see a spread or total starting to wiggle, get on board and try to get the best number before the line value is dried up.

Before the league dropped Week 4 of the preseason in exchange for Week 18 of the regular season, the third exhibition outing was the closest we’d get to “real” football in the summer. It served as a dress rehearsal for Week 1 and the final preseason game was more about rounding out the backend of the roster and practice squad — becoming a true craps shoot when handicapping.

With a shortened tune-up schedule and a week off before the start of the regular season, Week 2 and Week 3 of the preseason will hold more weight in terms of prep for the first-teamers. That’s when starting players log the most time, working most of the first half and sometimes into the third quarter.

Depending on progress and player experience, Week 3 could mean more to some clubs than others. Coaches are making their final cuts, players are fighting to stay on the roster, and the coordinators are tightening their playbooks’ final nuts and bolts. Dig into the preseason results and how each team is progressing week to week.

Where can I bet on the NFL preseason?

Yes. All regulated betting sites and sportsbooks in North America will offer betting markets on the NFL preseason.

Get the latest preseason odds on our NFL odds and odds comparison page.

The NFL preseason begins in August and consists of three weeks worth of exhibition games for every team in the NFL prior to the start of the regular season. 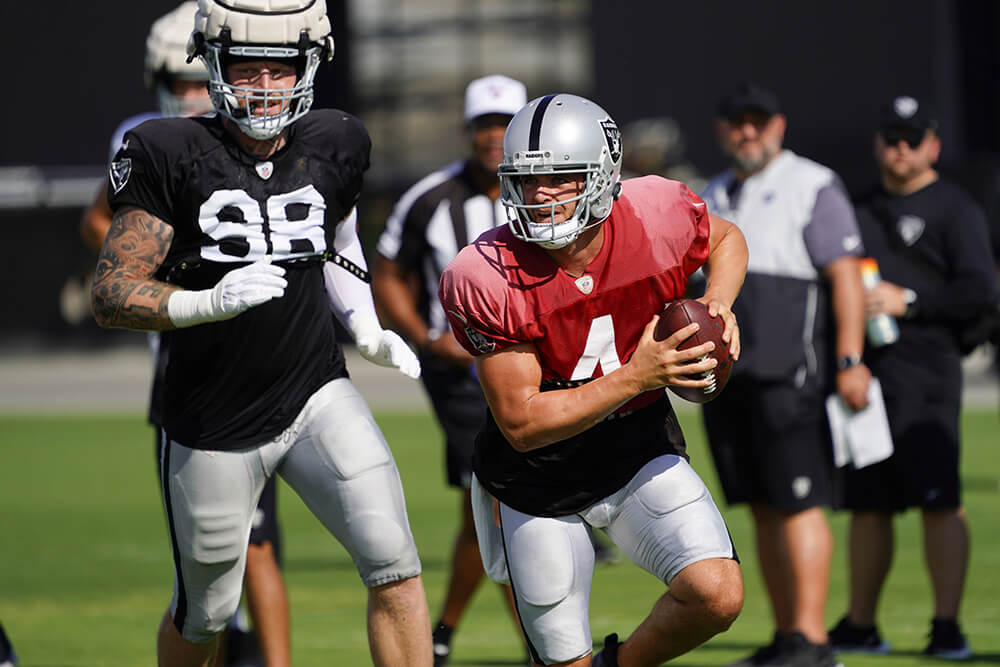