The average home line for NFL games continued to trend down last season. Learn what to expect in 2022 from NFL handicapper Shawn Wronka.

For a long time, if you asked any regular NFL bettor what home-field advantage was worth, you more or less got the same answer: three points on the spread. But the collective understanding of what home-field is worth in the current day has evolved rapidly due to a long-standing downward trend, and adjustments suggested and made during the fanless crowd season of the COVID pandemic.

Last year saw the league-wide return of fans to stadiums. Many analytical bettors and analysts kept a keen eye on home-team performance compared to the previous fanless season and the at-large downward trend that began over a decade ago. So how did things exactly shake out?

In 2019, home teams won just 52.3% of games (the second-lowest mark at the time), and their average scoring margin was just 0.1 points (the lowest mark at the time). Their spread cover rate was also just 43.1% despite the average home line plummeting down a half point from the previous season (-2.5) to a new all-time low of -2.0.

The shifts in the market and home-team performances had many bettors and analysts claiming that home-field advantage was effectively dead before last season. But considering the exceptional circumstances of the 2020 season (with little to no fans in attendance) and anticipating the return of fans having at least some effect, we warned against that mentality.

Understanding the change, setting the expectation

So what parts of diminishing home-field advantage were noise, and which held weight?

The mental and physical toll of traveling has eased over time. Whether it's the travel itself becoming less taxing, the hiring of sleep scientists to optimize sleep schedules or improving technology enhancing game preparation during travel, there are plenty of reasons traveling teams are at a much smaller disadvantage than they were a decade or two ago.

Some data supports the notion that referees are inherently biased towards home teams, most likely due to the pressure to appease home crowds. In the three seasons before 1999, home teams had a 62.0% win rate and 52.6% cover rate. Then in 1999, the NFL introduced challenges and instant replay for the first time. In the three seasons following the change, the home-team win rate dropped to 56.9%, and their cover rate dropped to 49.7%.

A study by Ben Caterine of the Northwestern Sports Analytics Group further supports the notion that fan presence impacts performance.

In said study, Caterine examined home team performance during the 2020 "COVID" season during which fan attendance was allowed to varying extents. He found that home teams won 54% of games when fans were allowed and only won 47% of games when no fans were permitted.

All in all, we concluded that the 2020 season was an extreme outlier and worth ignoring. And when examining and paying respect to home-field advantage trends dating back to 2007, we predicted that the average home line would land around -1.9.

So how did we fare?

"Why the 15-year window?" you may ask. That is when the trend began of the yearly average home line becoming lower (or closer to zero) than the three-year rolling average (the average of the three years prior). "Why is that significant?" you may also ask.

It signifies that the year-over-year decrease in home-field advantage is outpacing (rather sizably) the more moderate three-year trend. The chart above shows that the average home line has been lower (or closer to zero) than the three-year rolling average in all but three of the last 14 seasons (2013, 2014, and 2018).

That isn't to say there aren't valid reasons to believe it could or should be higher or lower. On the one hand, you could argue that last season still featured COVID-related travel stresses that were more taxing on traveling teams that won't be in place this year, and for that reason, home-field advantage should be lower.

On the other hand, we did note in our mid-season analysis that home teams had performed abnormally poorly in the first half of the 2021 regular season. They had won just 48.1% of games through Week 9 (2.5% lower than the previous all-time low) and covered 42.9% of the time.

We found that small home favorites (three points or less) were the culprit, going 5-19 straight up against the spread during that time. Those performances were driven mainly by a massive outlier in turnover differential. In short, small home favorites were committing twice as many turnovers as their opponents, and as we covered last year, turnover margins greatly impact win probability.

Even if traveling teams will have an easier time due to relaxed or removed COVID-related travel stresses, the abnormal home-team turnover margins and resulting record and spread performances from the first half of last year should regress to counteract that.

Wrapping it all up, expect the average home line to be -1.7 in the 2022 regular season.

While home teams are generally still favored to win NFL games, their average home line has been coming down over the past decade.

The average home-team point spread was -1.8 in 2021, implying that home-field advantage was worth just shy of a point in 2021. 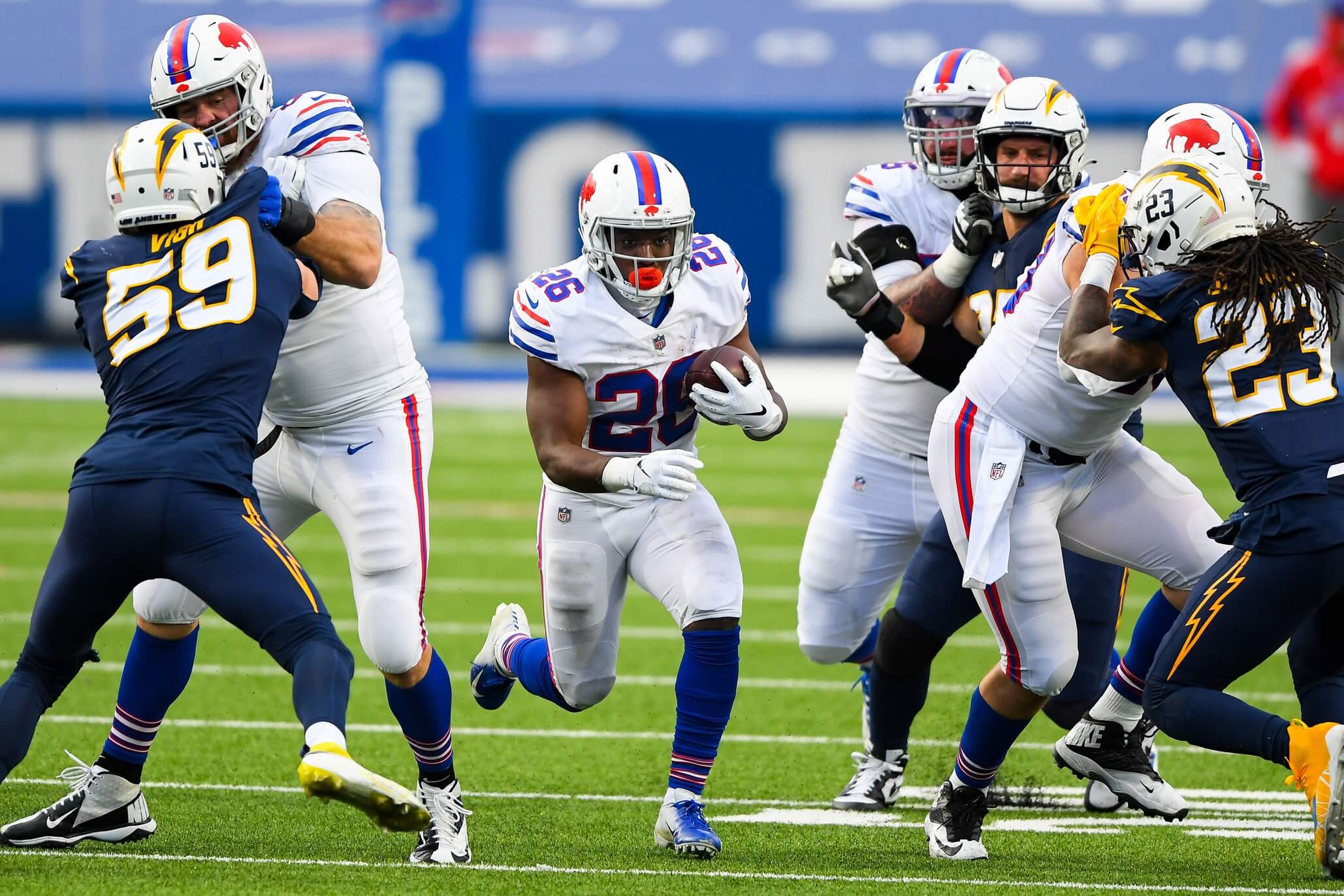