Jameis Winston remains at QB for the New Orleans Saints but Sean Payton won't be calling plays, as he followed Drew Brees out the door. Some things have changed, others remain the same, and we break it all down with our 2022 Saints betting preview. 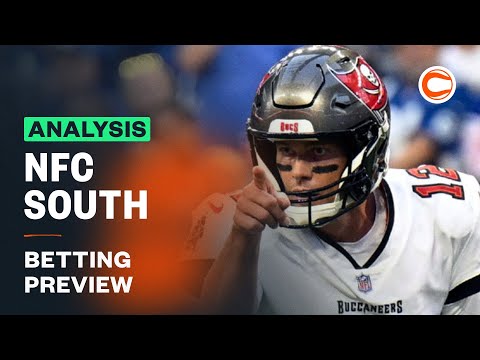 With Drew Brees jumping into the red-hot pickleball space and retired head coach Sean Payton putting his feet up (before picking out homes in Dallas), no one would have blamed the New Orleans Saints for tearing down the Mardi Gras float in 2022.

But, with veteran defensive coordinator Dennis Allen taking over the head coaching reigns and long-time Payton staffer Pete Carmichael calling the offense, it’s business as usual in the Big Easy. That means pushing for a postseason spot.

The Saints’ NFL odds are split on the success of NOLA this season, with a break-even win total and the playoff props projecting a fight to the finish for New Orleans. Can the good times continue to roll in the Crescent City? We find out with our New Orleans Saints 2022 betting preview.

Running down the standard SOS, QB SOS, and tricky schedule spots, on top of the uncertainty around the coaching changes, Jameis Winston and Michael Thomas’s health, and Alvin Kamara’s pending suspension, you clearly see six wins and can comfortably stretch it to eight for the Saints, but I think that’s it.

Nine wins would put New Orleans in the playoff mix but the postseason props do lean toward the Saints missing out on the tournament. That New Year’s Day battle in Philadelphia (another club on the cusp of the playoff projections) is going to be huge.

Allen and the rest of the remaining staff soften the blow of losing Payton this offseason, but there will be times in which New Orleans misses his masterful coaching edge.

Allen was a no-brainer for head coach and that promotion also keeps continuity among one the best stop units in the NFL. The Saints have long been the standard in run defense and now complement that brick wall with a nasty pass rush and a talented secondary.

This defense can take away the ground game and force foes to run a one-dimensional offense. That plays into the hands of a stop unit that has recorded 36 total interceptions and 91 sacks the past two seasons. NOLA already ranked 22nd in my QB SOS and that chaos will make even the elite passers nervous.

New Orleans’ defense finished second in EPA allowed per play and No. 3 in DVOA at Football Outsiders in 2021 and didn’t lose much in the way of personnel this offseason. The Saints were 9-8 against the spread last year and allowed 20 points or less in six of those ATS victories.

What will lose bets: Quarterback play

Smart bettors hate small sample sizes, so it’s tough to go all-in on a stellar seven-game stretch for a QB coming off a torn ACL — especially when that quarterback’s past exploits give us a rather large sample size of inconsistency. So, which Jameis Winston shows up this season?

Winston made us forget about Brees in his brief time in 2021, playing the role of modest game manager (averaging just 167 yards per outing) but connecting for 14 touchdowns and only three interceptions before going down in Week 8. From there, New Orleans was counting on Taysom Hill, Trevor Siemian, and Ian Book under center. It went from 5-2 SU (4-3 ATS) with Winston to 4-6 SU (5-5 ATS) without.

Winston limped without a knee brace in OTAs but didn’t miss a snap and he’s got a ton of weapons around him. The price is right ($1.2 million base in 2022) and the ceiling is high, but can the former No. 1 overall pick stay healthy and focused enough to complement the efforts of the defense?

Early lookahead lines had NOLA as a favorite in only five games with one pick’em (Week 16 at Cleveland OTB), projecting 5.5 wins — a 2.5-win difference compared to the Saints’ opening win total of 8 (Over -130). However, as other books rolled out early-bird spreads and the markets matured, we now find New Orleans as the betting chalk in six games with one PK.

The Saints were handed the seventh toughest schedule in SOS rating and have some nasty clips of the calendar, including playing only one home game in the opening four weeks (includes a London showcase) and a home stretch that sees four of the final six outings away from the Superdome. But considering this squad started last season 5-2 after being displaced due to a hurricane, I think they can handle it.

The Saints did, however, rank out just 22nd in the QB SOS, which measures the quality of opposing passers faced. That was one of the biggest differences in standard SOS vs. QB SOS for any team in the league. So, while the travel sked is shite, the level of competition may not be as stiff as you think.

You could easily make a case that this is a Top-3 roster surrounding their quarterback. If Winston is just average, this is a playoff team. I bet them 20-1 to win the NFC as well as many other wins-related bets.

As mentioned, the start to 2022 features two road games in the first three weeks before the league sends the Saints to London to match up with Minnesota in Week 4. The Dennis Allen era eases into action with a Week 1 trip to Atlanta.

New Orleans has moved as much as two points across the market for this opener, hitting the board as low as -3.5 in the spring and now sitting as high as -5.5. Kamara’s looming suspension has some books treating this game with caution but recent reports state that a decision from the league on his felony battery case could be a while and that opens the door for Kamara to play in Week 1.

The Saints see where they stand in the NFC South in Week 2, welcoming the big bad Buccaneers to the Superdome. New Orleans is out there between +3.5 to +4 and had great success against Tampa Tom the past two seasons, going 4-0 SU and ATS in the regular season while losing in the playoffs in 2020.

The division dance continues in Week 3 when New Orleans heads to Carolina, giving the host Panthers between +1 and +2.5. Some books opened this lookahead line at NOLA -2 and Carolina’s addition of Baker Mayfield slimmed it a full point. However, other books aren’t budging on Baker and actually have New Orleans as high as -2.5. The Saints were 9-2 SU and 9-2 ATS as a road favorite of less than a field goal in Payton’s time with the team (2006-2021).

We hinted at this gnarly situational spot above. The Saints come to the pirate ship as touchdown dogs but it’s not just the Bucs working against them in Week 13. New Orleans could be tenderized by a rough run of schedule that features four defenses that finished Top 7 in sacks last year.

New Orleans plays at Pittsburgh in Week 10 then comes home to host the Super Bowl champion Rams in Week 11. From there, it’s a cross-country trip to the Bay Area to battle the 49ers before flying back to the East Coast for a trip to Tampa for Monday Night Football in Week 13.

And depending on how things are shaking down in the Big Easy, a late-season bye in Week 14 could set a potential lookahead spot for a team likely licking its wounds after a run of hard-hitting foes.

New Orleans went 7-10 Over/Under in 2021 and the foundation for more Under results is there with the stout stop unit. Bookies are giving Allen’s defense the benefit of the doubt, with the lookahead lines featuring 10 totals below 45 points.

If we just look at the seven games with Winston (3-4 O/U), we see promising passing DVOA metrics and an offense that averaged 12.7 yards per point. Mix in Thomas and some speedy downfield threats in 2022, and Winston & Co. could spoil plenty of Under bets this season.

The window for those Overs will be wide open in the first few weeks — if the offense picks up where it left off under Winston last Halloween. The market is unsure about this offense but will quickly correct and hike game totals if Carmichael’s crew comes out flying.

Honestly, if Winston throws 14 interceptions, that’s pretty good considering his track record for turnovers. His biggest standout stat from limited work in 2021 was his trio of INTs vs. his TD count of 14.

Those three picks were a vast improvement from his turnover troubles in Tampa Bay, but NOLA is going to ask him to throw more in 2022 — and throw deeper with Thomas back and some burners in the receiving corps. The Saints were dead last in passing play percentage with Winston under center, throwing on only 47% of snaps in those seven 2021 games.

Carmichael may not have a choice but to up Winston’s activity if/when Kamara is suspended for the suspected six games. New Orleans does play some sound defenses in 2022 and many of those foes like to bring extra pressure (Bucs, Panthers, Cardinals, Ravens, Rams, Vikings, Steelers) which can lead to wayward throws from Winston.

Continuity is the name of the game in the Big Easy (well, that and beads) with the organization promoting from within and trying to keep the winning culture Sean Payton propagated alive beyond his tenure with the team.

One thing Payton was great at was winning on the road in NFC South showdowns. New Orleans was not only dominant in those divisional away games but covered and cashed in for Under backers — even in the nonsense of 2021, where NOLA finished 2-1 SU and ATS and 1-2 O/U when visiting NFC South rivals. 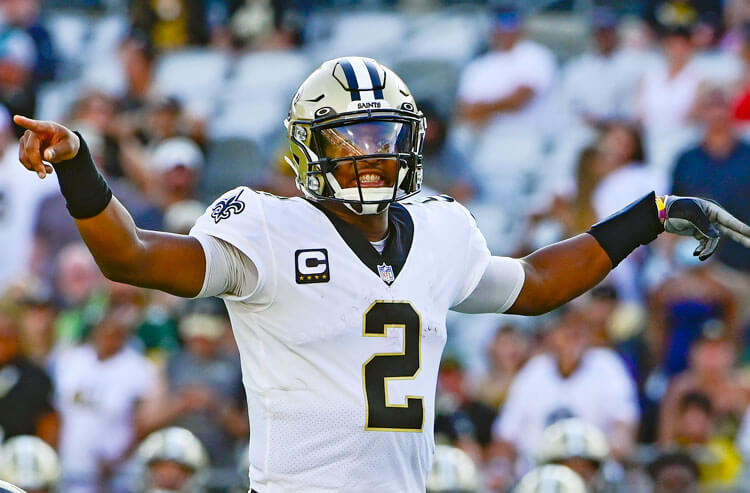