The finalists have been announced, and as we await the outcome of the NFL MVP odds, Patrick Mahomes sits as a very heavy odds-on favorite. Get the latest update on the award race below.

As the NFL playoffs wind down towards the Super Bowl, the league's finalists for regular season awards have been announced, headlined by the MVP contenders.

The five players who closed the regular season atop the NFL MVP odds board have been named as finalists, with Chiefs QB Patrick Mahomes sitting as an overwhelming favorite.

As we await the official announcement, here are the latest NFL odds to win the 2022-23 NFL MVP award.

(Editor's Note: This article has been updated to reflect the announcement of the finalists. The market is currently OTB, odds below are accurate as of January 4, and subject to change.)

Odds courtesy of DraftKings Sportsbook as of January 4, 2023.

It seemed like the MVP was Patrick Mahomes' to lose, then he seemingly did just that following up a loss to the Bengals with a three-pick day against the Broncos.

While Mahomes and the Chiefs were again pushed by an inferior foe in Week 15, against the Texans, the former MVP regained favorite status as Hurts' season was thrown into a blender. At this point, it's difficult to imagine anything that could take Mahomes' second career MVP nod away in the final week.

Beating the Chiefs and Mahomes is impressive. Beating them three times is even more so. Beating them in three straight games in the space of a year? That's almost an impossibly amazing achievement but one Cincy has come to expect out of Joe Burrow.

Much like last season, Burrow is thriving behind newfound protection and has the Bengals playing like a dangerous out for anyone in the AFC, with seven wins on the bounce moving them to 11-4.

Josh Allen and the Bills retained top billing as the league's best player and team throughout the offseason and the first two months of the season. However, after Buffalo tripped up against the Jets and then lost the game of the year to the Vikings, Allen fell out of the Top 3 completely.

Though Buffalo's gotten back on track, with six wins in a row, Allen is looking at too steep of a hill to climb in order to catch up with the candidacies of Mahomes and Burrow.

How to bet futures odds

While the bigger names tend to be strong MVP betting favorites, there are also live long shots that can provide tremendous value. Look at younger players on the verge of breaking out, or guys that have already been playing at a high level but could take the next step now that they are in an ideal situation with a new team, coach or system.

Other players that can give a great payout are established stars coming off under-performing seasons due to injuries or other factors. If you're lucky you might be able to catch them in a bounce-back year.

For example, in LeBron James' first season in Miami, he was viewed as a villain or heel by the media and Derrick Rose, who ended up winning MVP, was the perfect foil for that. When Ron Dayne won the Heisman trophy back in 1999 it was viewed by many as a well-deserved reward for his entire career at Wisconsin.

The NBA MVP, for example, almost always goes to a player on the best or second-best regular-season team in the league. While the NFL MVP has been handed out to a quarterback in 12 of the last 13 seasons.

Identifying those trends is a good way to separate the true contenders from the pretenders.

The NFL MVP Award has been dominated by offensive players since its inception. Alan Page (1971) and Lawrence Taylor (1986) are the only defensive players to receive the honor since 1957.

Aaron Rodgers won his fourth MVP last season with pre-season odds of +900. He's on the board to win it once again at +1,000. 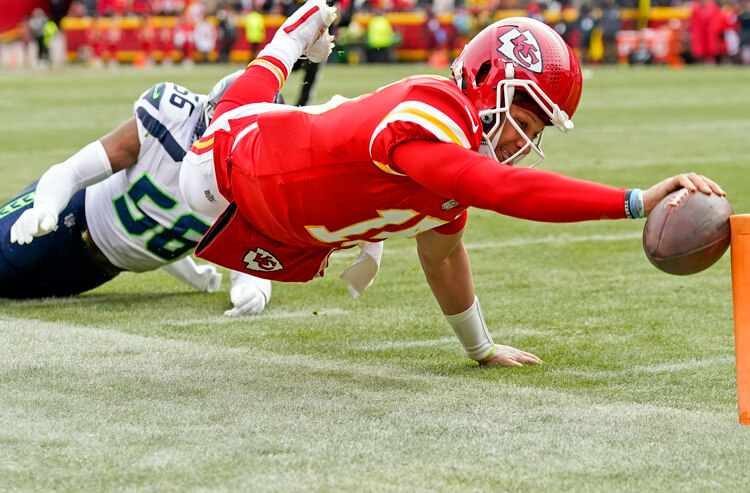