With a shakeup on the sidelines and an offense capable of scoring plenty, Minnesota will look to build upon its rough 2021 campaign. Will it be able to make a run for the division? Find out in our Vikings betting preview for the 2022 campaign. 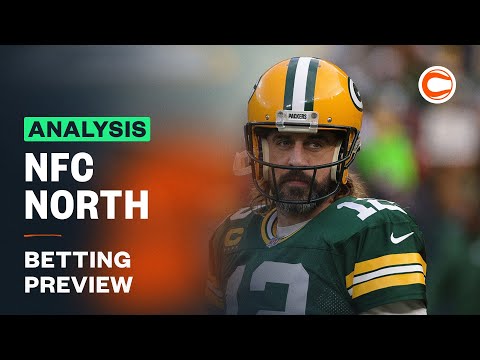 If you bet on the Minnesota Vikings last season, there’s a good chance your Fitbit shows wild swings in heart rate and stress levels for those three hours of action. The Vikings finished 8-9 straight up and 9-8 against the spread after playing in 13 games decided by eight points or less, including three overtime finishes.

Minnesota was 5-8 SU in those nail-biters (2-5 SU in games decided by four or less), which was enough to show Mike Zimmer the door and flip the philosophy of the franchise with new head coach Kevin O’Connell — a product of the McVay machine out of L.A.

The Vikings’ NFL odds are encouraging, especially considering how the lookahead lines are rolling out for the 2022 slate, which peg Minnesota as a point spread favorite a dozen times this season.

Is that love warranted? We discuss in our Minnesota Vikings 2022 betting preview.

Some books are dealing this futures market as low as 8.5 (Over -155) but given the talent level, soft schedule, and positive hires on both sides of the ball, I’m confident the Vikes have 9+ wins in there somewhere.

Lookahead markets have Minny favored in as many as 12 games, and if the team can flip the success of those one-score games from 2021, there’s a good chance the Vikings will challenge not only for a Wild Card spot — but put some pressure on the Packers in the NFC North.

We’ll know if they’re up to challenge soon enough, with Green Bay slotted for Week 1.

What will win bets: Firepower

The Vikings have some fun players on this offense. Receivers Justin Jefferson and Adam Thielen are about as good a 1-2 punch as you’ll find in the passing game — and running back Delvin Cook is a problem for rival defenses — both on the ground and through the air. O’Connell’s playbook isn’t married to the run like previous Vikings teams and will mix and move his top talents around to keep foes guessing.

That brings us to Kirk Cousins. No quarterback divides football bettors more than Minnesota’s, even within their own fanbase. Cousins has his shortcomings, which are a little less forgivable given his paycheck, but he’s better than 60% of the other starters in the league and will see a spark with his former QB coach from his days in Washington running the show this season.

The Vikings were a massive disappointment on defense last season, forcing the axe to fall on Zimmer and bringing in seasoned vet and former Broncos coordinator Ed Donatell. He’s switching this squad from a 4-3 to a 3-4 defense and leaning on a talented group of linebackers and converted lineman to keep the pressure coming.

The Vikings' defense played down to competition last year, allowing big yardage and making even the most toothless attacks look dangerous (Lions scored 29, Panthers scored 28, Steelers scored 28). That played a large part in the countless blown leads from this team.

Donatell’s system has a lot of moving pieces and is a big step away from seven years worth of Zimmer ball. If the stop unit struggles with its identity, it will waste whatever the revamped offensive puts forth and burn bettors for another year.

Minnesota gets a fairly easy schedule in 2022, ranked out 20th in standard strength of schedule and 23rd in my QB SOS, with Cousins coming out equal to or higher than the 11 other starters on the sked. That said, many of those opposing offenses are expected to improve this season.

The Vikings also have just seven true road games — with a trip to London to play the Saints in Week 4 — and only go east for those away tilts. Minnesota is an underdog in four of those road games, going 1-4 SU but 3-2 ATS as a road pup last season and owning a 14-27 SU record and 23-18 ATS count when getting the points away from home under Zimmer (since 2014).

Could be a dark horse in a wide open NFC. With elite playmakers surrounding an above average quarterback, Minnesota could be back in the playoffs if they can be on the right side of end-game variance this season.

The Vikes won’t wait long to kick the tires on the new-look defense, with Aaron Rodgers and the Packers coming to town for Week 1. Minnesota opened as low as +1.5 but that’s been bet up to +2.5 over the summer. Zimmer was 7-8-1 SU and 8-8 ATS vs. Green Bay during his time with the Vikings, including a 5-3 ATS mark hosting the Cheeseheads. If O’Connell wants to win over the Purple People Eaters, this is the game.

Week 2 takes Minnesota to the City of Brotherly Love to battle the birds on Monday Night Football. Minny is getting +2.5 points from the Eagles and that prime time slot has the anti-Cousins sect out in full fade force, with the Vikings’ QB notoriously flat under the light. Cousins’ teams are 10-18 SU in primetime including 2-9 SU on MNF for his career.

Minnesota is giving as much as a touchdown to Detroit at home in Week 3. The Vikings had trouble with the Lions last year, squeaking out a two-point win on a 54-yard field goal at home in Week 5, and giving Detroit its first win of 2021 with a 29-27 loss in Motown after trailing 20-6 at the half in Week 13. The Vikes could also get caught looking ahead to the cross-continental trip to London in the coming week.

The Vikings are one of the teams crossing borders for an international showcase this season, trading out a road game for a neutral-site showdown with the Saints in Week 4. Books have Minnesota installed as a 1-point favorite in what is a nasty spot for New Orleans.

The Saints will technically be playing their third road game in the first four weeks after opening on the road in Atlanta, coming home to face Tampa Bay in Week 2, and traveling to Carolina in Week 3. From there, NOLA heads to England for this 9:30 a.m. ET kickoff inside Tottenham Hotspur Stadium.

On top of that, a pending suspension for RB Alvin Kamara and WR Michael Thomas’ health issues could leave New Orleans without its best two weapons for this UK game.

The Vikings finished the 2021 campaign as the best Over bet in football at 11-6 O/U, due in large part to the turnstile defense that ranked out 25th in points allowed.

That stop unit gets a shakeup with Donatell and has many young guys in key roles. While the schedule doesn’t throw too much firepower at this D — outside of Green Bay, Buffalo, Dallas, and Arizona — a number of opponents are expected to improve on offense in 2022 (Philly, Detroit, Miami, Washington).

Offensively, the Vikings were run first in 2021 and ranked out as the eighth fastest tempo on offense in the NFL, something that could stick around under O’Connell. He wants to throw more than the 58.54% of snaps from last season.

While the Vikes averaged 25 points per game, they also failed to crack the 20-point plateau in five outings. O’Connell’s systems bring a lot more play action and misdirection, adding an aura of mystery to the makeup and should inject the Vikings with life, as his former McVay disciples did in Cincinnati, L.A., and Green Bay.

Early season Overs deserve a good look while the defense sorts itself out.

Justin Jefferson is the favorite to lead the league in receiving and, of course, has the highest yardage Over/Under on the board at 1,350.5 for 2022. These projections are warranted given Jefferson posted 1,616 yards last season — second most — but teams will toss extra coverage on him and pad against the home run ball.

Betting the Under on Jefferson isn’t a knock against former LSU standout, but more of a tip of the cap to the rest of the Vikings receiving corp. Thielen is a reliable target when healthy and the emergence of K.J. Osborn gives Cousins another weapon. Add in bigger roles in the passing game for the running backs, and Jefferson could see his targets drop (167 in 2021).

Despite getting canned, Mike Zimmer holds a special place in the hearts of football bettors, having led the Vikings to a 77-56-1 ATS record during his time in Minnesota (58%). That mark includes a 22-11 ATS record in non-conference games, including 3-2 ATS vs. the AFC North and the L.A. Chargers last year.

Blindly banking on this non-conference trend is not recommended, given the overhaul in the Vikes’ head office as well as coaches' room. But O’Connell has a shot to keep up this point spread success against the AFC in 2022. Minnesota draws the AFC North in non-con competition as well as a home date with Indianapolis.