Due to a case of the injury bug, last season was not one to write home about for Baltimore fans. With a healthy Lamar back, can his team return to the postseason? Find out in our betting preview for the Baltimore Ravens' upcoming season. 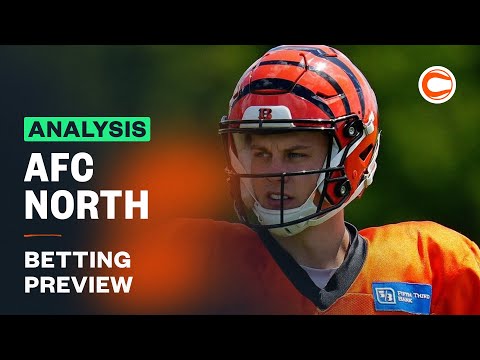 Injury issues started derailing the Baltimore Ravens’ 2021 plans before the schedule kicked off and stacked up week after week until the team reached a breaking point in December, when quarterback Lamar Jackson went down.

Baltimore is now healed up and will get back to what it does best: Pounding the ground. That dominating rushing attack fuels so many parts of this football team, including the squad’s performance on defense.

The Ravens are ready to return among the NFL’s defensive elite in 2022, with a twist: New coordinator Mike Macdonald. He’s adding new wrinkles to a stop unit that got stale under the blitz-happy, man-to-man schemes of Wink Martindale.

Baltimore’s NFL odds are calling for a return to glory for John Harbaugh’s crew. We see if it can make good on those projections with our Baltimore Ravens 2022 betting preview.

The Ravens’ December decline in 2021 delivers them a much lighter schedule than their AFC North counterparts. Baltimore’s standard SOS ranks out 23rd while Cincinnati (3rd), Cleveland (T17th), and Pittsburgh (T12th) not only face a steeper grade but also a tougher run of opposing quarterbacks (Ravens 21st in my QB SOS).

This team has a very advantageous start to 2022, getting some weaker QBs and teams undergoing offensive facelifts in the first seven weeks of action. Its three hardest contests in that span all come at home, hosting Buffalo, Cincinnati, and Cleveland.

The backend of the calendar holds a number of winnable games, including Carolina, Jacksonville, Atlanta, and two games with Pittsburgh — which barely beat a busted Baltimore team twice in 2021.

The Ravens’ AFC North futures price ranges, depending on love for the Bengals and Browns, and you can find them anywhere from +120 to +160 to capture the division crown.

What will win bets: Rushing game

The ground game is the lifeblood of Baltimore football and the cornerstone of Greg Roman’s playbook. The Ravens' rushing attack blew two tires before the start of last season with Gus Edwards and J.K. Dobbins going down, watching this offense drop from 54% and 55% running plays in 2019 and 2020 to just 44% in 2021.

Those RBs are back and ready to roll, along with the always dangerous wheels of dual-threat demigod Lamar Jackson, who dragged a broken 2021 team to sixth in yards per game (third in rushing yards/game) but couldn’t cash in those gains for points all by himself.

While Roman is expanding the playbook and looking for Lamar to grow as a passer, the Ravens’ ability to roll over opponents and dominate the football (always Top 3 in TOP) wears down defenses and leaves opposing offenses with fewer possessions to do any damage.

The 2022 schedule lines up well, if we bank on last season’s stats vs. the run. Outside of matchups with Tampa Bay, New Orleans, and Carolina, Baltimore plays 14 other games against run stops ranked outside of the Top 10 in EPA allowed per rush, including eight contests vs. units ranked 22nd or worse in that metric.

Rival stop units have seen the blueprint for slowing down Jackson, and when the Ravens’ rushing attack couldn’t produce, Lamar’s passing stats took a hit in 2021. He was 28th among qualified QBs in on-target throws, ranked out fifth in bad passes, and finished with a career-high 13 interceptions in just 12 games.

The talk of training camp is Jackson’s offseason improvements as well as a passing playbook featuring more play action and snaps from under center. However, just who is catching those throws remains the biggest question in Charm City.

Tight end Mark Andrews is the top target, especially now that Hollywood Brown was traded to Arizona. Baltimore didn’t bring in any additional receiver help, nor did it draft a WR prospect, instead hoping Rashod Bateman and Devin Duvernay can stretch the field.

Jackson’s shaky passing performances are a big reason why he’s playing out his rookie deal in 2022 and Baltimore did nothing to bolster his progression as a passer, pinching pennies while the WR market soared alongside the inflation of groceries and hotel rooms.

The Ravens’ lookahead lines have them as betting favorites in a dozen games, with seven of those lines higher than a field goal and four spreads at a touchdown or bigger. Baltimore’s strength of schedule sits 23rd in 2022 and my QB SOS hands down a slate of QBs ranked 21st.

That’s a dramatic shift from last season when Harbaugh’s men faced the No. 2 SOS and a solid lineup of rival passers. Before the infestation of injury bugs tore this team apart, Baltimore picked up wins over the likes of Kansas City, Indianapolis, and the L.A. Chargers. It was 8-3 straight up before the ravaged roster lost the final six games (three by one point, one by two points, and one by three in OT).

The 2022 calendar is cut in half with a Week 9 bye, with a road-heavy start to the year against quality clubs, and a softer home stretch to the season that could keep the Ravens near the top of the conference — if they can survive to see Week 11.

Baltimore was the most injury ruined team in the last two decades, and it’s easy to project a bounce back when healthy. However, it’ll be based off the run game and defense in my opinion — look for a decrease in pass attempts in comparison to last year, which could give value in prop markets.

Macdonald’s revamped defense gets to stretch its legs with some “walkin’ around money” in the opening three weeks of play, taking on three foes undergoing offensive evolutions. It all starts in Week 1 which is now a matchup against the former face of the franchise.

The Ravens were -5.5 favorites for the opening game in East Rutherford, but with Zach Wilson missing Week 1 due to a knee injury, Baltimore has bumped to -7 visiting the Jets and will get a shot at Super Bowl XLVII MVP Joe Flacco. Harbaugh is 10-4 SU and against the spread in Week 1 games during his tenure with the team (since 2008) but lost at Las Vegas in OT in the 2021 opener and is just 3-3 SU/ATS when starting the season on the road.

Baltimore hosts Miami and its new head coach Mike McDaniel in Week 2. The Dolphins downed the Ravens 22-10 as 8.5-point home underdogs on TNF in Week 10 last season and are 4-point pups on the road in this return meeting with the total at 46 points. This total could spike if two run-heavy offenses prove they can pass in Week 1.

A classic AFC rival awaits in Week 3 when the Ravens travel to New England. This spread is between a PK and Baltimore -1 depending on where you bet. Harbaugh hasn’t had much success vs. Bill Belichick, going just 4-7 SU and 5-5-1 ATS against the dark lord during his time in Baltimore.

After receiving an 11-game suspension. Deshaun Watson will be ineligible for this matchup. But even if the Browns don’t have the controversial QB under center, Week 9 lines up as a tough schedule spot for the Ravens.

Baltimore will be playing its second of back-to-back road games in this divisional rivalry and its third away tilt in the past four weeks, visiting Jacksonville in Week 12, hosting Denver in Week 13, and heading to Pittsburgh in Week 14 before making the trip to O-H-I-O.

The Ravens’ totals reflect a return to the run as well as a resurgence for the defense, with only four numbers north of 47 points (two OTB vs. Cleveland).

Last season’s results trickled out to an 8-9 Over/Under mark, but Baltimore was 5-7 O/U through the first dozen games before the skeleton crew played out the year at 3-2 O/U, giving up some chunky scores.

The injuries to the rushing attack and the downtick in defense forced the Ravens to get away from the run and pick up the pace — ranked out 20th in seconds per play. That’s a major shift in gears when you consider that Roman’s offense was 31st and 32nd in pace the previous two seasons.

Reports from camp indicate a richer playbook from the Ravens, with a possible uptick in passing plays and using the run to set up deeper strikes on play action — something Baltimore hasn’t done much of in the past. It does run into some sound pass rushes/secondaries as well, with 13 of 17 games coming against passing defenses ranked Top 15 in EPA allowed per dropback in 2021.

I’ll believe in Baltimore’s passing when I see it. Until then, it’s Unders or nothing for me.

There are a few ways to look at Lamar’s rushing prop for 2022. First up, Baltimore has a bevy of running backs. If Dobbins and Edwards can stay on the field, that takes the pressure off Jackson to carry the ball as much as he did in 2021.

Second, as mentioned, it appears that his offseason conditioning and passing prep have garnered plenty of praise for Jackson’s progression as a pocket QB. The training camp buzz is a more balanced playbook, and even a lack of talent at WR hasn’t stopped Lamar from looking downfield in drills.

Third, he’s playing out his contract. As of this writing, Jackson is pushing for a deal to be done by Week 1 but he’s not on the Baltimore books past 2022. This seems insane for a dual-threat QB who takes a lot of licks and is super fishy on the part of the Ravens’ front office.

There’s no denying Jackson’s toughness and will to win, but you hold your breath every time he takes off. Knowing one bad hit could be it, could Lamar lean on running less to protect his financial future? Just sayin’.

The Ravens were 0-3 SU and 1-2 ATS in divisional road games in 2021 — a situation in which this franchise has thrived under John Harbaugh. The caveat is that all three of those AFC North trips took place in December, when the roster was running on remains and Jackson missed two of those rivalries due to a sprained ankle.

This year, Baltimore once again has its three AFC North roadies toward the end of the campaign, with that tricky schedule spot with the Browns showing up in Week 15 and a Week 18 finale with the Bengals potentially deciding the division.