Year 3 of the Kingsbury/Kyler marriage again shows lots of promise, but with a greater focus on passing — and less of Murray running — what are the best ways to bet Arizona? Find out in our Cardinals 2021 season betting preview. 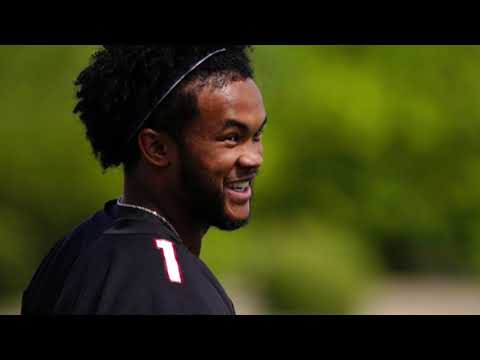 The promise of the Arizona Cardinals is part of the reason why the NFC West is the NFL’s best division. The Cardinals have an exciting young core on the field — and on the sideline — and anchored that potential with veteran additions on both sides of the ball in 2021.

That experience is much needed after Arizona drifted off course in the second half of the 2020 campaign, starting the season 5-2 SU and ATS before burning bettors like the desert sun with a 2-7 ATS finish (3-6 SU).

Outside of the NFC West (Arizona was 2-4 SU in divisional games last year), the Cardinals slate isn’t too prickly and ranks 13th in strength of schedule. They match up with the AFC South in non-conference competition and play some of the tougher non-divisional matchups at home (Minnesota, Green Bay, Indianapolis). On top of the matchup with the Packers, Arizona also plays Houston: two teams whose star quarterbacks could be MIA by the time those games roll around. The oddsmakers have the Cards as favorites in nine games with one pick'em on the board.

We enter Year 3 under coach Kliff Kingsbury and the third season for QB Kyler Murray. The cupboard is loaded with offensive options, most notably the receiving corps. DeAndre Hopkins, Christian Kirk, A.J. Green (if healthy), and rookie WR Rondale Moore will thrive in the up-tempo 10 personnel playbook and Arizona will score — a lot.

What will lose bets: Running game

Besides Lamar Jackson’s record-setting running, no quarterback rushed for more yards than Murray in 2020. That’s not a good thing and Murray knows it, stating he would like to run less. Protecting Murray from punishment and keeping pass rushes honest falls on Arizona’s ground game, which replaces the departed (and underrated) Kenyan Drake with the versatile-yet-fragile James Conner.

The Cardinals were a last-second field goal from Detroit away from a 3-0 start last September and have a solid shot at winning the first three games of 2021.

They opened as 2.5-point underdogs in Tennessee for Week 1 and that spread ticked up to Titans -3 with their addition of Julio Jones. This 1 p.m. ET kickoff will be a contrast in tempos, with Arizona’s no-huddle putting the Tennessee defense on its heels and the Titans plodding run game trying to chew up clock and ice Murray & Co. on the sideline.

A cross-country trip to Jacksonville for a 1 p.m. ET kickoff is on the Week 3 docket. Bookies have the Cards pegged as 2.5-point road chalk. Arizona could get caught looking ahead to Week 4’s collision with L.A. However, Kingsbury is 3-1 ATS on the road versus AFC foes since 2019.

This first taste of the 2021 Rams — and new QB Matt Stafford — comes in a tricky schedule spot for the Cardinals, who will be playing their second straight away game and third road stop in four weeks to open the season. Plus Arizona went 0-2 SU and ATS versus Rams last season.

The Cardinals were one of the best Under bets in football last season, going 5-11 Over/Under — including five straight Under winners to start the schedule. A disruptive pass rush and solid secondary can take credit for those results.

However, lockdown corner Patrick Peterson is gone and Arizona is hoping to squeeze out whatever is left from defensive veterans Malcolm Butler and J.J Watt. This season, oddsmakers have set five of Arizona's games with sub-49 totals. The Cards are 6-9 O/U in games with totals of 48.5 points or less under Kingsbury.

Murray finished with 3,971 passing yards last year (13th) and played the second half of the season with a bum shoulder, while the offensive line allowed 17 sacks in the final eight games after giving up only 10 in the opening eight outings.

Kingsbury’s 10 personnel sets (four WRs) and no-huddle attack want Murray throwing more and running less, and with a bevy of reliable targets, the former Heisman winner should climb the passing charts quickly. His top target, DeAndre Hopkins, is the favorite to lead the league in receiving yards at +750, so it only makes sense that Murray should challenge for the passing title as well. 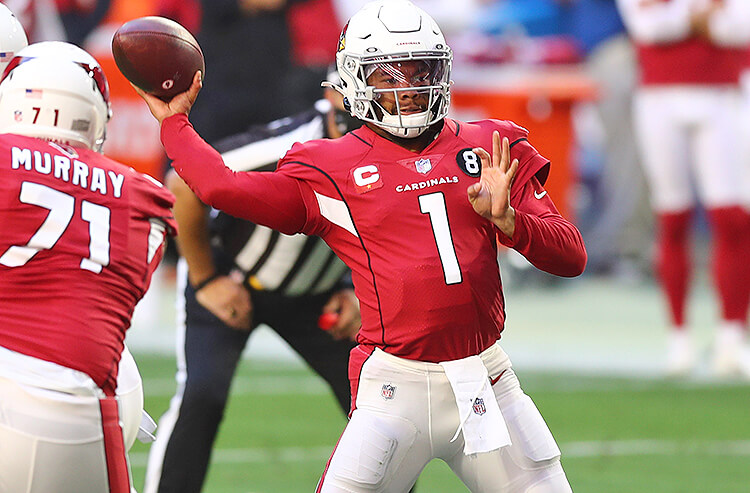