After years in Detroit, Matthew Stafford changed the course of his career by winning the Super Bowl with the Los Angeles Rams. Find out how the gunslinger has fared against every team in both the regular season and the playoffs.

Few quarterbacks have achieved more of a late career resurgence than Matthew Stafford.

Following a blockbuster trade that sent the former first overall pick from the lowly Detroit Lions to the Los Angeles Rams, Stafford became a Super Bowl champion in his first year in L.A.

It was a remarkable turnaround considering Stafford had zero career postseason wins on his resume during his 12 seasons with Detroit.

Let's dig a little deeper by checking out Stafford's regular season and postseason record against every team in the NFL.

Stafford vs the Chicago Bears

Stafford's most career wins against a single teams have come against the Chicago Bears, dating back to his run in the NFC North. One of those 12 "dubs" came in his first regular season game as a member of the Rams.

Last year, Week 1 of Sunday Night Football featured Stafford completing 20 of his 26 passing attempts for 321 yards and three touchdowns as the Rams blew out the Bears 34-14 at SoFi Stadium.

Stafford vs the Cincinnati Bengals

All four of Stafford's career postseason victories came last season, capped off by the Rams' 23-20 win over the Cincinnati Bengals in Super Bowl LVI.

Stafford threw for 283 yards and three touchdowns in the win, finishing with the second-most passing yards in a single postseason at 1,188, behind just Eli Manning (1,219 in 2011).

Although Stafford didn't come away with Super Bowl MVP honors, the 34-year-old came up with a big drive that resulted in a go-ahead touchdown pass to Cooper Kupp with 1:25 remaining in the fourth quarter.

One of the throws during the final drive included this absurd completion to Kupp.

Stafford vs the Cleveland Browns

The first signature win of Stafford's career came in his rookie year, as the Detroit Lions faced the Cleveland Browns. Both teams came into the matchup with lowly 1-8 records, but the game ended up turning into a classic.

Trailing 24-3 in the first quarter, Stafford engineered a comeback, which included throwing a game-winning touchdown to tight end Brandon Pettigrew on the game's final play.

Stafford threw for 422 yards and five touchdowns in Detroit's 38-37 win over Cleveland. Ever since, Stafford has thrown for five passing TDs four other times in his career.

Stafford vs the Dallas Cowboys

As a native of Dallas, Texas, games against the Dallas Cowboys have always had extra meaning for Stafford.

He's played "America's Team" six times in his career, including a postseason loss to Dallas in the 2014 Wild Card round. Detroit held a 20-7 lead in the third quarter but ultimtaley blew it against Tony Romo and the Cowboys as Stafford was unable to secure the Lions' first playoff win since 1991.

A year prior, however, Detroit prevailed in a Ford Field classic against Dallas. Down 30-24 with just over a minute remaining in the game, the connection between Stafford and star receiver Calvin Johnson helped spearhead a late comeback.

This included one of Stafford's most memorable plays in his NFL career.

This Matthew Stafford moment will always be epic. pic.twitter.com/zqFsnAzHG9

Stafford vs the Green Bay Packers

If there's one team that's had Stafford's number, it's been the Green Bay Packers. Even when Stafford threw for 520 yards against the Packers in a Week 17 game back in 2011, Green Bay came out on top with backup QB Matt Flynn starting.

The Packers have dominated the NFC North while Stafford's Lions remained either poor or heavily mediocre. One of the 14 games that Stafford ended up losing included a miraculous Hail Mary by Aaron Rodgers to Richard Rodgers that lifted the Packers over Detroit back in 2015.

What a pick up he’s been for Green Bay pic.twitter.com/naAJ1IYBSQ

Stafford nearly played the Packers in the 2022 NFC Championship, but Green Bay ultimately got eliminated a week prior. Don't be surprised if the Rams and Packers meet in the postseason this time around. 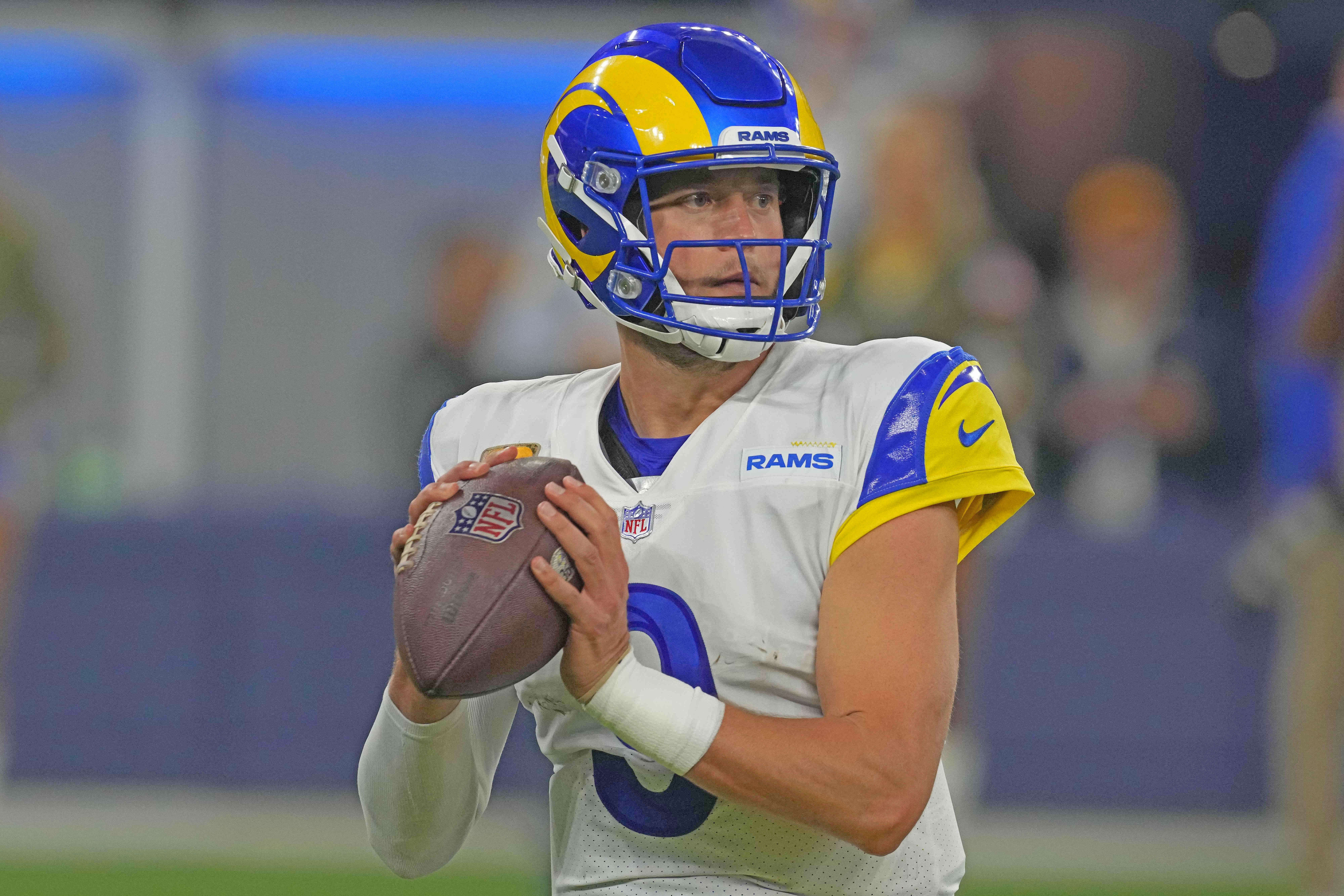 Matthew Stafford's Record Against Every NFL Team
Provided by