Indianapolis Colts Odds, Predictions, and Betting Preview 2022: As Luck Would Have It 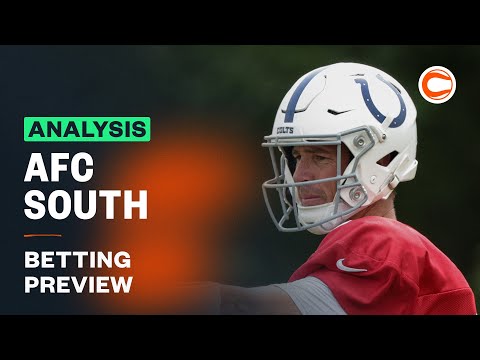 The role of Indianapolis Colts quarterback has recently had a turnover rate on par with the big-screen portrayal of Batman. But, much like the film franchise finding its best Bruce Wayne in Robert Pattinson, the Colts have their best quarterback since Andrew Luck in Matt Ryan.

The veteran QB joins a talented team with a mighty big chip on its shoulder after watching its postseason plans go POOF! at the hands of the Jaguars in Week 18. The Colts’ NFL odds project a playoff year in Indy, but is this team built for much more in 2022?

Before the Colts blew the final two games of 2021 and watched their ticket to the tournament go bye-bye, they were that one team that no one wanted to play in the playoffs.

A dominating rushing attack and opportunistic defense gave other AFC clubs the heebie-jeebies, especially with Indianapolis going blow-for-blow with some of the NFL’s elite. It was quality of QB that separated the Colts from the next tier of teams, and now with Ryan in the room, Indy is a live sleeper to win the AFC crown.

Thoughts of Peyton Manning and Tom Brady can’t help but come to mind with Matt Ryan’s arrival in Indianapolis. This is a quarterback who “BabyBjörn’d” the Falcons to seven wins last season – perhaps a greater accomplishment than his 2016 MVP season.

If the Titans can win 12 games and earn the top seed in the AFC, this year’s Colts can once again put fear in the conference’s top contenders.

What will win bets: Matty Ice

Ryan wasted little time getting deeply entrenched in the Colts’ systems and working on his chemistry with top target Michael Pittman. Everything coming out of Indianapolis has been extremely positive about his transition and the instant impact he has on the locker room, from OTAs to the opening days of training camp.

Ryan has the best setup he’s had in years, going from a floundering franchise in Atlanta with a bad offensive line to a team built around an elite passer who retired four years ago. He felt the fourth-most pressure among QBs last season and has much better pass protection in Indy… not that it matters. Ryan has constantly been one of the best all-time when throwing under duress and gives this offense the added pop to put the point spreads to bed each week.

What will lose bets: Defensive downtick

The Colts ranked out No. 8 in DVOA at Football Outsiders, thanks in large part to an AFC-high 33 takeaways (19 INTs, 14 FR). Funny enough, all that chaos didn’t stem from a feverish pass rush like most high-takeaway teams, with Indianapolis dialing up a pressure rate of just 18.1% and recording 33 sacks. Generating that level of takeaways is tough to do year over year, so regression is expected.

The stop unit lost coordinator Matt Eberflus to Chicago and brought in veteran DC Gus Bradley, who injected venom into the Raiders pass rush last season, and brings new addition Yannick Ngakoue from that Vegas unit. The Colts will be much more aggressive, leading to more man coverage, and that could lead to more big plays allowed after Indianapolis kept everything in front of it last season (only 43 passing plays of 20 yards or more).

Playing out of the AFC South, the Colts are gifted a softer schedule with Houston and Jacksonville showing up twice a year. I also project a downturn for Tennessee in 2022 and it wouldn’t shock me to see Indianapolis win five of those divisional games.

While the Colts’ calendar ranks out T-26th in standard strength of schedule, it is frontloaded with road games, sending Indy away from home in six of the first 10 outings. That said, the post-Luck Colts are a sterling 15-8-2 ATS as a visitor the past three seasons.

The Colts are a good team that I think will win their division (possibly easily), but I do believe their is a limited ceiling to this team in comparison to the other top tier teams in their conference.

Much like a college team playing a couple of mid-major cupcakes to iron out the wrinkles, the 2022 Colts ease into action with some bigger spreads on the board before a true test in Week 3.

It starts as 8-point chalk at Houston in Week 1, jumping up from an opener of -7.5. Funny enough, Indianapolis could get caught in a look-ahead spot with a huge revenge game on the board next. Indy is just 5-7 ATS as a favorite of more than a touchdown since 2019, going 2-10 O/U in those games.

Week 2 is a hate-filled trip to North Florida with bad intentions for the Jaguars, who, of course, crashed the Colts’ playoff party with a Week 18 stunner last winter. Books have Indianapolis installed as 4.5-point favorites and this team is just 3-3 SU and 1-5 ATS against Jacksonville over the past three seasons. To stick with the Batman theme: VENGEANCE!

We’ll find out if the Colts are AFC contenders or not with the home opener against the Chiefs in Week 3. Indianapolis sits between +2.5 and +3 — just the fifth time this team has been a home underdog since 2019. They’ve gone 0-4 SU and 1-3 ATS in those rare spots. Kansas City enters with extra time to prep after playing on Thursday the week before.

Las Vegas is packed with pitfalls for the common man and the Colts are no exception in Week 10. This trip to Sin City is the second of back-to-back road games and the team’s third away tilt in three weeks. On top of that, these games are loaded with pressure spots and plenty of emotion for a pissed-off Indy squad.

Indianapolis opens this stretch at Tennessee for a huge divisional game in Week 7 before coming home to host Washington and scapegoat Carson Wentz in Week 8. From there, the Colts travel to New England in Week 9 then cross the country for a date in the desert with the Raiders — another team on Indy’s “shit list” after they beat the Colts at home in what could have been a playoff clincher in Week 17 last January.

A run-heavy team with a stingy defense should spell nothing but Unders, right? That’s the beauty of oddsmaking, however, as the Colts burped out an 8-9 O/U mark in 2021 but did go Under in five straight games to finish the season.

With Ryan under center, perhaps there could be cause for excitement around Overs. But Indianapolis could do the bulk of its damage in the opening half and lean on the run to chew clock and protect leads late in games. This offense ran the second-slowest pace in terms of seconds per play in 2021 and finished fourth in time of possession.

Defensively, the Colts don’t take on too many high-powered attacks. While there’s always improvement/regression year to year, just four of Indy’s opponents ranked Top 10 in EPA per play last season while nine games come against offenses ranked 16th or worse in that metric.

Even when the Falcons were good, their red zone issues kept Ryan from stacking up the touchdowns. Things were as bad as ever in Atlanta last season, with a touchdown rate of just 53.7% inside the 20-yard line. Kyle Pitts had one touchdown for god’s sake!

Things haven’t been much prettier in Indianapolis, with Reich’s offense ranking out 19th and 21st in RZ TD percentage the past two years. And that’s with Jonathan Taylor trucking MFers. But foes sold out on stopping the goal line run and forced the Colts to put the ball in the air.

Mix in the play action set up by Taylor, and Ryan will also find spots to let it fly for longer touchdown strikes. Hell, if Ryan can squeeze 72 touchdowns out of the Falcons roster the past three years, he can find 26 guys in the end zone in 2022.

Reich’s taken care of bettors in non-conference competition during his tenure with the team, going 12-4-1 ATS (73.5%) versus the NFC since 2018.

Not bad considering he’s been driving a clown car of quarterbacks in that span, ranging from Luck, Jacoby Brissett, zombie Philip Rivers, and Wentz (along with a couple second-stringers).

The 2022 schedule sets up for more non-conference cash, with the weaker NFC East (as well as Minnesota) on top. 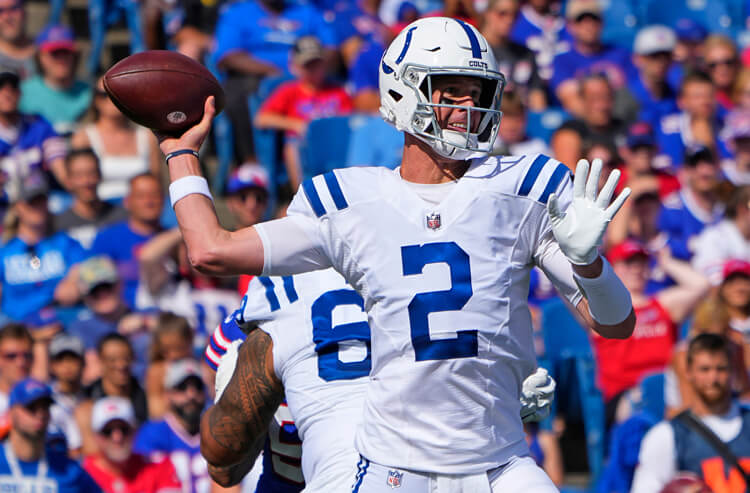 Indianapolis Colts Odds, Predictions, and Betting Preview 2022: As Luck Would Have It
Provided by