Dallas has been stuffed more often than not during their last 10 Thanksgiving Day games, but this year they're giving a touchdown at home to the spiralling Las Vegas Raiders. Check out our NFL betting picks to see who ends up the turkey. 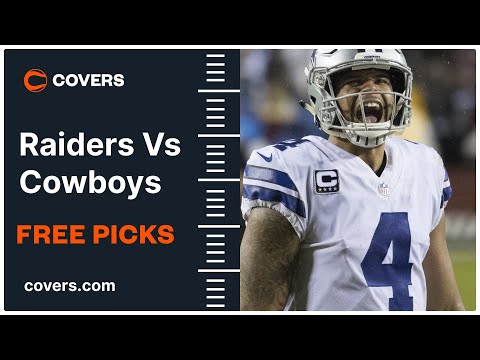 The Dallas Cowboys are a Thanksgiving fixture for NFL betting and welcome the Las Vegas Raiders for their annual homestand on the holiday Thursday.

Turkey Day has left Dallas backers starving for the past decade, with the Cowboys going just 1-9 ATS in their last 10 Thanksgiving outings. This year, America’s Team is giving a touchdown at home, coming off a rough road loss at Kansas City on Sunday. The Raiders are also licking their wounds and are without a win in three straight games.

Here are our free NFL picks and predictions for Raiders vs. Cowboys on Thursday, November 25, with kickoff set for 4:30 p.m. ET.

Dallas opened as big as -7.5 and most books have come down from that, with a market consensus of a touchdown spread. However, there are some online markets still posting the half-point hook on this spread. The total opened at 50.5 points and has jumped to 51.5 as of Tuesday morning (Under -112). Use the live odds widget above to track any future line movements right up until kickoff and be sure to check out the full NFL odds before placing your bets.

Non-conference NFL games have produced a 17-36-1 Over/Under record so far in 2021, a 68 percent win rate for the Under. Find more NFL betting trends for Raiders vs. Cowboys.

Raiders vs Cowboys picks and predictions

Dallas could be missing some key skill players for this midweek matchup: Running back Ezekiel Elliott is battling a sore knee, wide receiver CeeDee Lamb is trying to get clear of a concussion, and fellow wideout Amari Cooper is out with COVID. But while those are three big-name playmakers, this Cowboys attack hasn’t been overly reliant on just one guy to move the chains.

Quarterback Dak Prescott has spread the love around in this passing game, completing 20 or more passes to six different targets on the season, and recently returned Michael Gallup, who could be the best WR on this roster (ask a Cowboys fan). Prescott has utilized other options, like tight end Dalton Schultz (44 receptions) and WR Cedric Wilson (23 receptions) with success, so even if Lamb is out, it shouldn’t slow Dak down too much.

Elliott is expected to play through knee pain on Thursday and will likely share carries and short receptions with Tony Pollard. As solid as that rushing combo has been, this Dallas ground game has gone MIA the past five games, leaving the impact of a banged-up Zeke in question. The Cowboys, who ranked third in EPA per rush through the first five weeks, boast a rating of just -0.277 in that advanced metric since Week 6 — 30th in the NFL.

The real star of the show this Thursday, however, could be the Dallas defense. The Cowboys were able to hold the Chiefs’ mighty offense in check in Week 11, sacking Patrick Mahomes three times and limiting him to 260 yards and no touchdowns while snagging an interception and fumble recovery — ticking up their takeaway total to 19 on the year (fourth-most).

Las Vegas limps into Thursday with a grand total of just 43 points over its three-game losing slide. The passing game boasts an EPA per drop back of -0.168 (26th) in that span and QB Derek Carr has thrown as many interceptions as he has touchdowns (four). He completed only 19 passes in Sunday’s home loss to Cincinnati for a measly 215 total yards and has watched this dangerous deep attack get declawed in recent outings, with an average of just 10 yards per completion during this skid compared to 12 ypc in the opening seven games of 2021 (fourth highest).

Given Dallas’ history on the holiday, it can be tough for NFL bettors to lay that lumber with America’s Team. But the weight of a drama-filled season is starting to break this Raiders club, which has been outscored 39-7 in the fourth quarter over those three consecutive losses.

If you’re still not sold on the Cowboys (Raiders +7.5 is out there if you want that hook on the dog), maybe wait and see if injury updates tip this spread below a touchdown, as some books are dealing Dallas -7 (-105) as of Tuesday.

We’ve highlighted the Raiders’ offensive issues — just 0.261 points per play the past three games (28th in that span) — and one of the biggest culprits is third-down success (or lack thereof).

Las Vegas has been ushered off the field on almost 79 percent of those spots in the past three games, ranking dead last in the NFL (21.43% success), including a miserable 1-for-7 effort versus the Bengals on Sunday.

The Cowboys defense can be a bit hit-and-miss, giving up big gains and missing key tackles. When it comes to slamming the door on third downs, however, Big D has come up with some big D and owns a third-down rate of 32.23 percent on the season — second-best in the NFL.

Vegas’ one-dimensional playbook has contributed to that stagnant offense, most notably the lack of a rushing attack. The Raiders, who sit 27th in Run Offense DVOA at Football Outsiders, handed off only 18 times for 72 yards — four yards per carry — against Cincy.

That won’t keep this budding Cowboys pass rush honest. Dallas is bringing the heat the past four outings, totaling 10 sacks and 27 QB hits in the last four contests after recording just 11 in the first seven outings. Carr has taken five sacks and 13 QB hits during the Raiders’ three-game slump.

To their credit, the Raiders defense did hang tough with Cincinnati last weekend, keeping the game within reach with the Silver and Black down just 16-13 at the 11:42 mark of the fourth quarter before their knees buckled in the championship rounds. They could get up for another three quarters of push back in Jerry’s World.

As for the Raiders’ offense, red-zone struggles were evident in Week 11 and continue to keep this team from competing... or covering the spread and topping the total. Vegas ranks 28th in touchdown percentage inside the 20-yard line (51.35%) and is just 27.27 percent the past three games.

The Cowboys come into this short week on a four-game Under run while Vegas is 1-2 Over/Under in its last three and 1-3 O/U on the road in 2021. And for what it’s worth: Non-conference games have produced a sizzling 17-36-1 O/U count on the year – a 68 percent Under rate. 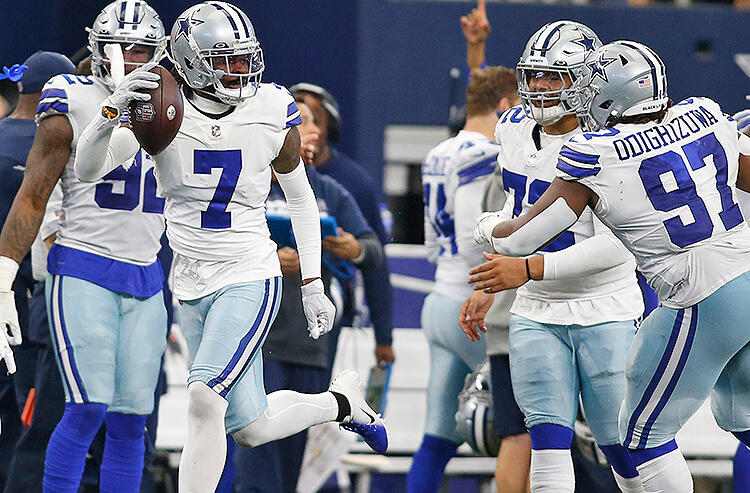