Bills vs Saints Thanksgiving Day Football Picks and Predictions: Back on Track in the Big Easy

The Buffalo Bills head to New Orleans to lick their wounds after a rough Week 11 loss in order to refresh their AFC title chances. NOLA's stuttering pass defense could be what Josh Allen needs to right the ship. Find out more in our NFL betting picks. 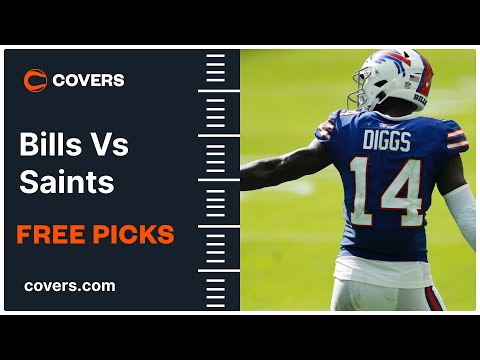 Betting on the final NFL game on Thanksgiving Day is kind of like eating that final piece of pumpkin pie. You probably shouldn’t but who are you kidding, you're definitely going to.

The final helping on this Turkey Day will see Josh Allen and the Buffalo Bills visit the New Orleans Saints. Lately, the Bills have been as confusing as marshmallows on sweet potatoes. Do we dare back them as road favorites, or is the value with the home dogs this Thanksgiving?

Find out in our free NFL picks and predictions for Bills vs. Saints on Thursday, November 25.

The Saints opened this Thanksgiving Day matchup as 4-point home underdogs but it’s the Bills who have seen the early action, moving the line to 5.5. The total hit the board at 46 and has held steady around that number as of Tuesday afternoon.

Bills vs Saints picks and predictions

At times, the Bills have looked like the clear-cut best team in football, including during their massive 38-20 victory over the Chiefs in Kansas City. But since that win, the Bills are just 2-3 straight up and 1-3-1 against the spread, including a shocking loss to the Jacksonville Jaguars and last week’s humbling loss at home to the Indianapolis Colts.

The loss last week exposed the Bills’ run defense, which allowed the Colts to rumble for 264 rushing yards, dropping Buffalo to 12th in DVOA when facing the run. Luckily, for the Bills, the Saints are still a pass-first offense, and it is sounding like they will be without both Alvin Kamara and Mark Ingram.

That doesn’t bode well for a Saints team that has lost three straight games and is already missing the likes of Jameis Winston, Michael Thomas, and Adam Trautman. It also doesn’t help that tackles Ryan Ramczyk and Terron Armstead are also nursing injuries.

That means a lot will be on the shoulders of Trevor Siemian (and maybe Taysom Hill) but they will be in tough against a Bills pass defense that ranks first in the NFL by DVOA.

On top of that, what has been a solid Saints defense has been in a slump of late, particularly against the pass, where they rank 14th in DVOA. Now, they must deal with Josh Allen, and while he may not have been as sharp of late, he still has thrown for 2,811 yards with 21 touchdowns to eight picks while adding another 340 yards and three scores on the ground.

If the Saints had Kamara, maybe they keep this close. But the Bills' defense will want to prove they are not pushovers after last week and should win by at least a touchdown.

It’s not surprising the early money for this Thanksgiving matchup has come in on the Under, considering it features two teams that rank in the Top 5 in defensive DVOA and in the Top 10 in scoring defense. That said, this number looks low enough to consider hoping on the other side.

For starters, while the Bills own the NFL’s top-rated defense, they certainly looked vulnerable last week against the Colts giving up 41 points at home. You just know, no matter who the Saints have running, that they’ll try to attack the Bills in the same way.

On the other side, the Saints' defense has been showing some leaks lately. They have surrendered 29.3 points per game to opponents over their last four games and now face the second highest-scoring offense in the NFL.

While our bellies may be full and bloated by the time this game comes around, this game could give us the kickstart we need to keep us awake with just enough scoring to send this one Over the total.

Ok for starters, I am going to call the Bills -5.5 one of my best bets. But that’s boring.

Usually, our best bet section is for the bet we are most confident with heading into this game. But on this special holiday, I want to get a little crazy and try and put a little extra cash in our pockets before Black Friday.

So, we are going to try to end this Turkey Day on a crazy high note with a touchdown scorer parlay where we will take Josh Allen and Taysom Hill to both score touchdowns for a +1,000 payout.

Allen hasn’t rushed for a touchdown since Week 8 against the Dolphins, but the Saints have given up more rushing touchdowns to opposing quarterbacks than anyone else in the NFL (5).

Meanwhile, Taysom Hill just signed one of the most unique contract extensions in NFL history and it just feels like Sean Payton will try to get him involved in this game. Hill has three rushing touchdowns this year, while the Bills have given up three rushing scores to QBs.

This would be way sweeter than any Thanksgiving dessert. 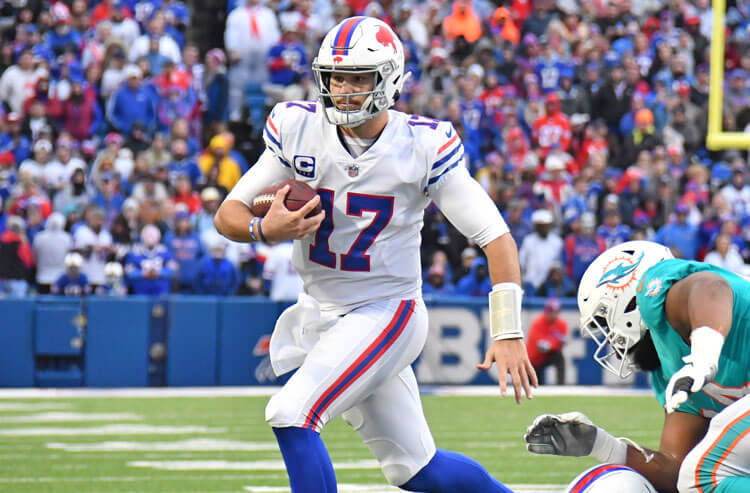 Bills vs Saints Thanksgiving Day Football Picks and Predictions: Back on Track in the Big Easy
Provided by