Best Spot Bets for NFL Week 12: A Thanksgiving Plate's Worth of Tricky Matchups

The Pats' and Bills' matchups this week should cause you to think twice... especially as they gear up to face one another in Week 13's edition of Monday Night Football. Read all about it in our turkey-filled edition of Week 12 spot bets. 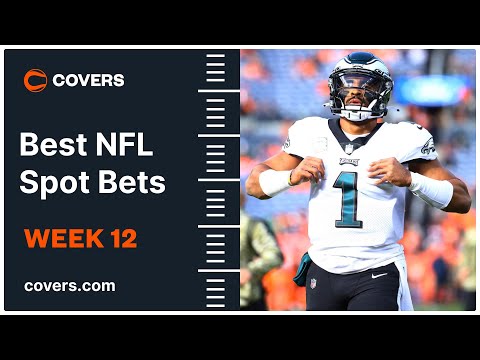 The Thanksgiving holiday has everyone in a hurry, trying to wrap up a week’s worth of work in just three days while looking ahead to an extended break and eating turkey – in some form – for every meal. But in the midst of that holiday hoopla, things get missed and the work that is produced isn’t as sharp as usual.

The same things happen on the football field every week of the NFL season, as teams fall victim to situational spots that test their focus and fortitude. And there lies the value of NFL spot bets.

We scour the Week 12 slate – including the Thanksgiving Day games – for the best letdown, lookahead and schedule NFL spot bets to know before your place your bets.

The Eagles have strung together consecutive wins for the first time this season, coming off a dominating three quarters of football against the New Orleans Saints at home in Week 10.

Philadelphia’s RPO attack bullied the Saints and their top rushing defense, and the Eagles stop unit used its speed with plenty of dime sets, bringing added pass rushers from the secondary to shake up NOLA QB Trevor Siemian, who was without safety blanket RB Alvin Kamara.

That 40-29 win was not without its nervous moments, and it appears this letdown spot started before the game was even over, with the Philly offense going flat and New Orleans scoring 22 points in the fourth quarter. The Eagles now cross the bridge to play the New York Giants in East Rutherford hoping that flimsy final frame doesn’t bleed over into a bigger letdown spot in Week 12.

The Giants are on a short week and, as of this writing, still have a Monday night matchup with Tampa Bay. However, Philadelphia has played only one divisional game up to this point – a 41-21 loss at Dallas – and is a dismal 6-10 ATS on the road versus NFC East foes since 2016.

The Patriots’ one-sided shellacking of Atlanta last Thursday started the rumblings of an AFC East return to glory for Bill Belichick’s team, which has won five in a row and six of its last seven (lone loss to Dallas in OT). And when the Buffalo Bills face-planted to the Indianapolis Colts at home on Sunday, the levees broke on the media blitz surrounding New England: the new division leader.

That frenzy comes to a head in Week 13 when the Pats head to Orchard Park for a HUGE primetime showdown with the Bills on Monday Night Football. But before New England can get there, it needs to get past the Tennessee Titans and former Pats great-turned-coach Mike Vrabel at home this weekend.

The Titans watched their five-game winning streak come to an ugly halt versus Houston on Sunday (our featured letdown spot of Week 11) and suffered a number of injuries in the process. That said, this team has taken down some of the top-tier clubs in the NFL over the past month and it looks like early action is wary of a New England lookahead as well, slimming the Patriots from -6 to -5.5 in Week 12.

This quick turnaround on Thanksgiving could be a gift or a curse for the Bills. On one hand, Buffalo doesn’t have to wait long to put that Week 11 atrocity behind it, with a trip to NOLA for the holiday finale Thursday.

But, on the other hand, this is a short week for what will be the Bills’ third road game in the past four weeks and its fourth outing in 19 days. New Orleans is back home off a loss as a home pup in Week 12, feeding into two profitable betting trends that could hold weight if Buffalo is feeling the grind of this daunting schedule spot.

Under Sean Payton (since 2006), the Saints have only been home underdogs 15 times, going 10-5 ATS in those outings. What’s more, NOLA is 54-31 ATS off a loss in that same time frame, with a 3-1 ATS mark in those bounce-back spots this season.

New Orleans is currently getting as much as 4.5 points, as books stick to the dead numbers while they wait for an update on Alvin Kamara’s status. Buffalo could also be in the same boat as the rival Patriots this week, and looking ahead to that monster Monday night matchup in Week 13. That's just gravy on top of this tasty situation spot. 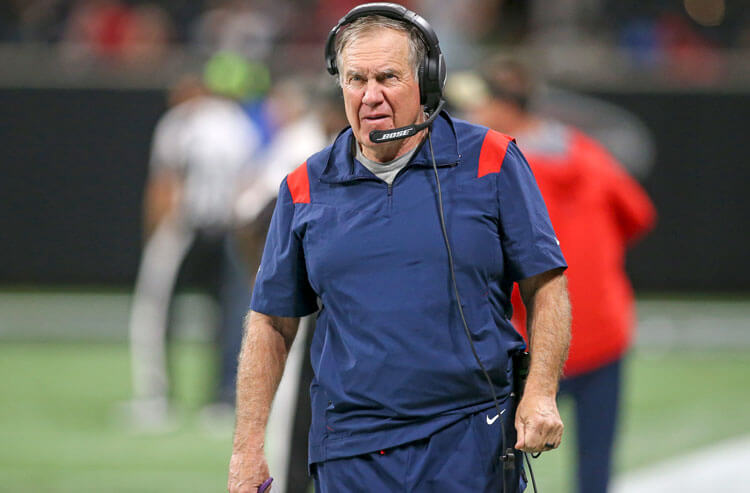 Best Spot Bets for NFL Week 12: A Thanksgiving Plate's Worth of Tricky Matchups
Provided by