Many of Dallas' top skill position players are banged up and Las Vegas is in total freefall. So where's the NFL prop bet value for this game? We're looking at the Cowboys' backup RB, Vegas' only truly relevant WR... and a kicker. Happy Thanksgiving!

The holiday slate picks up a little with the 4:30 p.m. ET game as the Dallas Cowboys play host to the Las Vegas Raiders. Jerry’s Boys are 7.5-point favorites in the holiday tradition with the highest total of the Turkey Day three-pack at 50.5.

Can the Cowboys get the ground game going in the absence of receiving options? Can the Raiders’ offense come to life after scoring just four TDs over its last three games? Find out in our free props and predictions for the Raiders vs. Cowboys.

The Cowboys have managed just 91.3 rushing yards per game over their last three and calls from the top are asking for Dallas to establish the run. Jerry Jones recently was on Dallas radio telling listeners that Dak Prescott’s struggles of late have been due to a lack of running. Well, we’re listening and Thursday should be a great day to start up the run game again — especially with injuries to wide receivers Amari Cooper and CeeDee Lamb.

All-World tackle Tyron Smith is likely back on the O-line Thursday after getting in a full practice Tuesday. Pro Football Focus’ No. 2 tackle has been out since Week 8 and his addition will be a massive boost against Maxx Crosby and Las Vegas’ No. 20 ranked rush defense, per success rate.

This is where it gets interesting: Ezekiel Elliott has been dealing with a knee injury since Week 9. The injury isn’t a huge deal, as he has played through it and will suit up Thursday, but he’s gained just 124 rushing yards on 33 carries (3.75 yards per carry) over his last three and got out-rushed (on fewer carries) by No. 2 Tony Pollard last week. Pollard gained 50 yards on seven carries in a negative game script and offers more explosive rush gains than Zeke, as Elliott has zero rushes over 10 yards in his last two games while Pollard had three (one erased by penalty).

Pollard is taking roughly 40 percent of the snaps and could see anywhere from 10 to 14 carries if Dallas is playing with the lead or the game is close. Pollard is averaging 5.5 ypc and faces a Las Vegas defense that gives up 4.5 ypc. His rushing total opened at 34.5 and was immediately hit up to 39.5.

The jump in yardage isn’t a huge deal — sure it would be nice to have that 34.5 but Pollard’s rushing total closed at 43.5 last week. There is still room for this number to grow.

Hunting for some offense

The Raiders’ offense has been anemic of late, scoring a total of just 43 points over the last three weeks. It's been playing with a lead for just over 20 minutes across 180 minutes of football — which includes a game against the Giants. The Cowboys opened at -7 and, despite their injuries at receiver, have moved as high as -8. Dallas is a big favorite, which means Derek Carr could be passing a lot on Thursday.

Hunter Renfrow and Darren Waller are tied for the team lead in targets over the last three games but it’s the slot receiver that we’re eyeing in this matchup. Renfrow has a 26-percent target share since Week 9, which is the best mark on the team. He’s turned his 18 targets into 14 catches, which is also tops on the Raiders.

If the Cowboys get up big, Renfrow could make a living catching passes underneath versus a prevent defense — just like he did versus the Chiefs where he went 7/46/1 on nine targets. The slot man has at least seven catches in three of his four games and will likely see slot corner Jourdan Lewis (graded poorly in coverage) if Dallas goes to man coverage versus 3WR sets.

Renfrow’s reception total is sitting at 5.5 and starting to lean heavily to the Over. It’s also an Over bet for us, as we feel the Raiders will be playing catch-up on Thursday and Carr has basically two targets.

Kicking it with Carlson

The Raiders have kicked more field goals over the last three games (five) than TDs scored (four). Without a deep threat, following the subtraction of Henry Ruggs III, this offense is congested and running back Josh Jacobs is not intimidating defenses. In the red zone, Carr and offensive game plan have struggled and settled for field goals as the Raiders have a 27 percent red-zone touchdown scoring percentage rate — which is by far the worst mark in football over that stretch.

Kicker Daniel Carlson has hit two FGs in three of his last four games and is averaging seven points per game over that stretch. The Cowboys’ red-zone defense has been better over the last three games compared to the beginning of the season and is holding opponents to TDs on 57 percent of their red-zone possessions. Dallas’ opponents have also attempted eight total field goals over the last weeks.

It’s never sexy taking a kicker prop, but they do add another element of excitement to holiday wagering. Getting this total Under 6.5 is a big deal, especially with the Raiders coming in as heavy dogs.

The Dallas offense has also looked out of sorts of late and we aren’t so sure that they make the Raiders abandon the kicking game. 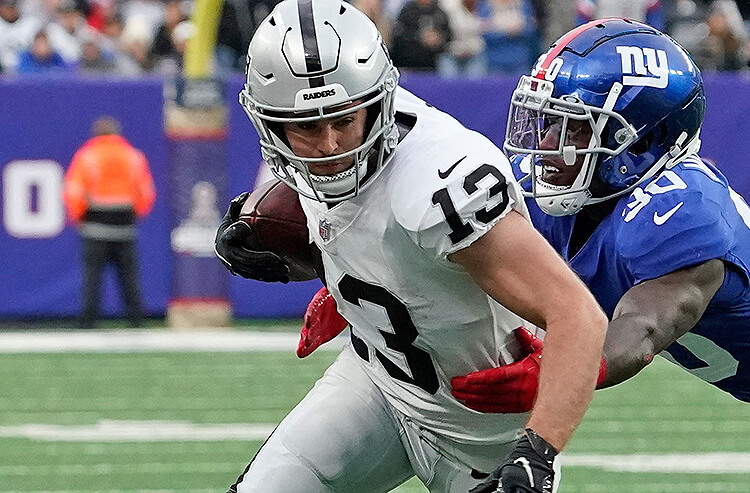