The narrative here is simple: Dallas should play with the lead and run the ball while Las Vegas goes pass heavy to try and keep pace.

When building same-game parlays, it's important to build a proper narrative and then make corresponding picks. The Cowboys are dealing with injuries and with pressure coming from ownership to run the football more. We can expect to see a different-looking Dallas offense dominating this matchup which creates a tempting same game parlay with a big payout.

Jerry Jones was quiet for the first two months of the season. After two losses in three games, he has started to speak up – and when he talks, the Cowboys coaching staff tends to listen. The 79-year-old Cowboys owner was on 105.3 The Fan adamantly blaming the lack of a run game as the reason for the Cowboys’ recent struggles. The message has already permeated through the locker room. On Tuesday after practice, Ezekiel Elliot caught up with reporters and said that the Cowboys are a better team when they run the football and that “running will be the point of the game on Thursday” against the Raiders.

Beyond just internal pressure from management, Kellen Moore may be forced to run the football like it or not. Amari Cooper will miss this game with COVID, and Cee Dee Lamb is still not clear of concussion protocol. If Moore is missing both of his top wide receivers, the run rate will increase against a Raiders run defense that ranks 20th in success rate. Dallas was a seven-point favorite at open and has been bet up to -8. The moneyline on the game is -240, suggesting the Cowboys will be leading for 70 percent of this game. When leading by a touchdown or more, Dallas runs the football 59 percent of snaps, the fifth-highest rate in the league. The Dallas run rate will be up in this game, which leads me to like Tony Pollard Over more than Zeke off the ankle injury.

When one team is leading and running, that means another is trailing and passing. The Raiders offense has been entirely different without Henry Ruggs. Not having a speed receiver has condensed space on the field, and while Renfrow is an elite route runner, there is no space for Carr to work. This matchup sets up well for Darren Waller, who will have one of his easiest opponents this season. Dallas ranks among the worst teams in the league at defending tight ends allowing more than seven targets, five receptions, and 61 yards per game. When Carr needs a big play, Waller will be open for him to connect. 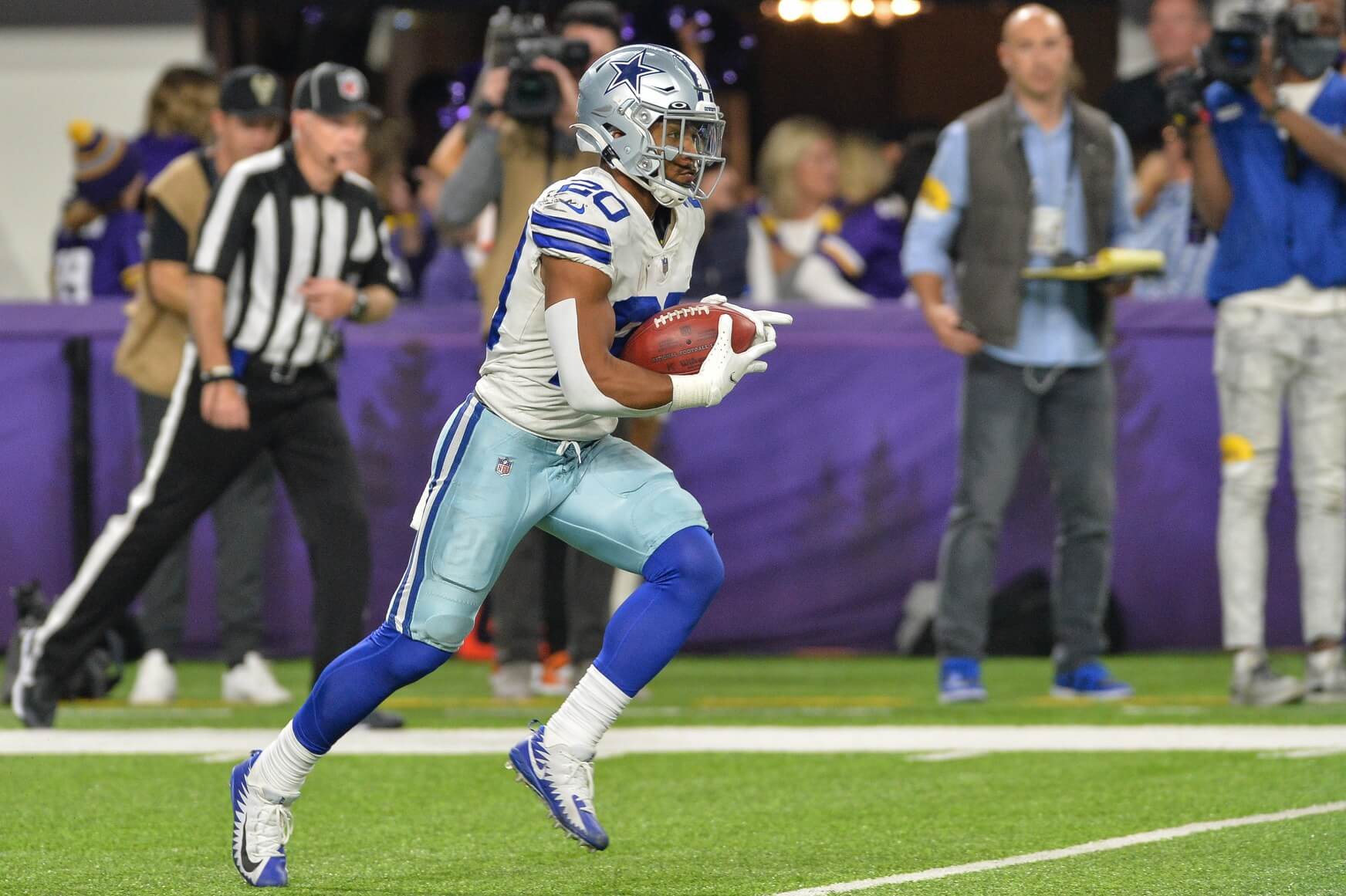