The state’s 179 casinos took in $408.9 million in sports betting wagers in August — another month-over-month decline — with revenue also dropping slightly compared to July.

Football season can’t come quick enough for sports betting in Nevada, which saw another drop in handle in August, according to a Nevada Gaming Control Board report released on Thursday.

Still, the Silver State was third in the country for legal sports betting handle during the month. New York was first at $877.4 million, with New Jersey second at $546.8 million and Pennsylvania fourth at $363.1 million.

The hold was again disappointing, coming in below 4% for the second consecutive month as the 3.9% mark for August was only slightly better than July's 3.87% win rate. The last time there were two straight months of a hold below 4% was in July and August... of 2020.

The state did see taxes in August of $1.1 million, the same amount collected in July.

Michael Lawton, the Senior Economic Analyst for the NGCB, said there was still reason to be optimistic with the overall numbers.

"Nevada’s sportsbooks continue to out-perform, with August’s results included, the figures for the calendar year, showing wagering volumes are up 25.4% over last year and win amounts are down 11.1%," Lawton said. "These figures are impressive considering last year represented an all-time record for both win and write. As books enter the most important time of year with football season, we anticipate that (calendar year 2022) could be another record year for Nevada's sportsbooks."

The summer months are a slow time for sports with NHL and NBA dormant and the NFL and college football not starting until the first week of September.

The percentage of online sports betting wagers did, however, increase month-over-month. The sportsbooks saw 71.7% of wagers made with a mobile app — a 9.5% increase from the 65.2% of bets made with mobile apps in July. 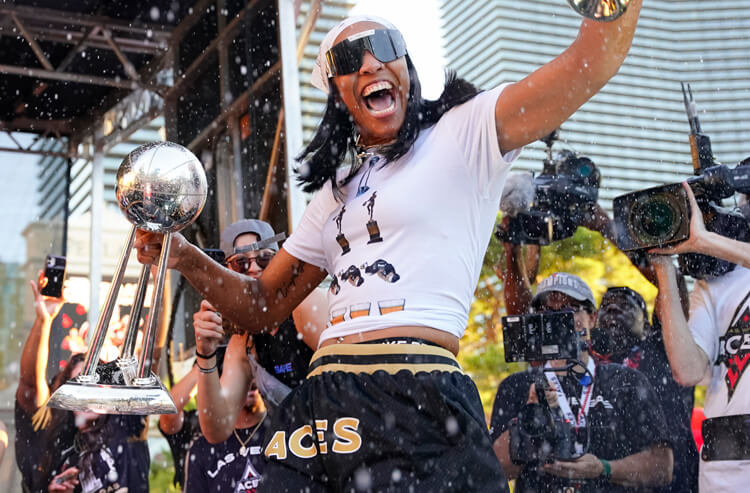