Josh Allen's ground game should factor big as Buffalo look to bounce back against New Orleans.

When building same-game parlays, it's important to build a proper narrative and then make corresponding picks. The Buffalo Bills were blown out at home by the Colts on Sunday and the coaching staff has been very vocal this week leading up to New Orleans Saints. The ball will be in the hands of Josh Allen, but it is his running ability that provides a better same game parlay shot.

On Sunday, the Bills’ embarrassing loss at home spawned a flurry of interesting notes around Bills coaches this week.

The entire staff remained at the facility long after the loss on Sunday, doing extended review and game prep for Thursday Night against New Orleans. Head coach Sean McDermott on Monday morning referenced multiple times how “huge” the game is to stay competitive with New England. The ordinarily stoic head coach was uncharacteristically upset when he mentioned how angry the mood was inside the building. At face value, these are regular football coach comments.

But when pieced together with hyper-aggressive offensive coordinator Brian Daboll talking about how controlling the football and not turning it over was the emphasis for the game on Thursday, things with the Bills are very out of the ordinary.

Hearing things like extra prep and game planning, anger, and ball control leads me to believe that the Bills will keep the ball in the hands of Josh Allen – and let him run – more than usual against the Saints. New Orleans has a top-five run-stopping unit in the league, but under Dennis Allen they have been vulnerable against mobile quarterbacks. Their schedule had them slated against pocket passers until last week, when Hurts was the first running opposing QB of the season. He scored three touchdowns and ran for 69 yards.

It is a near certainty that a coaching staff as diligent as Buffalo saw this weakness, and if not turning the ball over is part of the plan, the ground game success will come from Allen, not the trio of running backs. The game state helps an increased run rate in the game plan too. The Bills are -200 on the moneyline and projected to be leading 66 percent of the game. Look for the Bills to design multiple runs for Allen in the red zone and when playing with the lead to control this game. 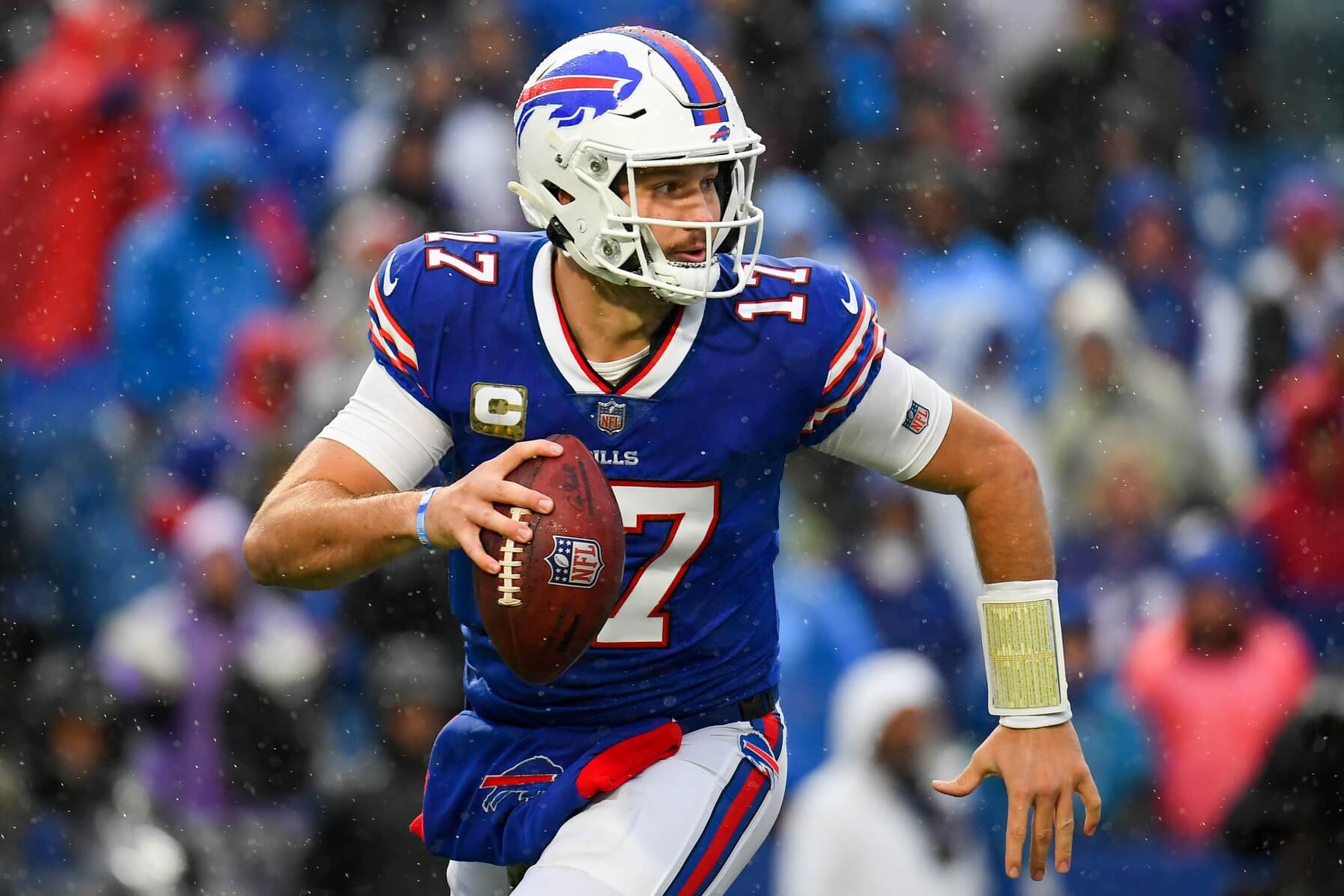