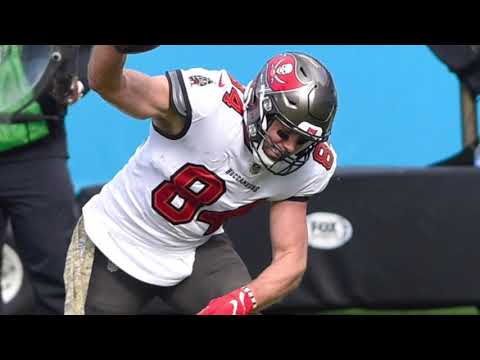 The Kansas City Chiefs aim for their second straight Lombardi Trophy when they face the Tampa Bay Buccaneers in Super Bowl LV at Raymond James Stadium.

The Bucs, who are the first team to play in a Super Bowl at their home stadium, opened as 3.5-point NFL betting underdogs for Super Bowl LV but early action on Tampa Bay quickly trimmed off that half-point hook. However, bigger bets are beginning to come in on Kansas City and this spread is moving back to Chiefs -3.5.

This is our Super Bowl LV betting preview for Chiefs vs. Buccaneers on February 7.

Over the past 13 Super Bowls, the early line move has been toward the eventual point spread winner in 10 of those games (with one draw). Tampa Bay moved to +3.5 to +3 before moving back to +3.5. Find more NFL betting trends for Chiefs vs. Buccaneers.

Since scoring 17 points in the first quarter of their 27-24 win over Tampa Bay back in Week 12, the Chiefs have combined for just 16 first-quarter points in the six games prior (minus Week 17 when Kansas City sat its starters). That includes posting goose eggs in the opening 15 minutes in three of those six outings, which K.C. did in falling behind 9-0 to Buffalo in the AFC Championship Game.

Tampa Bay isn’t much for first-quarter fireworks either. The Bucs averaged 5.5 points per opening frame on the season and have produced first-quarter scoring tallies of nine, zero, and seven in their three playoffs games (all on the road). Complementing that is a defense that has pitched two first-quarter shutouts in the postseason.

The first 15 minutes of the Super Bowl is often a feeling-out process, like prizefighters throwing jabs to figure out their opponent’s timing. And with the big-play danger from both of these offenses, neither stop unit will want to give up any home runs – and valuable Big Game momentum – early on.

We routinely see bad drops, miscues and errant throws in the first quarter of the Super Bowl, as nerves are terribly tight. The defense also plays with extra intensity in those first few snaps after waiting two weeks to hit somebody. Looking back at the past nine Super Bowl first quarters, we’ve seen teams post a collective average of just 6.55 points and there have been three scoreless opening frames in that span.

BET: First quarter Under 10 (EVEN)

As mentioned above, the first quarter will see both sides working out the Big Game jitters and testing the soft spots in their respective stop units. The second quarter, however, is when the fun begins.

Both the Bucs and Chiefs rank among the top first-half scoring teams in the NFL and realize that settling for field goals likely won’t cut it, given all the firepower on the field. Both head coaches in Andy Reid and Bruce Arians don’t hesitate to roll the dice and we could see some fourth-down attempts instead of settling for field goals in the first 30 minutes.

Tampa Bay has converted over 51 percent of its third-down opportunities in the postseason while also going a perfect 2 for 2 on fourth downs in the playoffs. Kansas City is 11 for 20 on third downs and is 3 for 3 on fourth-down tries in its two playoff games.

For what it’s worth, Buccaneers kicker Ryan Succop attempted 31 field goals during the regular season and just 12 of those kicks came in the first half.

Tom Brady has plenty of receiving options, including his old safety blanket Rob Gronkowski, who reeled in only one catch for 29 yards in the NFC Championship Game. But while the Chiefs secondary is scouting Gronk, Mike Evans, and Chris Godwin, the Bucs No. 2 tight end holds value in the Super Bowl LV markets.

Cameron Brate has been a sneaky target for Tampa Tom this season. He was relatively quiet in the opening nine games of the schedule but saw an uptick in reps in the second half of the year. He had 34 targets in the entire regular season but in the playoffs, he’s been thrown to 16 times for 11 catches, 149 yards and a touchdown—that score coming in the NFC title game.

Kansas City is one of the worst teams at defending tight ends after allowing 954 total yards and nine TDs to the position in the regular season. The Chiefs gave up 75 yards on six receptions to Cleveland’s TEs then watched Buffalo TE Dawson Knox snatch six balls for 42 yards and a TD in the AFC title game.

Gronkowski is priced at +160 to find the end zone in Super Bowl LV, despite just two catches on seven targets and zero TDs in the postseason. Brate, on the other hand, is much more active and paying out better than 3/1 odds if he nets a Big Game score.

The total for Super Bowl LV opened at 57 points and early play was on the Under. However, with a surplus of elite skill players, two quality QBs, a pair of offensive-minded head coaches, and money likely hitting the Over in the 48 hours before kickoff, we’re siding with a high-scoring finish on February 7 and getting the Over at 56.5 while we can.

Patrick Mahomes and the Chiefs scoring attack found their groove against the Bills and with RB Clyde Edwards-Helaire healthy and Darrel Williams also producing, this offense is even tougher to stop. Kansas City averaged just under seven yards per play in the AFC Championship and put 38 points on the board—the team’s highest-scoring effort since dropping 43 points on Denver in Week 7.

Brady & Co. haven’t been blowing the doors off opponents in the postseason, picking up 5.8 yards per play, but have managed scores of 31, 30, and 31 points in those road wins. They’ll face a blitz-happy K.C. defense and have done well when handling extra rushers, giving up only 13 QB pressures and two sacks on 32 blitzes this postseason.

This Tampa Bay offense is a big-play vertical route-running attack, posting 67 passing plays of 20 or more yards in the regular season. The Chiefs were two better with 69 passes of 20-plus yards and the second-best pass offense DVOA at Football Outsiders. However, Kansas City’s aggressiveness on defense can bite it in the ass, panning out to 54 passing plays of 20 or more yards allowed by the Chiefs.

As it stands, this is the largest Over/Under the Bucs have faced all season and tied with the Chiefs’ tallest O/U (56.5 vs. Las Vegas in Week 11: K.C. won 35-31) of 2020-21. It’s also the second-highest Super Bowl total in history—just a half-point back of the 57-point numbers for Super Bowls XLIV and LI.

Against the Spread (ATS) Bet

The Buccaneers will have all the comforts of home come Super Bowl Sunday, something no other team has ever had in the Big Game.

While the limited fans in the stands will likely split the rooting interest, just how much that home-field advantage is worth remains a mystery. Some oddsmakers say maybe half a point. Others are saying as much as 1.5 points to the spread. Whatever the ultimate value, there is an advantage. And you need all the edges you can get when playing the Chiefs.

This game will be won and lost on the shoulders of Tampa Bay’s defense, which is playing at a very high level heading into Super Bowl LV and finished No. 5 in defensive DVOA this year. The Bucs just knocked off the Saints and Packers on the road, thanks to an extremely disruptive stop unit, which has recorded five takeaways and seven sacks so far this postseason.

Tampa Bay dismantled the Green Bay offensive line in the NFC Championship, a pass protection unit that ranked No. 1 in the league, and now faces a Kansas City O-line playing with a patchwork of players up front and missing starting tackle Eric Fisher (out with torn Achilles) on the blind side. The Bucs were able to sack Mahomes twice, including a strip-sack from Shaquil Barrett, and record seven QB hits in the Week 12 loss to Kansas City.

Looking at Mahomes’ track record against the spread when under fire, the Chiefs are just 2-4 ATS when he’s been sacked two or more times this season. Kansas City is also 10-11-1 ATS (48%) in those “two or more sacks” games since Mahomes became the starter, which may not look like much until you consider K.C. is 21-11-1 ATS (66%) when allowing less than two sacks in a game.

The early line move to Tampa Bay (+3.5 to +3) indicates that some wiseguys are buying into the Bucs’ momentum, having won seven straight games since that defeat to Kansas City (5-2 ATS). And now with the half-point hook coming back around, you have to love a home dog on the other side of the field goal in the Super Bowl.

You can bet on Super Bowl odds at every online and casino sportsbook, including moneylines, spreads, Over/Under totals, and a ton of Super Bowl prop odds. Head over to our best-suggested sportsbooks for the top Super Bowl betting sites in your area. 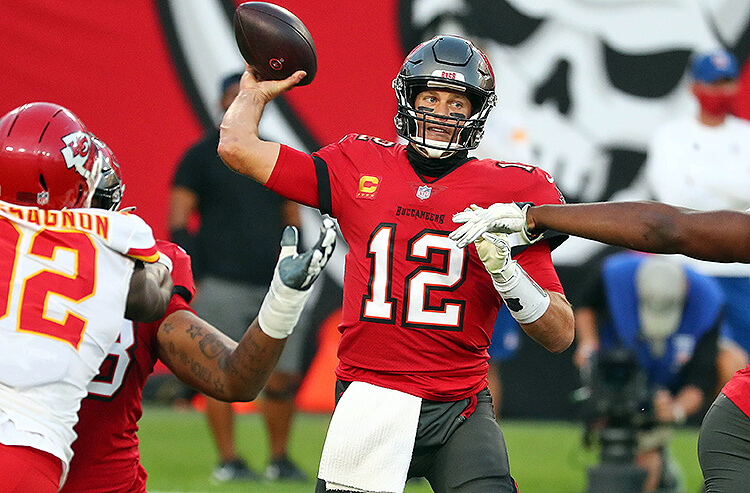