The Super Bowl is the most-bet matchup of the year, and Covers is keeping an eye out for some of the biggest wagers on the Big Game.

Each year, Covers tracks the largest wagers on the Super Bowl right up until game time.

Once the teams are decided, we'll update this page when big bets are made on one of the Super Bowl teams.

BetMGM in Las Vegas took some significant bets on the Rams on the weekend with one bettor believing L.A. will get off to a fast start. The bettor placed three separate $1 million bets on Rams first-half plays:

Return of the Mack

Jim McIngvale, a.k.a. “Mattress Mack,” doubled down and put another $5 million on the Bengals moneyline, Caesars Sportsbook reported on Friday.

Per @CaesarsSports, Mattress Mack has placed another $5 million bet on the Bengals moneyline (+170).

The Houston furniture salesman, known to use the betting market to hedge promotional giveaways, now has ~$9.5 million riding on the Bengals for a potential net win of $16.2 mil.

This one's going to be hard to top.

McIngvale is a Houston furniture store owner who is known for his massive bets made in conjunction with promotional giveaways. His Super Bowl bet this year was actually several bets, made via the Caesars Sportsbook app in Louisiana, which added up to a $4,534,000 wager on the Bengals to beat the Rams straight up.

Caesars said the $4.5-million play is the second-biggest legal Super Bowl wager in history. The only larger punt was a $4.9-million bet made during the 2002 Super Bowl at pricey odds of -900, the operator said.

DraftKings Sportsbook's Casino Queen in East St. Louis Illinois reported a $1 million same-game parlay for on the Under and the Bengals moneyline. It would payout at $4.15 million.

There have been at least three six-figure bets placed on the Rams to win outright — and at a steep cost.

Caesars Sportsbook has reported both a $400,000 and a $180,000 moneyline wager on L.A., at odds of -200 and -180, respectively. The larger of those bets was actually made in person, at the Horseshoe Bossier City casino in Louisiana.

To live and die with L.A.

Caesars Sportsbook was quick to report a few major plays. The bookmaker's Super Bowl odds opened at Rams -3.5, but the line moved quickly to -4 and then to -4.5 as some big bets were laid on Los Angeles.

“The Rams may be more comfortable with their surroundings, but I don’t think [homefield] means that much at all to the spread,” said Adam Pullen, assistant director of trading at Caesars Sportsbook, in a press release. “Other people might disagree and think it’s worth a little, maybe that’s the reason why the spread has gone up. It was 50/50 for Rams and 49ers fans [on January 30], and Super Bowl is corporate. It’s not like it’s your average fan that’ll be in a lot of the seats.”

Where can I bet on the Super Bowl?

You can bet on Super Bowl odds at every online and casino sportsbook, including moneylines, spreads, Over/Under totals, and a variety of Super Bowl props. Head over to our best-suggested sportsbooks for the top Super Bowl betting sites in your area. 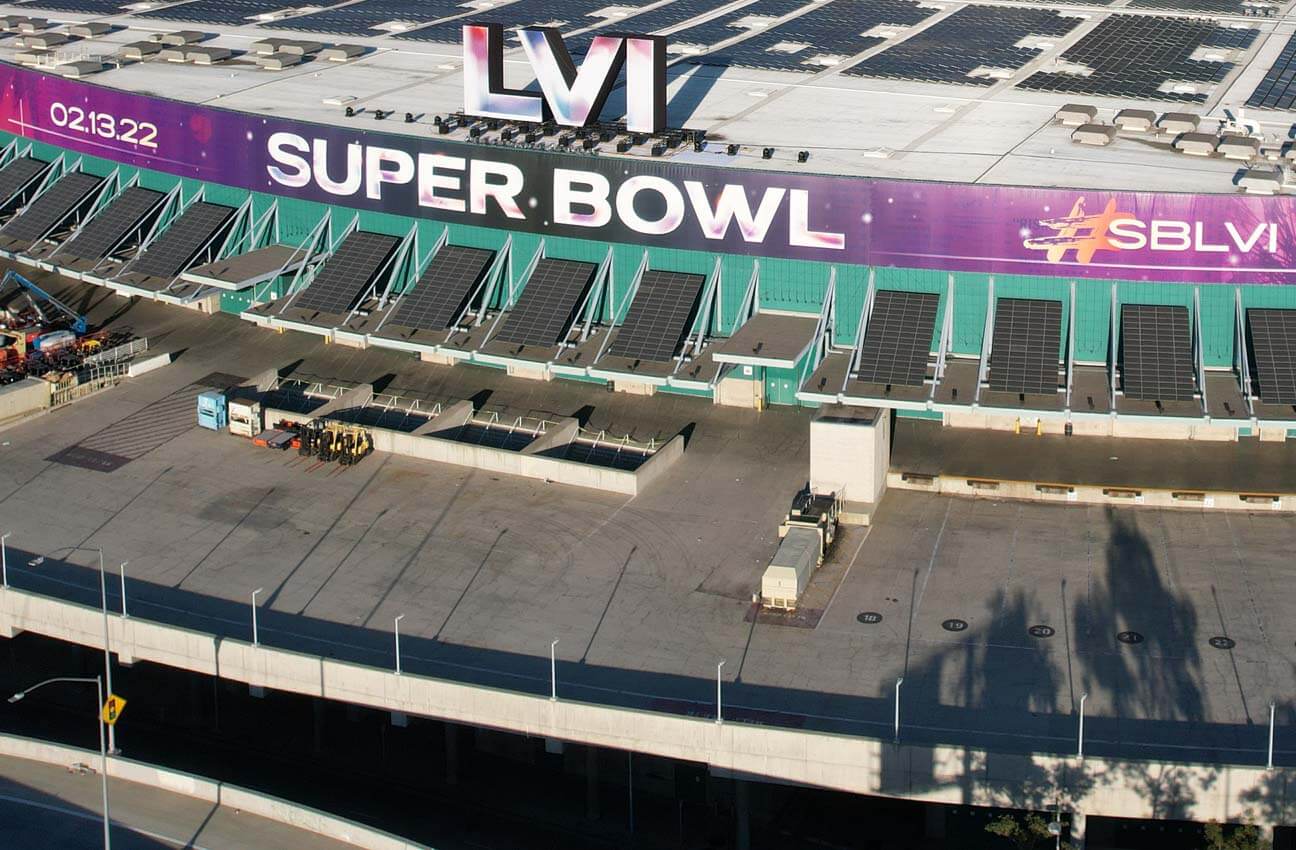