If you had the foresight to sniff out Tom Brady's move to Tampa Bay last spring and get down on the Buccaneers' Super Bowl futures price in the +5,000 range, congrats. Make sure you treat yourself to something really nice.

Or... hear me out... you delete those new Air Jordans from your shopping cart and instead roll those winnings into another long-shot Super Bowl LVI pick. If you're not entirely sold on that plan, let us do the heavy lifting for you with these four NFL teams worth a bet to win Super Bowl 56.

The Rams are the fifth overall choice on the futures board, so not a crazy pick to win the 2022 Super Bowl by any means. Los Angeles was around +1,800 when the Super Bowl LVI futures went up and the massive deal to drop Jared Goff for Matthew Stafford swung L.A. to as low as +1,000. You can still get Los Angeles at +2,000 at some books, so shop around if you can.

With Stafford under center, there's so much to like about the Rams right now. The offense has some steady skill players around Stafford, who should benefit from Sean McVay's offense which finally has a big-armed QB to complement a steady ground game. But the shining star of this franchise is the defense – which ranked fourth in DVOA at Football Outsiders in 2020 – and as we now know, a disruptive defense can take you all the way to the Lombardi.

I can hear a collective groan coming from the Covers editorial team as they read this section. Yes, I'm a Cowboys fan. But there's no denying the surplus of talent on this team and also the overall crappiness of the NFC East. If Dallas can keep those top stars healthy, the path to the playoffs is wide and smooth.

Before Dak Prescott's season-ending injury, the Cowboys offense was putting up massive numbers and they should keep the core of that scoring attack in place this offseason. It was the defense that was the biggest issue. Dallas has some solid players on the stop unit, but it struggled under Mike Nolan's complex systems.

New defensive coordinator Dan Quinn – one of the architects of the famed "Legion of Boom" in Seattle – will give this defense teeth and if Jerry Jones can stop drafting WRs and actually add some support in the secondary, the Cowboys may be able to slow down foes just enough for the offense to win games.

You know why Brady to the Bucs worked? It was a turnkey solution. Tampa Bay already had an awesome defense and talented skill players but no reliable arm under center. The same situation is out there in Indianapolis.

The Colts have a great defense (seventh in DVOA) and an offense rich in pass protection with solid playmakers (if they can keep T.Y. Hilton around) and a budding ground game (12th in offensive DVOA). Based on those stats, Indianapolis is actually in better shape than Tampa was at this time last year. So now all the Colts need is a quarterback. Simple, right?

Carson Wentz is the latest QB rumored to be heading to Lucas Oil Stadium, but names like Sam Darnold and Derek Carr (who could really make waves) are bouncing around. Deshaun Watson would obviously be the biggest coup, but I don't see Houston trading him within the division. Or, Indianapolis could take a swing with a rookie QB in the first round with a bumper crop of young passers coming up from the college ranks this year. The Colts currently own pick No. 21 but may swing a deal to move up and get their next face of the franchise.

Lurking in the NFC West is a potential long-shot shocker with the Cardinals as high as +4,100. Arizona has one of the best QB/WR combos in the league with Kyler Murray and DeAndre Hopkins and opened the 2020 slate with a 6-3 SU mark in its first nine games before the wheels fell off the bus in the second half of the schedule, finishing 2-5 in the final seven games.

The division is tricky, especially with Stafford tossed into the fray in L.A., but the Cardinals are a solid two-way team. They ranked 10th in defensive DVOA this past season with a stingy secondary that allowed the 10th fewest passing yards and a pass rush that racked up 48 sacks (fourth most).

The offense needs to give Murray more to play with in the pass game and there are some great free-agent options at receiver in guys like Hilton, A.J. Green, and Allen Robinson. A top tight end, like FA Hunter Henry, would also work great in Kliff Kingsbury's playbook. Arizona is just a few pieces away from getting over the hump – and then some – in 2021. 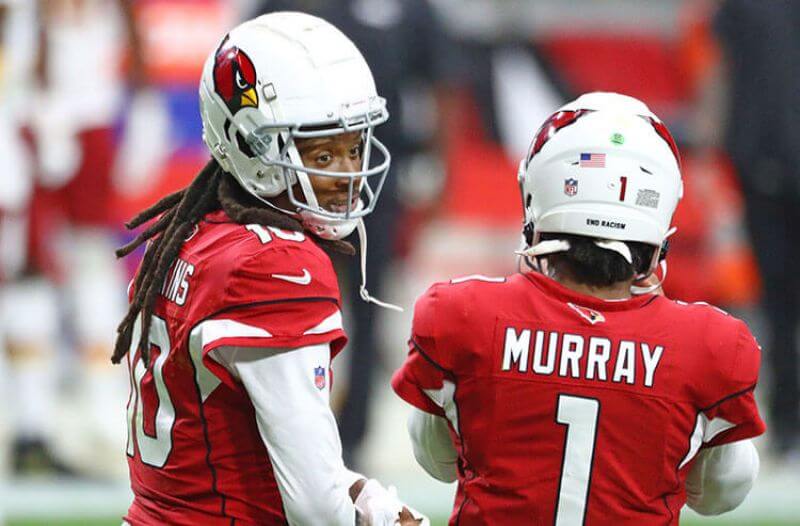