In the realm of sports betting, football is king. A perfect example of this is NFL Draft betting.

The annual spring event, in which pro teams bolster their rosters with the best available talents from the college ranks, has become big business for sportsbooks and keeps that NFL action coming even in the middle of the offseason.

With the first round of the 2021 NFL Draft set to begin on April 29, we teach you how to bet on the draft, break down some betting tips to help you turn a profit when the picks come in, and run down the most popular ways to wager on the NFL Draft.

There are a handful of staples on the NFL Draft betting board, but bookmakers get more and more creative every spring with the different types of NFL Draft odds. These are the most common ways to wager on the NFL Draft.

Who will be the player selection No. 1 overall? Who will be the No. 2 or No. 3 pick? These types of NFL Draft props are among the most common, with bookies setting odds on a wide field of top players and pricing them according to their draft stock.

Oddsmakers set a player's estimated pick position in the draft and bettors can wager on whether that player will be selected Over that number or Under that number. For example, if a player has an Over/Under draft position of 5.5, a bet on the Over expects them to be selected No. 6 or higher while a bet on the Under is banking on a pick of No. 5 or lower.

Head-to-head props match two players close in expected draft position against each other and bettors can select which player will go first in the draft. An odds set is assigned to each matchup, based on both players’ probability and incoming betting action.

There are a couple of different position-based props when betting on the NFL Draft. One is wagering on the first player of that position to be selected, such as the first receiver taken in the draft. The other form of position props is an Over/Under total for the total number of players at that position to be selected in the round, such as Over/Under 13.5 defensive players picked in Round 1.

School and conference props also have various forms for betting on the NFL Draft. Oddsmakers will set an Over/Under total of expected players selected from a particular school or conference in a given round, such as the total number of Alabama players taken in Round 1: Over/Under 5.5.

Head-to-head school and conference props are also available, pitting two schools or conferences against each other and allowing bettors to select which one will boast the most draft picks in that round. These can sometimes have a handicap involved as well. For example, which conference will have the most Round 1 picks: Big Ten (-1.5) or ACC (+1.5)? Here, the Big Ten would need to have two or more players selected in Round 1 as compared to the ACC to cover the -1.5 spread.

How to read NFL Draft odds

Most NFL Draft odds are displayed in American odds, which assign a positive or negative to a value displayed in hundreds or thousands based on implied improbability.

American odds can be converted to decimal, fractional, or implied probability using our odds converter.

Tips for betting the NFL Draft

If you’re ready to make some picks on the picks (see what I did there?), here are some tips for betting on the NFL Draft.

The NFL Draft has gained popularity in the past decade and there are a number of sources dedicated to reading the tea leaves and projecting the proper order of players selected in the NFL Draft. These mock drafts are a great place to start your NFL Draft handicapping.

Keep your ear to the ground when it comes to draft news and rumors. Make sure to follow the NFL insiders and draft analysts on social media and get the latest takes and rumblings from team head offices, especially as it pertains to potential trades and teams moving up in the draft order.

NFL teams don’t always draft the best talent available and rather opt to fill team needs at certain positions. This means that highly touted players could fall back in the draft if those clubs with early picks don’t need help at those positions.

The annual NFL Scouting Combine puts the top prospects on display, working those players through a series of tests and drills to help teams get a deeper dive into their skill sets. Some players will pass on the official combine and host their own pro day, inviting scouts to witness a planned and controlled session. Monitor the reaction before and after these events to have a pulse on players’ draft stock.

Editor's note: The NFL Scouting Combine was canceled in 2021 due to COVID-19.

Bet early and watch for steam

NFL Draft odds start to trickle out in the early spring and really ramp up in the week before the draft itself. For those early markets, any softer odds won’t stay put for long as sharper and professional bettors jump in and make their bets. If you do have a solid opinion on the opening draft odds, pounce on them while also monitor which markets are moving the most.

The juiciest and most actionable information for betting on the NFL Draft comes out in the 48 hours before Round 1. Team’s picks and plans can often leak to the media within this window, allowing you to beat your bookies to the punch before they pull the odds off the board. Some sportsbooks are required to close NFL Draft betting within this two-day window, so make sure you know the house rules at your respective betting site of choice.

Where to bet on the NFL Draft

Due to the unflappable infatuation with football, most sportsbooks offer some form of betting on the NFL Draft. The options and size of the wagering menu vary from sportsbook to sportsbook, as some legal markets limit betting operators to only certain formats of draft props. Check out our list of top sportsbooks in your area.

Who are the top prospects in the 2022 NFL Draft?

While this year's class appears to lack the clear-cut top quarterback prospect, Michigan's Aidan Hutchinson and Oregon's Kayvon Thibodeaux have long been seen as the gems, with Alabama's Evan Neal not far off.

What can I bet on at the NFL Draft?

Depending on where you bet on the NFL Draft, you can bet on individual pick position props, Over/Under player pick positions, head-to-head player props, and many more NFL Draft props. 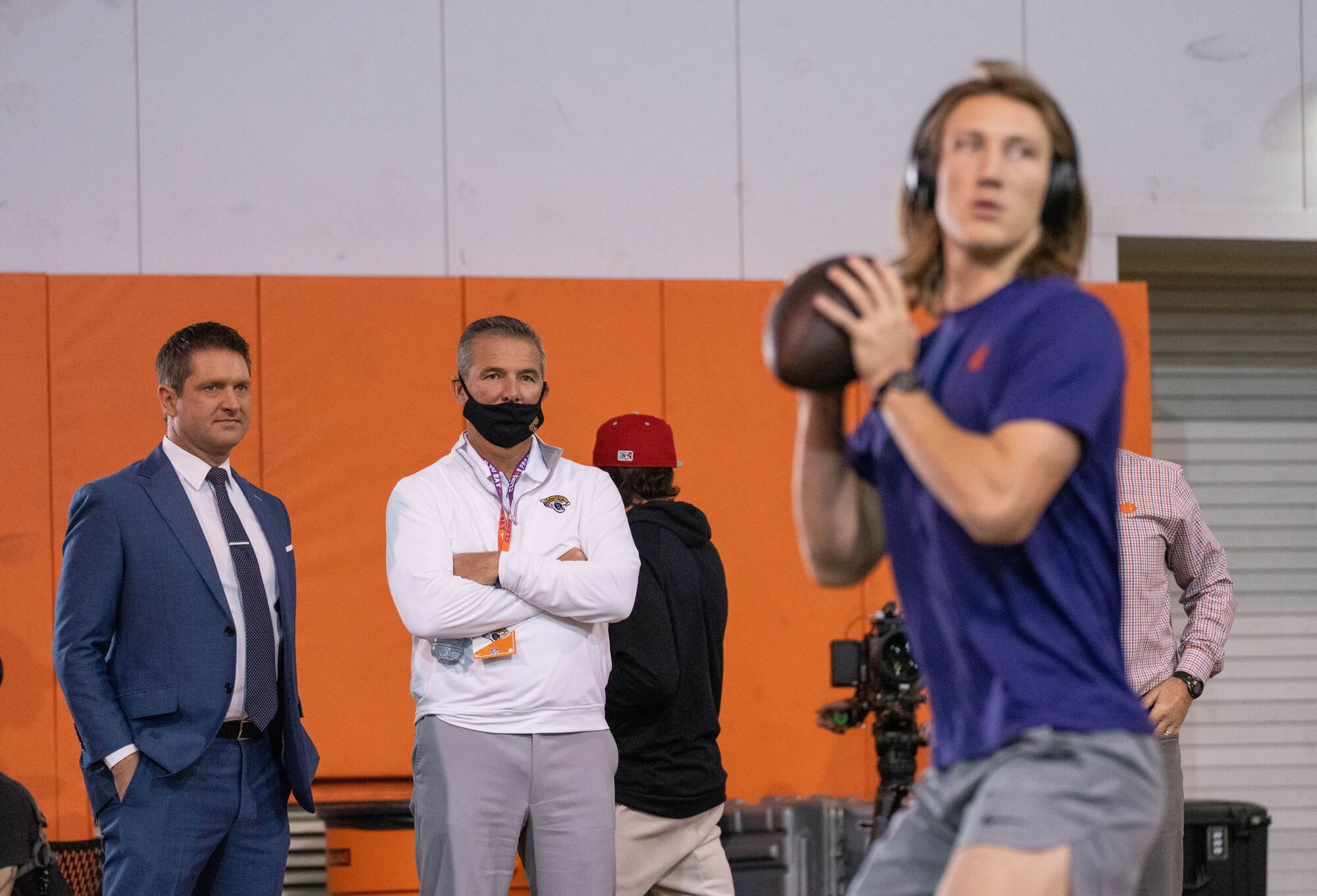 Learn How To Bet On the NFL Draft
Provided by