Week 12 is a showcase for two of the top young quarterbacks in the NFL when Josh Allen and the Buffalo Bills host Justin Herbert and the Los Angeles Chargers on Sunday.

The Bills hit the board as 5.5-point home chalk coming off a bye week and that dead number was bet up to -6 with early action on Buffalo. The Chargers are coming off a shaky win over the New York Jets, which snapped a three-game losing skid.

These are our NFL free picks and predictions for Chargers vs. Bills on November 29.

The forecast for Orchard Park is calling for mild temperatures but sunny skies on Sunday afternoon. Temps will sit around 50 with cross-field winds blowing up to 14 mph. Be sure to monitor the gametime conditions with our NFL weather info.

The Chargers have gone Over the total in seven straight games heading into Week 12. Find more NFL betting trends for Chargers vs. Bills.

A 6-point win over the Jets at home is nothing to hang your hat on, especially coming on the coattails of a three-game losing skid. The Chargers were once the darlings of the NFL betting community, opening the season with a 5-1 ATS record before going bust in each of the past four games.

Herbert has been fantastic since taking over the starting gig but he’s not only playing against opposing defenses, he's going against his own. Los Angeles has barfed up just under 30 points per outing during this four-game ATS slide and continues to burn itself with special teams miscues and careless turnovers—also known as “Chargering”.

Buffalo broke out of its offensive funk the past two games, hanging scores of 30 and 44 points versus the Arizona Cardinals (loss) and Seattle Seahawks (win). The Bills, who totaled just 75 points between Week 5 and Week 8, have a dangerous downfield attack that’s recorded 41 passing plays of 20 or more yards—tied for most in the league.

Stefon Diggs is the top target and main catalyst for those home run plays, reeling in 73 catches for 906 yards. The Bolts have done a good job limiting the long bombs (giving up 27 plays of 20-plus) but have struggled versus No. 1 receivers, ranked 23rd in DVOA against the position.

We’ve seen the Chargers step up to the level of their competition – at least we once did – but this cross-country trip and 1 p.m. ET start (10 a.m. PT back in L.A.) in chilly upstate New York is a tough situation for Herbert and the Bolts.

This total opened as low as 51.5 and has risen as high as 54 points with early play on the Over.

You know what you’re getting from the Bills here. Buffalo has yet to establish a consistent rushing attack, handing off on less than 39 percent of its snaps, and with the forecast clearing for Sunday afternoon this game could turn into a track meet.

The Bills have allowed big scores in their last two games, with 32 and 34 points allowed to those NFC West opponents. Los Angeles is the third-best passing attack in terms of yardage and boasts a towering receiving corps with monsters like Keenan Allen (6-foot-2), Mike Williams (6-foot-4) and TE Hunter Henry (6-foot-5) dwarfing a Buffalo starting secondary that tops out at 6-foot.

The Chargers are the hottest Over bet in football, going Over the number in seven straight games, while the Bills have topped the total in three straight contests and seven of their 10 games on the year.

As mentioned above, Henry holds a significant height advantage over the Bills coverage, as he does with most opposing defenses. However, he could find Week 12 extra sweet against a Buffalo stop unit that has been gashed by tight ends this season.

Buffalo is dead last in yards allowed to the position, watching opposing TEs stomp their way to 642 yards and six touchdowns. Henry caught four balls for 48 yards and a TD versus New York and had 30 yards on four grabs with a score against Miami in Week 10. 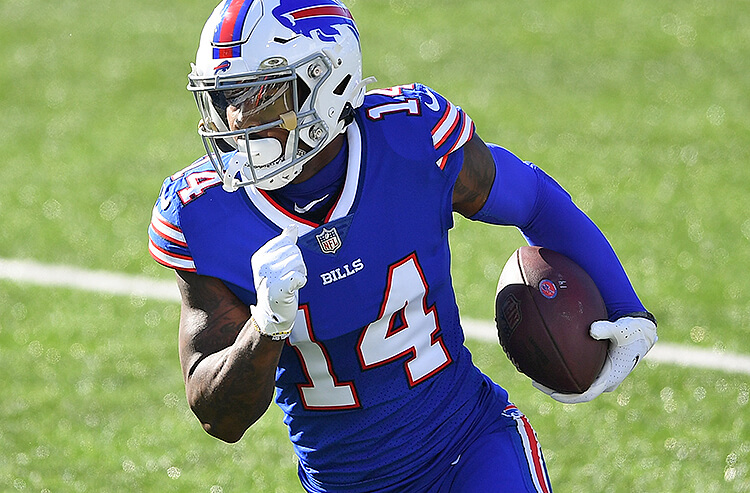 Chargers vs Bills Week 12 Picks and Predictions
Provided by