Even after last week’s loss to the Chiefs, the 6-4 Las Vegas Raiders are still in the AFC playoff picture and will set their sights on the possible Julio Jones-less Atlanta Falcons.

The Falcons are chilling in the NFC South basement at 3-7 and sit as three-point home dogs for Sunday’s match with a hefty total of 55.

Here are our NFL free picks and predictions for Raiders vs Falcons on November 29 (1:00 p.m. ET).

This game will be played indoors at the Mercedes-Benz Stadium. Be sure to monitor the gametime conditions for other matchups with our NFL weather info.

We thought the Falcons would have put up a bigger fight against Taysom Hill and the Saints last week, but the New Orleans defense proved too much. Luckily for Atlanta, they head home this week and play a Raiders team that gave up 35 points last week and own a bottom-10 DVOA defense. But with WR Julio Jones hampered by a hamstring injury, the offense may struggle.

Jones could be a game-time decision this Sunday which would be bad news for Matt Ryan and the offense. Jones has missed two games this year, and the Falcons are 0-2 SU and ATS in those games. Jones also only saw 22 snaps in last weeks’ 24-9 loss.

The Raiders are 3-1 SU (3-1 ATS) on the road this year and are currently riding a four-game ATS winning streak. This is also an offense that has put up at least 30 points in three straight games while averaging six yards per play and 2.3 takeaways over that stretch.

Playing indoors has really been the difference between points or not for both these teams. Combined, Atlanta and Las Vegas have played 13 total games indoors and the Over is a cool 9-3-1 with an average score of 56.3 points per game.

Vegas has been one of the best teams at not punting this year, hoofing the ball away just 2.5 times per game.

The Raiders have scored 28 points over their last three first quarters as this offense has been hot to start their most recent games. Atlanta has been consistent all year in its first-quarter production as they sit fifth in the league at 6.5 points per 1Q.

Combing what we know about these teams’ 1Q success, with their offenses’ success on the indoor track and each team sporting bottom-10 DVOA defenses, we’re getting in and getting out on this 1Q play that we like better than the Over 10.5. 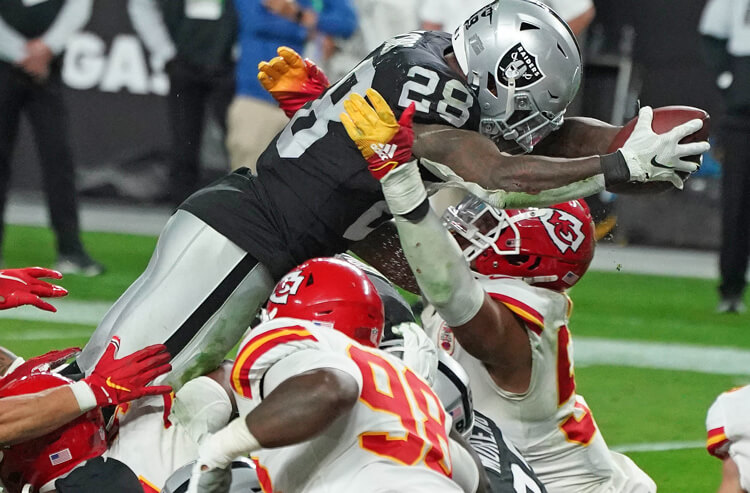 Raiders vs Falcons Week 12 Picks and Predictions
Provided by 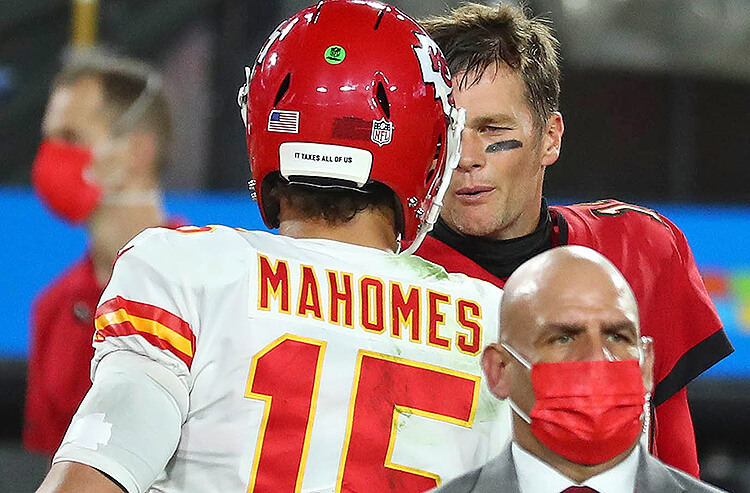