There’s never a dull moment in the NFC West and Thursday night’s matchup between the Arizona Cardinals and Seattle Seahawks is a pivotal contest in terms of the division’s pecking order.

The Seahawks are 3-point NFL betting favorites at home coming off back-to-back losses, while Arizona rebounded from a Week 9 defeat to Miami with a last-second victory over Buffalo last Sunday. That was the Cardinals’ fourth win in their past five games, including an OT thriller over Seattle in Week 7.

These are our NFL free picks and predictions for Cardinals at Seahawks on November 19.

The forecast is calling for a 50 percent chance of rain Thursday night with temperatures dipping into the low-40s and winds blowing up to 10 mph at CenturyLink Field. Be sure to monitor the gametime conditions with our NFL weather info.

The Under is 6-4 in the past 10 matchups between the Cardinals and Seahawks. Find more NFL betting trends for Cardinals vs. Seahawks.

This spread opened as big as Seattle -4 but with these teams headed in opposite directions, that perceived margin is down to a field goal.

The Seahawks defense has been a sore spot for the team all season, but Russell Wilson and the offense were always there to bail them out. That hasn’t been the case the past two games, with Wilson running out of fourth-quarter magic. However, Wilson is back home after two road stops, and boasts a league-best 126.2 passer rating inside CenturyLink Field, compared to just 98.3 on the road.

The Cardinals have found themselves in close battles the past three games and appear headed for another considering this shrinking spread. The Arizona defense has been just as porous as its division rival, allowing its last three opponents to score 30 points or more, including 34 points from the Seahawks in Week 7’s overtime win.

Arizona was a DeAndre Hopkins Hail Mary catch away from a second straight loss versus the Bills and, if not for a holding call taking a game-winning Seattle TD off the board in overtime, this Cardinals team could easily have a 0-3 mark the past three contests.

This is a monster total, opening at 56.5 and quickly jumping to 57.5 points as of Monday morning. These teams combined for 68 points in regulation at Arizona in Week 7, but that came on the indoor track in the desert.

This Week 11 matchup could be a bit slower and soggier, thanks to that famous Seattle weather. The extended forecast is calling for rain in the Emerald City all week, including showers Thursday night. That could help slow down a Cardinals offense running a breakneck pace, calling 71.7 offensive plays per game over its last three outing – third-most in the NFL in that span.

The Seattle defense is coming off one of its better performances of the season in Week 10, holding the Rams to 24 points, despite three turnovers and a TOP of only 26:24. The Seahawks looked especially strong in the second half, debuted DT Snacks Harrison, and could have starting corners Shaquill Griffin and Quinton Dunbar back for this primetime game. If this stop unit provides some extra pushback down the stretch, Seattle could be a handful.

Another week, another Kyler Murray to score a touchdown prop.

Murray not only found the end zone in Week 10, but scored two rushing TDs backed behind 61 yards on the ground. That puts the second-year dual-threat QB at 10 touchdowns on the season, having recorded one in all but one game. In three career games versus the Seahawks, Murray has two TDs and 134 total rushing yards.

Seattle watched Murray gallop for 67 yards and a score in Week 7 and has allowed five total rushing touchdowns to rival quarterbacks this season—second-most in the NFL. Overall, the Seahawks have given up 14 TDs on the turf in 2020, which sits tied for third-most rushing scores allowed.

Did you know that if you parlayed this week’s NFL Cardinals vs. Seahawks picks, you could win $58.14 on a $10 bet? 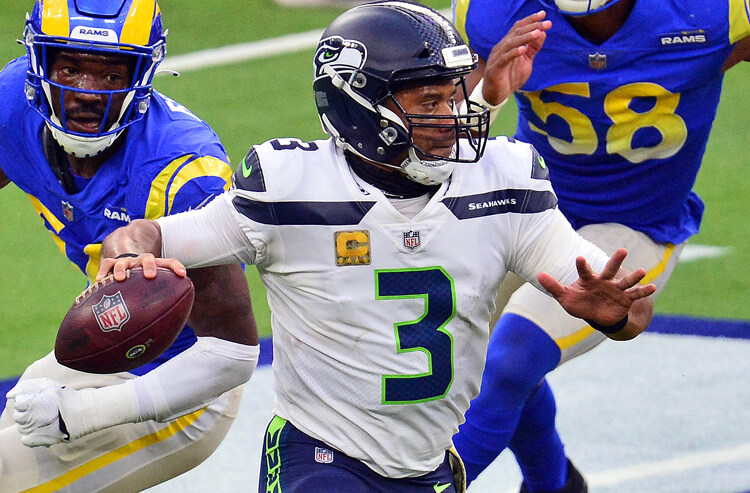 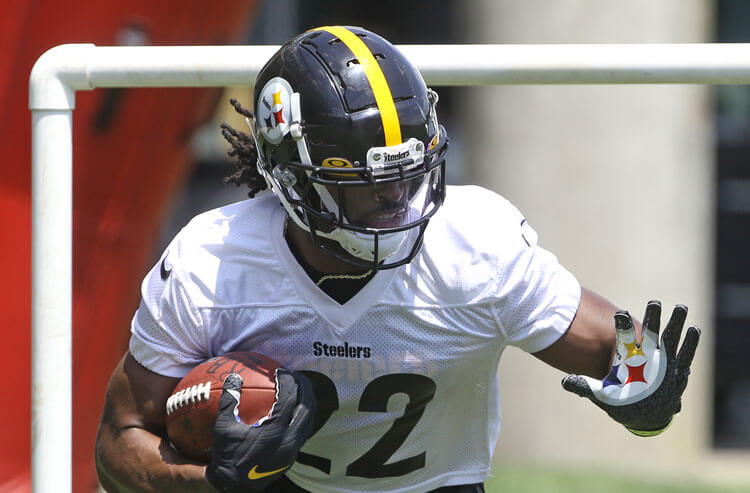 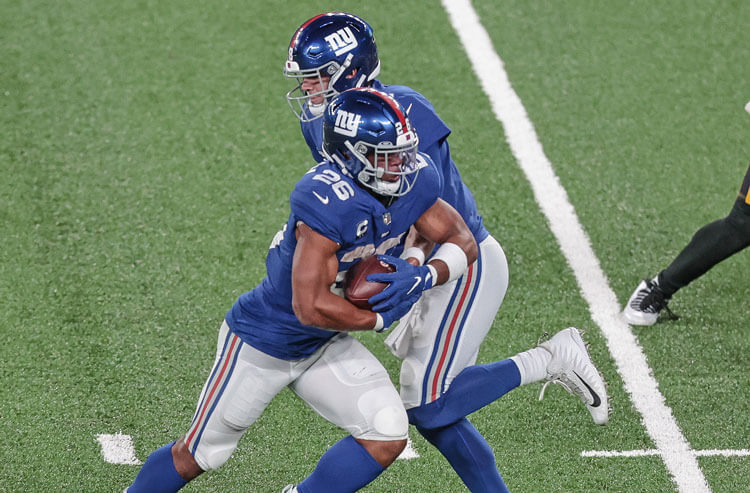 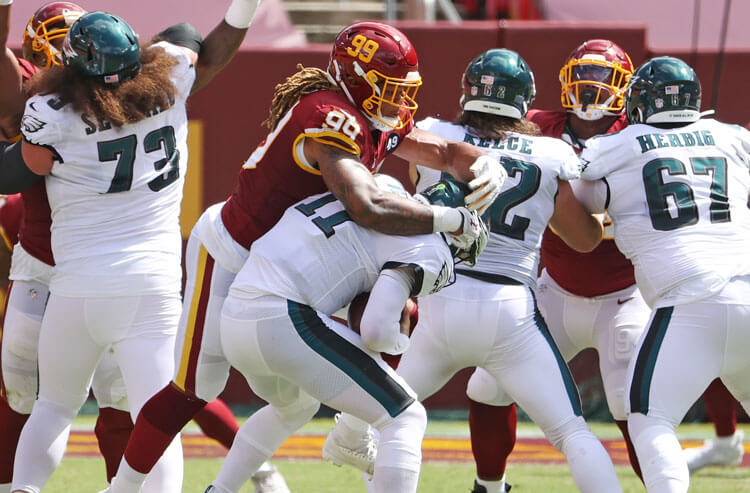 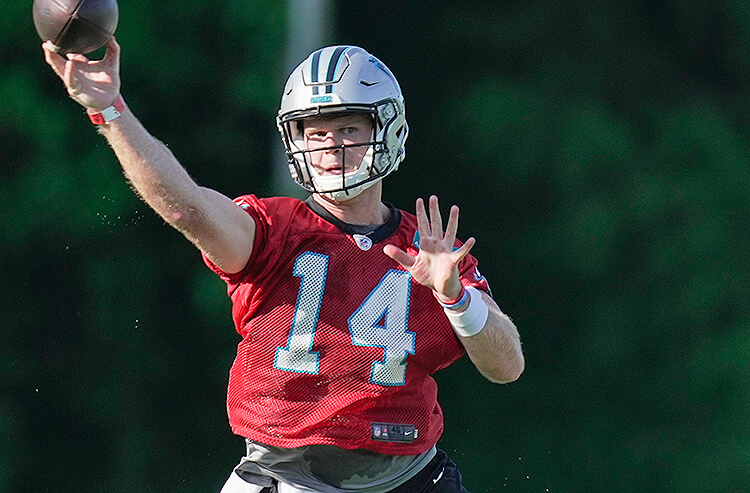 NFL Power Rankings: Don't Rhule Out a Bounce Back For Darnold in Carolina 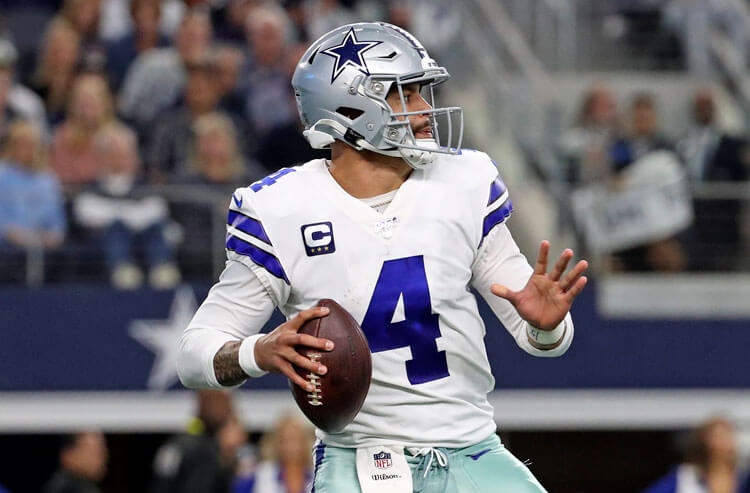 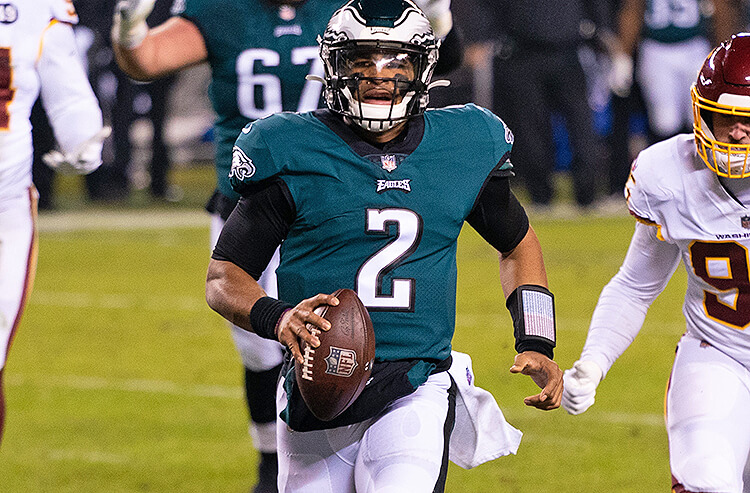