Browns vs Ravens Sunday Night Football Picks and Predictions: Cleveland Gets Their Legs Back

Cleveland expects to have its backfield duo of Chubb and Hunt back for the first time in over a month when they face the Ravens on Sunday Night Football, but Lamar Jackson is also back for Baltimore. Find out who has the edge in our NFL betting picks. 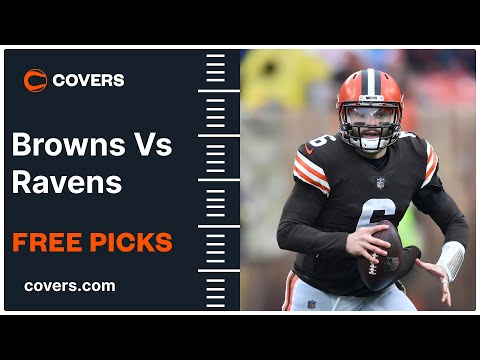 The AFC North rivalry between the Cleveland Browns and Baltimore Ravens shines under the Sunday Night Football spotlight in Week 12. With the division still very much up for grabs, this primetime contest holds extra weight as NFL betting hits the home stretch of the schedule.

Baltimore is a 3.5-point favorite and will have star QB Lamar Jackson back under center after missing last week’s game due to illness. Cleveland is also expected to have QB1 Baker Mayfield active, as he’s been dealing with injuries…well, all season.

Check out our free NFL betting picks for Browns at Ravens on November 28.

Baltimore opened as a 4-point home favorite for Week 12 and that spread bounced between -3.5 and -4 all week before settling in at -3.5 on Sunday morning, with the Ravens juiced to -115 at some books. The total opened at 46.5 points and rose to 47.5 before sitting at 47. Use the live odds widget above to track any future line movements right up until kickoff and be sure to check out the full NFL odds before placing your bets.

The Ravens are 2-6 ATS in their last eight games as favorites. Find more NFL betting trends for Browns vs. Ravens.

Browns vs Ravens picks and predictions

The Browns have a ripe opportunity for a run late in the season, given this roster is getting healthy and has a bye waiting in the wings in Week 13.

Cleveland has never been the most opportunistic team in the past, but with its vaunted rushing game back – Nick Chubb and Kareem Hunt together for the first time since October 17 – and the Ravens potentially missing load-bearing players up front, the Browns are primed to return to the ground-and-pound approach that made them the best rushing attack in football.

Baltimore could be without NT Brandon Williams and DE Calais Campbell for Week 12 and without those stalwarts slowing down runners at the line of scrimmage, this potent Cleveland rushing attack can pick up speed and exploit Baltimore’s soft underbelly when it comes to second-level yards (No. 1 in stuff rank but 17th in 2nd level rank at Football Outsiders) and blown tackles (71 missed tackles – 14th most).

Not only does the Browns’ run game move the ball better than some passing playbooks (No. 2 in EPA per rush at + 0.037) but that also drains the clock and keeps the ball away from Jackson and the Ravens’ offense, which also likes to play a game of keep-away – sitting tops in average time of possession at 33:27 per game.

With limited touches, Baltimore’s playbook may need to go with more passing calls to make up on yardage and that’s when Cleveland unleashed Myles Garrett and pass rush that owns 29 sacks on the year and sits among the top defenses in pressure rate and QB hits despite blitzing less than 25 other teams (21.1% of dropbacks). That leaves extra bodies to spy Jackson and trip the dangerous dual-threat up when he decides to scramble.

Betting on either of these AFC North teams has been pretty uncomfortable for football fans in the past two months (both 1-3 ATS in their last four games), but we’ll side up to Cleveland with the half-point hook and the run game getting its legs back on Sunday Night Football.

Before injuries took their toll on the Browns’ run game, this offense sat second in TOP per outing and made life easier on the passing attack, which operated with far more clean air and faced much easier down/yards situations.

The Ravens know all about it - constantly sitting among the best possession teams since 2018 - and know they can’t allow Cleveland to consume the football with Chubb and Hunt back in action. These offenses rank among the most methodical in the league, with Cleveland running the third-slowest tempo (29.99 secs per play) and Baltimore at No. 8 in that metric (28.86 secs per play).

The passing attacks for both sides sit middle of the road in terms of Passing Offense DVOA and Cleveland’s air game has been especially hampered with Mayfield fighting through numerous ailments, most importantly a shoulder injury. He’s topped out at 234 yards passing over the past five games with an EPA per dropback of -0.006 – 23rd in that span.

Jackson doesn’t get as much praise for his passing as he should, but he could be without two of his top targets healthy in Week 12 with WR Myles Boykin out and WR Marquise Brown questionable (but expected to try to go) with a thigh injury. The offense was lost without Lamar in Week 11 but over Jackson’s last three starts, the Baltimore passing game ranks 29th in EPA per dropback (-0.146).

These divisional foes blew the total out of the water when they last met, back in December 2020, but have stayed Under the number in six of their last nine and will be very stingy with touches and the clock on Sunday night.

The Ravens have allowed plenty of big plays, but the pop needed to hit those home runs may not be there for the Browns due to Mayfield’s blown shoulder. That means when Baker does drop back, he’ll be looking underneath – especially on play action – and targeting TE Austin Hooper.

Hooper’s been busy this month, seeing a total of 20 targets for 14 receptions and 118 yards since Halloween while sharing looks with fellow TE David Njoku. Hooper could add to those growing numbers against a Baltimore defense that’s given up the fifth most yardage to tight ends along with six touchdowns to the position.

The Ravens did a good job versus the Bears’ talented TEs last week (only three total catches) and limited Miami’s TEs to three grabs in Week 10 (shutting out Mike Gesicki), but those offenses didn’t present that same play action twists the Browns do.

Hooper’s receptions total prop is a modest 2.5 Over/Under, which he's topped in three of the last four contests. 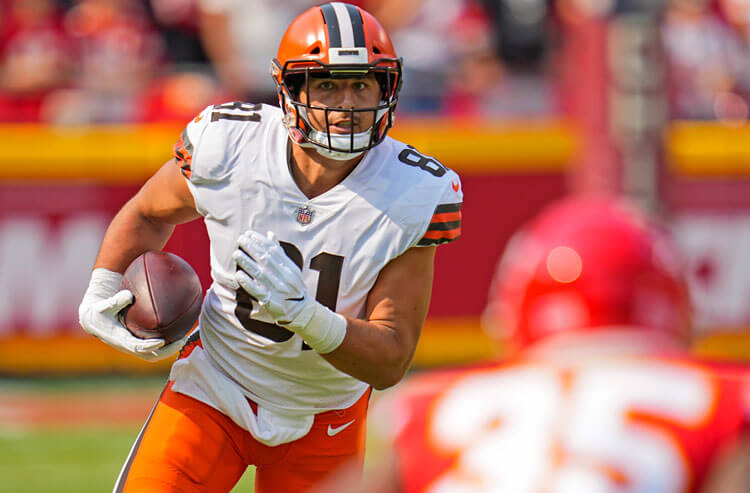 Browns vs Ravens Sunday Night Football Picks and Predictions: Cleveland Gets Their Legs Back
Provided by