Seattle's season has quickly entered freefall, with issues arising both on and off the field. A road win in a Monday Night Football primetime spot might be too much to ask at this juncture of the season, as our Seahawks vs. Washington picks explain. 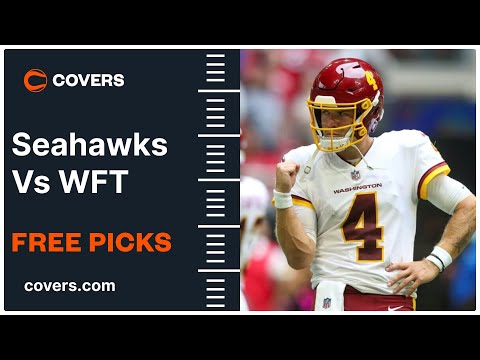 The Seattle Seahawks head to the nation's capital to face off against the Washington Football Team on Monday Night Football in Week 12.

NFL betting lines have jumped the fence for this contest with the slumping Seahawks opening as 2.5-point road favorites before flipping towards WFT at -1.5 and settling in as a pick'em on Friday. Here are our best free Seahawks vs. Washington NFL picks and predictions for Monday, November 29.

This line has seen plenty of movement after hitting the board with the Seahawks installed as 2.5-point favorites and the total at 46. The line originally shifted towards WFT at -1.5 but As of Sunday afternoon, the game is now a pick'em while the Over/Under has ticked up to 46.5.

The Under is 8-0 in the Seahawks' last eight games while going 4-1 in Washington's previous five contests. Find more NFL betting trends for Seahawks vs. Washington.

Seahawks vs Washington picks and predictions

The Seahawks are in a free-fall after losing five of their last six games, with their lone victory during that span coming against the lowly Jaguars in Week 8. The Seahawks were expected to get back on track after eight-time Pro Bowl quarterback Russell Wilson returned to the lineup after their bye in Week 10. However, Seattle's offense has continued to look terrible, getting shut out by the Packers before losing 23-13 to the Cardinals last week.

It's fair to question whether or not Wilson is still affected by the finger surgery he had in October since he's completed just 51.5 percent of his passes since returning to action. Perhaps more worrying for Seattle's long-term outlook are rumors of a developing rift between Wilson, coach Pete Carroll and the rest of the team

Meanwhile, Washington has somehow survived their own internal turmoil and their continued lack of a team nickname. After losing four straight games in October (going 0-4 ATS during that span), the team that shall not be named has won back-to-back contests, upsetting the Bucs as 10-point pups in Week 10 before defeating the Panthers 27-21 last week. Washington has shown improvement on both sides of the ball, with their defense limiting Tampa Bay's high-octane attack to 273 yards, while Taylor Heinicke is giving them some of the most consistent QB play they've had in years.

The Seahawks have had one of the league's worst defenses for a few years but Wilson and their offense have usually made them competitive. This season they are allowing the second-most yards per game in the NFL (401.8) but their stale play-calling and inability to convert on third downs are preventing their offense from playing catch-up. We're leaning towards the home side with the momentum.

Washington entered this season with high expectations on defense but was getting torched through the air through the first half of the season. WFT appears to have turned the corner in recent weeks, however, especially on third down.

Before Week 10, they were dead-last in the league in third-down conversion rate on defense, allowing opponents to convert on 56.5 percent of third downs. But in the last two weeks, they held Tampa Bay and Carolina to just six of 19 on third down.

This could be a get-right spot for Wilson and the Seahawks passing game against a vulnerable WFT secondary, but until we see some progression from Wilson, it's hard to trust him. His accuracy and arm strength have looked way off since rushing back from surgery and he's rarely been able to connect downfield with playmaking wideout D.K. Metcalf. With their offense struggling to pick up big plays, the Seahawks have now cashed the Under in eight straight contests.

Washington has looked solid on offense in recent weeks and they've been controlling the clock with their running game, carrying the ball 40 times against Carolina and 34 times versus Tampa Bay. Expect a similar game-plan on Monday night and back the Under.

While we are riding with Washington and the Under with our side and total bets but it's tough to have too much confidence in either pick. While the last few weeks for both teams clearly point in that direction, the long-term sample size does not. Wilson at anywhere near 100 percent would absolutely skewer those predictions so let's look elsewhere for our best bet, such as a player prop on the other side of the ball.

Running back J.D. McKissic began his NFL career with the Seahawks but has found a new home in the nation's capital. The running back had 80 catches for 589 receiving yards with Washington last year and is second on the team with 38 receptions for 371 yards this season.

McKissic had just one catch for four yards against Carolina last week but that snapped a four-game streak of at least four receptions and 34 yards through the air. The Seahawks allow an NFL-worst 72.6 receiving yards per game to opposing backs and they rank 31st in the league in passing DVOA against the position. Expect McKissic to get plenty of looks out of the backfield in this one and take the Over 26.5 on his receiving yards total. 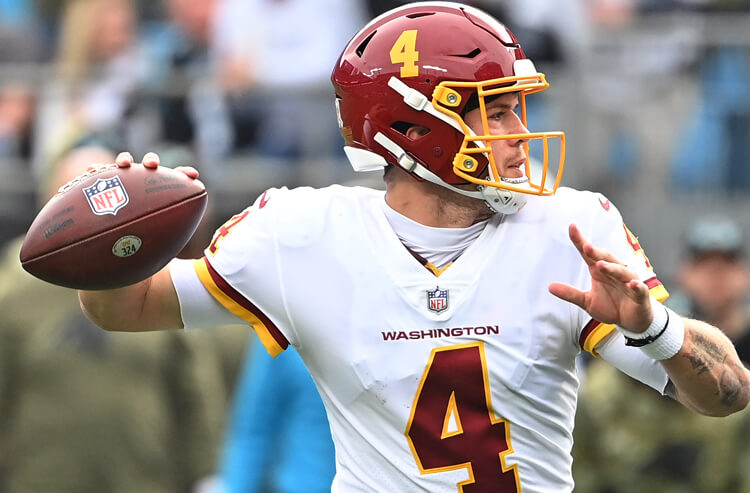 Indianapolis Colts Odds, Predictions, and Betting Preview 2022: As Luck Would Have It
Jason Logan | Aug 16, 2022