The Gonzaga Bulldogs are on the cusp of an undefeated season and have crushed hefty spreads throughout the NCAA tournament, winning by an average margin of 24 points. 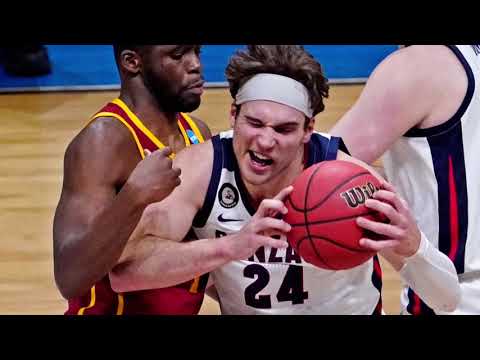 What happens when an immovable object meets an unstoppable force? The immovable object lays 14 points, that’s what. The No. 1 Gonzaga Bulldogs are big betting favorites facing the Cinderella No. 11 UCLA Bruins in the Final Four on Saturday.

Undefeated Gonzaga bullied the West Region of the NCAA Tournament, not only winning its games by an average margin of 24 points, but crushing hefty spreads along the way. UCLA, on the other hand, has shocked its way out of the First Four by winning five straight as an underdog.

Here are our free March Madness picks and predictions for UCLA vs. Gonzaga on April 3.

In the Final Four's second semifinal, all the big-dollar bets at BetMGM Nevada are on Gonzaga. But as of 5:30 p.m. ET on game day, the line is firm at -14, where it's been for all but a few minutes late Tuesday night, when it opened -13.5. One large Vegas player put $275,000 on the Bulldogs -14 earlier in the week, then came back with another $121,000 at -14 today. "Tickets favor UCLA, but the money is not even close because of that (bigger) bet," BetMGM Nevada's Scott Shelton said. The total moved from 146 to 145, then up to 146.5. "Tickets almost dead even, and actually a little more money on the Under," Shelton said. All that noted, the moneyline is arguably the most interesting element of this game. "A ton of UCLA moneyline tickets," Shelton said, noting hundreds of flier bets on the Bruins +700, compared with a couple dozen moneyline bets on Gonzaga (-1,200). "We lose six figures to UCLA winning the game outright, but that's a drop in the bucket compared with what we lose to Gonzaga on championship futures."

The Under is 15-7 in Bulldogs’ last 22 NCAA Tournament games. Find more NCAA betting trends for UCLA vs. Gonzaga.

The Bulldogs have come out swinging in the opening minutes of their past two March Madness showings, delivering backbreaking runs that set the tone for the entire game.

Gonzaga rolled Southern Cal 15-4 out of the gate in the Elite Eight, holding the Trojans to just those two baskets until the 13:37 mark of the first half. The Bulldogs out-raced Creighton 15-6 in the Sweet 16, blasting the Bluejays with those 15 points in less than four minutes of action.

UCLA has started slowly in its last two matchups, falling behind 15-9 to Michigan and 15-7 to Alabama to burn “First to 15” bettors. The price is high on the Zags in this race prop, but it’s high for a reason.

UCLA just fell short of its first-half team total of 29.5 points versus Michigan, but made bettors sweat it out thanks to a strong finish in the opening half.

The Bruins, who recorded only six points more than 10 minutes into the game, finished the half with 27 points after scoring 21 in the last eight and a half minutes before the break. Heading into the Elite Eight, UCLA was punching above its weight in those first halves, tallying first-half scores of 40, 38, 33, and 31 in its first four tournament contests.

The Zags defense gave up 30 points to USC in the first half of Tuesday’s game, allowed Creighton to post 33 in the opening 20 minutes in the Sweet 16, and budged for 34 first-half points to Oklahoma in the Round of 32. This game will be closer in the opening 20 minutes than expected - thanks to UCLA’s strong first halves - before the Zags make second-half adjustments.

Jules Bernard has been an active body on the boards for the Bruins during the tournament, pulling down 35 total rebounds in those five NCAA games (7.0 per game vs 4.6 on the season), including 11 of those boards coming on the offensive end.

The Bulldogs boast one of the best rebounding teams in the nation (55.9% rebound rate – 10th) and have crushed foes on the glass during March Madness, outrebounding opponents 155-108 and giving up a mere 30 total offensive boards during the Big Dance.

Gonzaga was especially greedy on the glass versus USC, one of the biggest and best rebounding programs in the country. They checked the Trojans to 24-of-62 shooting and outworked Southern Cal 41-29 on the boards, allowing only eight offensive rebounds.

With offensive boards hard to come by, the 6-foot-6 Bernard will have trouble topping his rebound total in the Final Four.

You couldn’t find a greater contrast in paths to the Final Four than Gonzaga versus UCLA.

The Bulldogs have lived up to expectations and then some, covering in all four tournament matchups as the top seed in the West and rarely showing weakness en route to a spot in the national semifinal.

Then we have the upstart Bruins, March Madness odds underdogs who have twice needed overtime to advance and pushed through to the Final Four on the hot hand of Johnny Juzang, who scored 28 of the Bruins’ 51 points in the victory over Michigan.

Juzang could be the NCAA Tournament’s most locked-in player, averaging 21.25 points on 48.5 percent shooting overall for the Big Dance, but basic metrics don’t tell the true story. Juzang has not only hit shots, but clutch shots and incredibly difficult shots, putting the UCLA offense on his back at times during this tournament run.

The Bruins’ energy on defense has been the anchor of their NCAA run and they did a solid job slowing down Alabama’s up-tempo style in the Sweet 16, weighing down the Tide to just 65 points in regulation. However, Gonzaga’s feverish pace (sixth in adjusted tempo at KenPom.com) is a much more efficient attack with multiple ways to get buckets – not just reliant on points off turnovers or 3-pointers or post play, as UCLA’s past foes have been.

The Zags’ run to the Final Four and continuous success against the spread makes sense. UCLA’s does not. The Bruins will snap back to reality against this all-time great team.

Mick Cronin’s defense is the backbone of this Cinderella run from the Bruins – well that and opponents missing free throws. UCLA has been very active on that end of the floor, swarming bigger foes inside and also pressuring opponents out of their standard offensive sets.

Michigan’s efficient offense had to work hard for quality looks in the Elite Eight and recorded only 12 assists while going 20 for 51 from the field. Against Alabama, the Bruins got their heels above the 3-point line and left the Tide to go only 7 for 28 from distance while also sticking the pace of the game in quicksand.

If not for the overtime period versus Alabama, UCLA would have played Under in its last four games heading into the Final Four. Gonzaga is also turning out profits for Under backers, staying below the number in three of its four NCAA Tournament outings.

The Zags’ defense has been just as dominating as its offense during the tournament, checking rivals to 39.84 percent shooting overall (100 for 251) including an ice-cold 21 for 75 from beyond the arc (28%). And with all of those games coming in blowout fashion, we really haven’t seen Mark Few’s team clamp down in the second half, instead opting to play the bench and take their foot off the gas in the final 10 minutes.

This 145.5-point total is just the ninth Over/Under of 153.5 points or less the Bulldogs have been tabbed with this season, with Gonzaga going 2-6 O/U in those games with shorter totals. 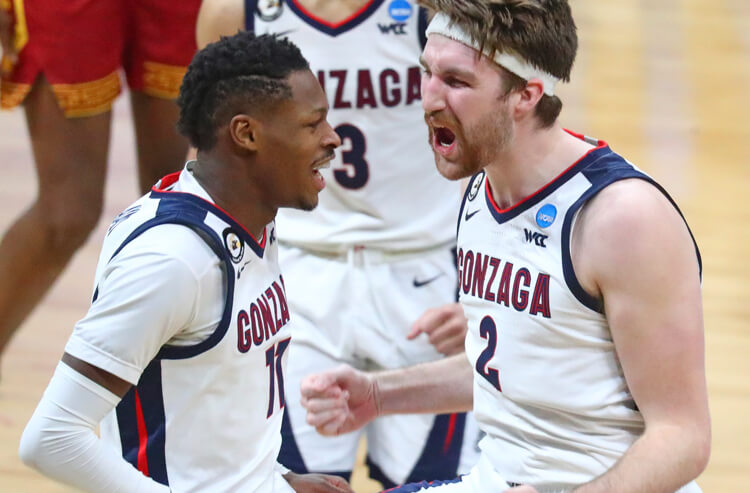