The 68-team field for the 2021 NCAA men's basketball tournament has been finalized. You don’t need a degree in bracketology to cash in on March Madness. We’ve rounded up the best free bracket challenges to enter, including our very own college basketball contests.

Let’s face it, a bracket contest entry can go south very quickly if a team you pick to go far gets upset on the first weekend. But with a free betting contest, one game is just one game. Here are a handful of free contests from our team:

The March Mayhem Forum Contest is 10x more engaging than your typical free March Madness bracket contest. Go up against our sports betting community to see if you have the best handicapping skills on Covers. This contest has two phases with two different styles. Phase one is elimination-based and will put your skills to the test by attempting to get through each round of March Madness unscathed. The second phase is points-based and will rely on how good you are at betting on games down to the wire.

Try our free King of Covers College Basketball playoffs contest, with more than $3,500 in cash and prizes. Make against the spread (ATS) or Over/Under picks while wagering between 100 - 500 units on each game. Move up the leaderboard to win cash and prizes.

Another free contest worth playing is Streak Survivor. Simply put together a streak of correct bets to win — including the top prize of $100,000.

No disrespect to the Rose Bowl, but BetMGM’s $2 Million Bracket contest could be the granddaddy of them all. Make your picks prior to the tipoff of the first game on March 19, then submit your finalized bracket for the chance to walk away win the $2 million grand prize.

Picking a perfect bracket and hitting on all your picks is a tricky proposition. To soften the blow of a busted-bracket, BetMGM will still guarantee a $100,000 prize to the top contestant.

The March Mania Survivor Pool from DraftKings is free to enter and comes with a prize pool of $1 million. The contest starts on Friday, March 19 but you can register today.

You’ll pick one team each day during the tournament to win -- except for the Elite 8, where you pick one team across the four Monday and Tuesday games -- and if your pick wins, you advance.

The rules are fairly straightforward and mirror those of a typical NFL survivor pool. You can only pick one team once per entry and if you are unable to make a selection at any point in the contest, your entry is eliminated.

2019 marked Yahoo Sports’ first-ever Best Bracket Millionaire contest. In the end, Mark Watts came away with $1 million after missing out on just seven selections. He even nailed the Final Four, title game, and the champion Virginia.

This year, the Yahoo Fantasy $50K Tourney Pick’Em is the only available contest to enter. While less lucrative, there will be 10,000 winners of this year’s first-place bracket who will receive $5,000 and an MGM Resort Vegas Getaway.

The ESPN Tournament Challenge contest bracket will be available on Sunday, March 14 at 8 p.m. ET, but you can get started today by creating an official entry form. Here’s how it works:

Choose the teams you think will win each game from the first round through the national championship game. You'll earn points for each correct pick and they increase during each round of the tournament.

Score the most points and you'll have a chance to win the grand prize: a trip for two to Hawaii for the 2021 Maui Jim Maui Invitational and a $10,000 Amazon.com gift card.

Additionally, test your skills by picking all the tournament games via the ESPN Streak game. Players compete for $5,000 in guaranteed prizes each month.

With CBS Sports Bracket Games, you can create your own pool to compete against friends or fill out your own bracket for a chance to win prizes. Users can create their own bracket by hand-picking all match-up options or use either or both of the Nissan auto-fill options supplied.

Speaking of prizes, the big winner takes home the following: a 2021 Nissan Rogue, four tickets to the Final Four games, and US$6,000 cash toward luxury hotel accommodations, airline tickets.

If the prospect of winning up to $250,000 sounds appealing to you, then it’s time to sign-up for a free FanDuel account. The 2019 winner who scored the highest number of points walked away with a cool $100,000 in the site’s March Madness bracket competition. Stay tuned for details on the 2021 FanDuel contest.

Follow the action on Covers to gain insight into which teams are poised to make a tourney run and find out who could play the role of Cinderella in 2021. In the end, most contest entries are built on picking a handful of favorites, gut feelings, and sheer luck. Keep these factors in mind:

What is a March Madness bracket contest?

Sportsbooks and several sports media companies offer lucrative winnings for contest entries. Most prizes are awarded to the owner of the bracket who made the most correct selections.

What are the best March Madness bracket contests?

The best free bracket challenges to enter include those from FanDuel, DraftKings, Yahoo and two from Covers.

How much money can I win from entering March Madness bracket contests?

What is the legal age for entering a March Madness bracket contest?

Residents of legal betting age in Canada and the United States can enter these contests. Make sure to read the terms and conditions before completing any entry forms. 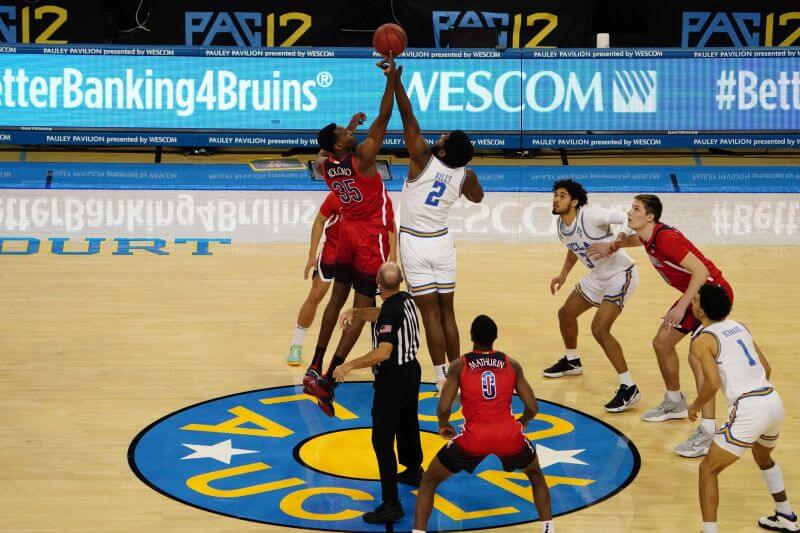