Add some fun to your NCAA Tournament betting with March Madness props. Get odds and learn about types of props, tips, advice, and more!

Basketball bettors can add a little extra mayhem to the NCAA Tournament with March Madness props.

While prop bets for March Madness aren’t the biggest draw in action, these markets are gaining popularity at sportsbooks and add a fun wrinkle to your NCAA Tournament wagers. So, while you’re breaking down the Big Dance, don’t ignore the growing list of March Madness prop bets in 2022.

Prop odds for March Madness will begin hitting the board once the bracket is set following Selection Sunday on March 13 and the days leading up to the first games. Check back for updated prop odd throughout the NCAA Tournament.

March Madness seed props focus on the success of a particular group of tournament seeds.

First No. 1 seed to lose

March Madness tournament props focus on events or happenings during the NCAA Tournament. These props can be based on certain teams, regions, seeds, or conferences and most often are graded upon the conclusion of the National Championship Game.

What will the sum of the Final Four seed numbers be?

Which bracket region will win the National Championship?

Which conference will win the National Championship?

March Madness round props are graded on results from the individual segments of the NCAA Tournament, such as the opening Round of 64, Round of 32, or the Sweet 16. These round props are usually focused on the success of a certain group of teams in those respective rounds. Here are some round props bettors might see in 2022:

How many No. 1 seeds will reach the Final Four?

When will teams be eliminated

The March Madness MVP (also known as the tournament's most outstanding player) is a fun market that can provide value, providing you have a good take on which team will win the national title. After all, the MVP has come from the tournament winner every year since 1983.

Prop bets – also known as proposition bets – aren’t the first thing that comes to mind when talking about March Madness odds, however, there are more and more of these fun alternative markets each year.

March Madness props focus on individual team or player performances as well as particular events or happenings during a game, round, or the entire tournament. Some prop bets can unfold in a matter of minutes while others are graded on the Final Four and National Championship results.

Where can I bet on March Madness props?

March Madness prop bets can vary in terms of focus and scope. Some props are longer-running markets, graded after a certain round, or at the end of the NCAA Tournament. Other props for March Madness are game-based and limited to a particular matchup.

For betting on tournament or round props, you’ll want to build out your March Madness bracket and lay your path to the Final Four. Weigh each matchup and then base those prop bets on how you see the Big Dance playing out.

Singling out a Cinderella team that could provide an upset or two is vital to getting value from the March Madness props. Finding a live lower seed or an unknown mid-major giant killer can score some big plus-money prop payouts.

Make sure your March Madness prop picks are in line with your single-game wagers. You don’t want to play the Over on the number of ACC schools making it out the Round of 64 then fade Florida State to cover as a favorite in the first round.

When it comes to game props, such as team and player prop bets, set a narrative for how you see the matchup playing out. If you think a talented big man will have his way with a smaller opponent, then look to the Over on props for points and rebounds. If you like a small-conference Cinderella to shoot their way to an upset win, look to back up that opinion with an Over wager on the team’s total number of 3-point buckets made.

The excitement of March Madness can get the best of basketball bettors, so have a money management system in place. If you plan on playing some NCAA Tournament props, designate a certain amount of your bankroll to just those types of wagers. This will not only help you be more selective about your prop bets but also narrow down which types of bets you are winning and losing throughout the Big Dance.

March Madness props get released after Selection Sunday when the NCAA Tournament field is set.

Depending on the focus, March Madness props could pay out in a matter of minutes, after each round, or at the end of the NCAA Tournament.

You can bet on a number of March Madness props, from tournament and round-by-round props to team and player props for individual games. 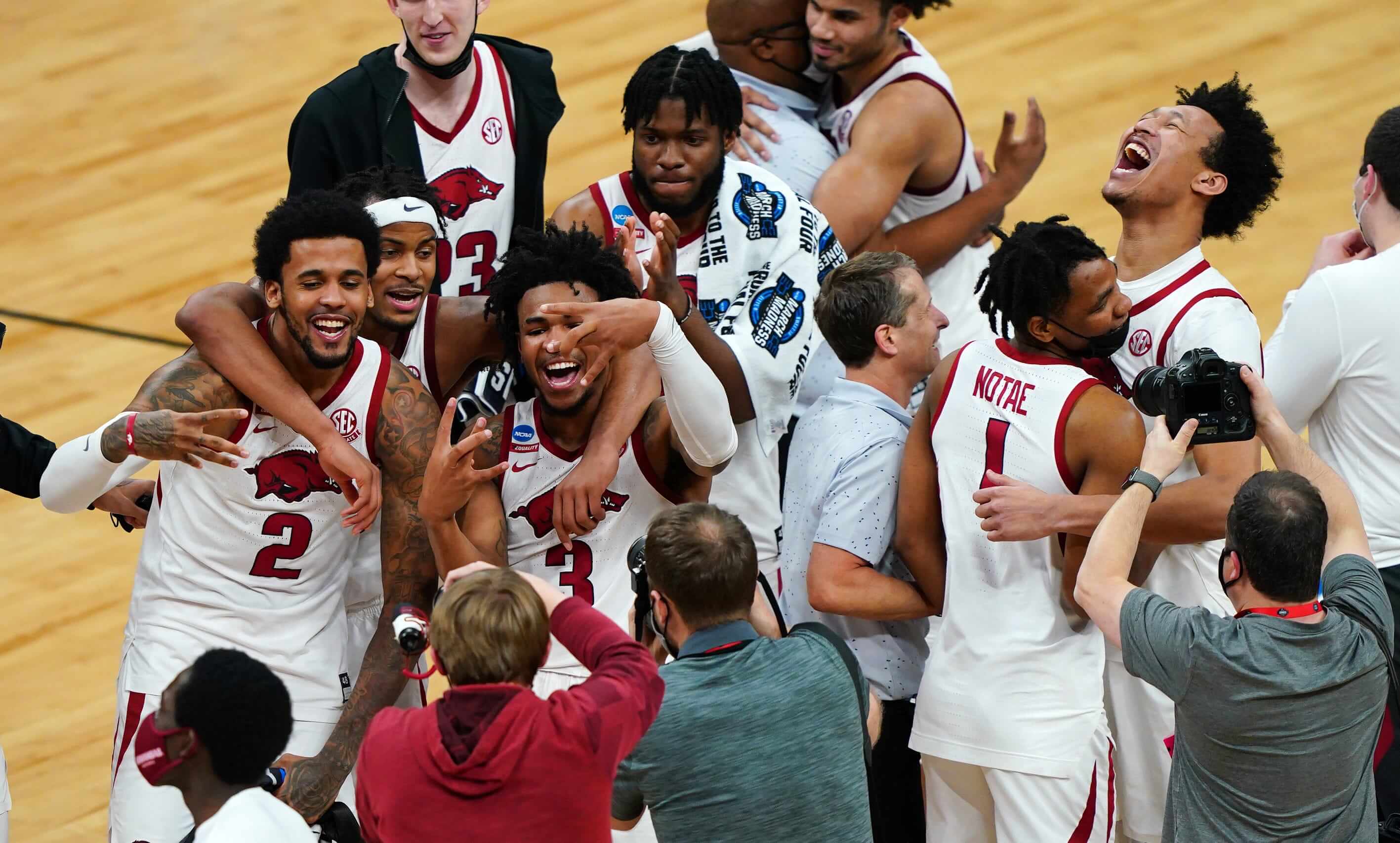 March Madness Tournament Props Hit the Board
Provided by