By now, you've learned the basics of how to bet on March Madness and it's time to dig a little deeper.

Here, we're going to take a look at how momentum, strength of schedule, and travel can impact a team during March Madness. Looking at a team's current form as well as the quality of opponents it has played can help you gain an edge when filling out your bracket or when handicapping individual games.

Of course, travel is usually an issue but with all teams staying in Indiana for the entirety of the 2021 tournament, it shouldn't be much of a factor this year.

If you’re filling out your office pool bracket or handicapping the Round of 64 matchups, the first thing you need to consider before looking at anything is current form. Ask any oddsmaker and they’ll tell you that how a team is playing right now makes up the majority of a spread.

Teams that finished the season strong could have finally figured out their rotation or fixed issues that plagued their games all year. And some coaches, like North Carolina’s Roy Williams or Michigan State’s Tom Izzo, are all about getting their teams to peak at the right time – just before the postseason – so any losses taken earlier in the year should be weighed a little lighter.

Conference tournaments also offer bettors a chance to cash in on red-hot runs. A perfect example was the 2011 UConn Huskies program that played its way into the NCAA tournament with an improbable run to the Big East title, building steam for a Cinderella run to the Final Four and a national title. Sometimes the light switch just gets clicked at the right time. Or look at Villanova last season — the Wildcats suffered three losses in conference play before winning the Big East title and then steamrolling everyone in their way during the NCAA tournament. And Michigan had lost four conference games before reeling off nine straight wins en route to the Big Ten title and then won five more games at the Big Dance before losing in the title game.

On the other hand, teams that stumbled into the postseason – be it the conference tournament or into the NCAA after taking a bad loss in the league postseason – should be viewed with caution. Bettors need to dissect those defeats and see what was behind those losses. Oftentimes, an off-night for a superstar or key injury could have played into those games, putting the team in a spot it’s not normally in. Or maybe those losses came by close margins on the road in tough venues.

Sometimes, however, a team simply runs out of gas at the end of a long schedule and doesn’t have enough in the tank to push through the postseason. Looking into things like shooting percentage and turnovers per game in those home stretches can be telltale signs of a tired team.

One of the favorite measuring sticks for the NCAA selection committee is strength of schedule.

For mid-major programs serious about making the tournament cut, who won’t get much attention once league play starts, lining up a solid tune-up slate is key. Finding out which teams have that giant killer potential is a great way to avoid being burned by a Cinderella run and finding hidden value in the tournament spreads.

In the 2014 NCAA tournament, No. 12 North Dakota State out of the Summit League stunned No. 5 Oklahoma in the Round of 64. That would seem like a sizable upset, except for the fact NDSU was just a 3.5-point underdog because bookmakers knew the Bison’s wouldn’t back down from OU. North Dakota State boasted the 15th toughest non-conference schedule in the country, taking on teams like St. Mary’s, Notre Dame, and Ohio State before the New Year.

But battling a slew of challenges to start the season isn’t reserved to teams from small leagues. Major conference programs trying to separate from the pack have been going through a gauntlet of tough non-conference foes to prepare for the rigors of league play.

It’s no surprise to see elite programs like Kansas, North Carolina, Kentucky, and Gonzaga take on all challengers early in the calendar. And especially in major conferences suffering through down years, getting a read on how a team performs against programs outside of its usual schedule is key for capping later round matchups.

In that same vein, bettors and bracketeers should know which conferences were the most competitive and which ones lacked true depth. This can go for mid-majors and the big boy leagues as well. A one-loss conference record for a team from a shallow talent pool may not hold up against a team that went 10-6 in league action but played tough opponents night in and night out.

Depending on where they seed in the NCAA pecking order, and the selection committee’s dedication to competitive balance among their bracket principles, teams can either find themselves just miles from campus or on the other side of the country for the first two games of the tournament.

Factoring in any home-court edge is a great way to milk the most out of point spreads and can be a solid decider if you’re on the fence about who to advance in your bracket pool.

Last year, teams like North Carolina (played in Greenville) and Purdue (played in Milwaukee) enjoyed short trips and friendly crowds in their opening games while schools like Rhode Island (played in Sacramento) and VCU (played in Salt Lake City) were forced to hop long plane rides on short notice to play in a faraway venue – both failing to make it out of the weekend.

Getting a grip on which teams can play on the road is also an important task when making your next move. Some programs thrive on a serious home-court edge but flounder away from home. The Texas Tech Red Raiders were a tough team to beat at home (17-1 SU) but look like a different team when they hit the highway (4-6 SU).

Going over home/away splits, accounting for wins/losses, ATS road records, shooting percentage, and points allowed should give you an idea of which teams are road tested and which ones will be homesick during the NCAA Tournament. 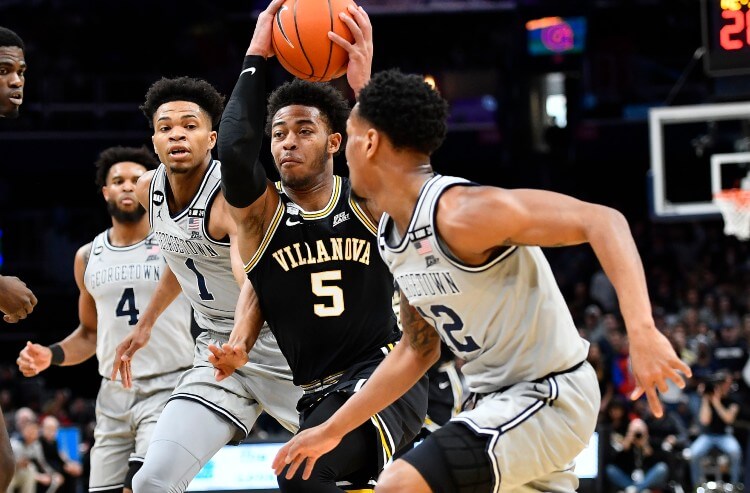