The New York State Gaming Commission reported a weekly mobile betting handle of nearly $334.5 million for the week ended April 24, an increase of more than $20 million from the week before.

The Brooklyn Nets getting swept was a downer, but at least mobile sports betting in New York saw another weekly increase in handle.

The handle was up more than $20 million from the previous week’s $313.2 million, while the gross gaming revenue (GGR) rose $3 million week-over-week to $36.5 million.

The hold for the week was 10.9% — marking two straight weeks of 10% returns or better for sportsbooks, which has also converted into back-to-back weekly GGR of more than $30 million.

A look at the big four operators

The top dogs for legal sports betting in New York continue to be well-fed with wagers as the combo of FanDuel, Caesars, DraftKings, and BetMGM once again took in more than 90% of the total handle for the week.

FanDuel continued to lead the way, bringing in its highest handle in five weeks at $145.3 million. Its GGR remained strong as well, topping $20 million ($21.2 million) for the second straight week.

DraftKings’ handle-haul was close to $78.2 million, similar to where it has been for the last five weeks. However, its GGR climbed to nearly $7.2 million — the highest it’s been in six weeks.

Caesars and BetMGM comprised the latter portion of the top four, with around $54.2 million and $32.5 million, respectively, in wagers. BetMGM saw its highest GGR since the week ended January 23, with $2.4 million, while Caesars took in $3.9 million.

Mobile wagering showing no signs of a slowdown

Although New York doesn’t have any representation left in the NBA playoffs, it’s doubtful to slow down the mobile sports betting action on hoops — and with the NHL playoffs about to begin, the state will have the New York Rangers to back, who have a legitimate shot at making a Stanley Cup run.

As the wait continues for Bally Bet, the eight active mobile sportsbooks in NY have now brought in almost $6 billion in total handle — over $400 million in GGR — and $200+ million in tax dollars since mobile betting's legal start on January 8. 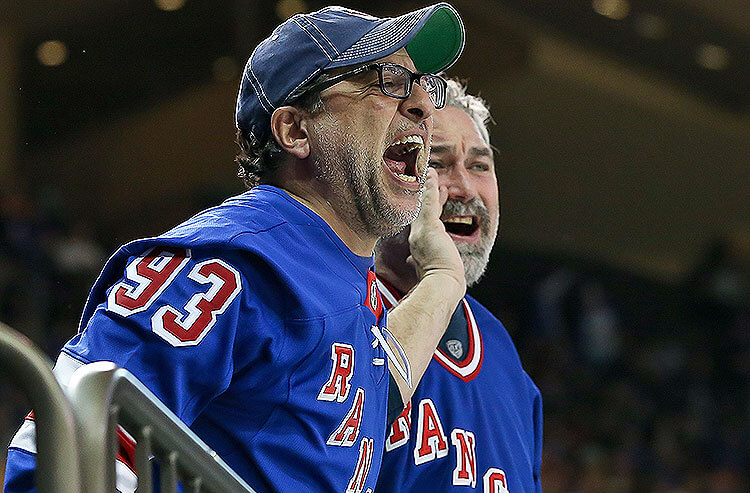