The Tampa Bay Buccaneers are underdogs versus the Kansas City Chiefs in Super Bowl LV, despite playing inside their home stadium on February 7.

The Kansas City Chiefs take on the Tampa Bay Buccaneers in Super Bowl LV at Raymond James Stadium on February 7—a default home game for the Bucs, who opened as Big Game underdogs.

But no matter the matchup, from preseason to regular season to Super Bowl, the sharpest NFL betting strategy is always to get the best of the number. We look at the opening spread and total and early line movements, giving you our best betting tips of the wagers to make now and the ones to make later.

Never has a team played a Super Bowl on their own turf and despite that fact, the Buccaneers are giving a field goal to the “visiting” Chiefs in Super Bowl LV.

Offshore operators posted odds on the potential Super Bowl matchup at halftime of the AFC Championship Game, actually dealing K.C. as low as -2.5 before a quick move to Kansas City -3. The vig shifted dramatically over the final two quarters of the Chiefs’ beatdown of the Buffalo Bills and the recency bias (people are going to react to what they saw last) pushed it even further, with some shops dealing Kansas City -3.5 (-105)/Tampa Bay +3.5 (-115) and others maxing the vig on Chiefs -3 (-125) to cling to the key number.

If you're on the home underdog Bucs, don’t buy it at a field goal: wait it out and get that half-point hook. In discussions with oddsmakers following Tampa Bay’s win over the Green Bay Packers in the NFC Championship, Covers’ writer Patrick Everson was told home field in the Super Bowl could be worth between 0.5 and 1.5 points to the spread. The Bucs could do for some home cooking, after winning three straight playoff road games to get Tom Brady back to the Big Game.

The current Super Bowl LV total is sitting at 57.5 points—tied with Super Bowl LI for the highest Over/Under in Big Game history. That infamous game (which also featured Brady) needed overtime to get Over the number. This one probably won’t need any help and could sniff 60 points by the time Super Sunday rolls around.

Given that Tampa Bay has posted scores of 31, 30, and 31 points in those road postseason stops, bettors should feel pretty good about the Bucs sharing the scoring load in Super Bowl LV, especially since Kansas City looks like the weakest defense Tampa has faced so far in the tournament.

The Chiefs finally snapped out of their offensive slumber versus Buffalo, dropping 38 points on the Bills with a relentless big-play attack. Kansas City had been scuffing its feet on offense for more than a month but put up its second-highest point total of the season in the AFC title game—and looked just as dangerous as it did at its 2020 peak.

These teams clashed in Week 12, with Kansas City winning 27-24 (as 3.5-point road chalk) and playing Under the 56-point total. However, Brady and Bucs were mired in an offensive slump at the time and neither team was great in the red zone. There are plenty more points to be squeezed from the Chiefs and Buccaneers in Super Bowl LV. If you’re leaning Over, bet that bad boy now before it breaks the all-time Over/Under record.

Where Can I Get the Best Super Bowl LV Odds? 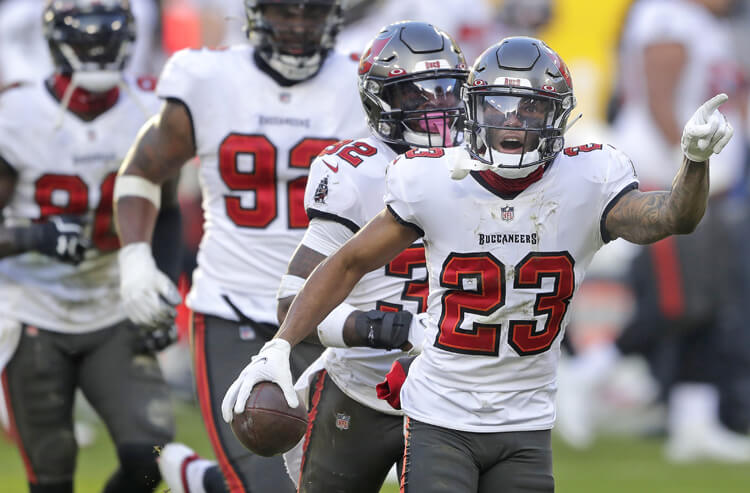