Don’t Fall for These Mistakes When Betting the Super Bowl

Of course you are. It’s the Super Bowl. What a stupid question.

But massive matchups like the Super Bowl breed stupidity, especially when it comes to sports bettors. It doesn’t matter if you’re a first-time gambler, learning how to bet on the Super Bowl, or a seasoned sharp: Super Sunday can make even the most disciplined bettor lose their god damn mind.

There are two weeks before Super Bowl LV in Tampa, Florida on February 7. That’s more than enough time to completely tank your Super Bowl bets. It’s also plenty of time to heed these warnings.

If you’ve been paying attention to the early line moves for Super Bowl LV, you’ve seen the Chiefs go from -3 to -3.5, after blasting the Buffalo Bills in the AFC title game.

If you’re a K.C. backer and your bookie has already moved off the key number of a field goal, you may have missed your chance. Maybe you jumped the gun on the Buccaneers and took the +3 and watched an extra half-point pass you by.

First off, let it go. You can always bet the game more than once if a better number shows up or just swallow the vig on the alternate spreads. Second, breathe. Third, realize that there are two weeks of wagering to be had on this game and that 95 percent of the money doesn’t come in until the 48 hours before kickoff. That means movement is coming. Fourth, get an opinion and plan of attack. Know what you realistically want for a line and how much you want to pay for it.

If it's available at your book, Chiefs fans may want to grab the -3 on your beloved team now. Some books took early money on Kansas City and have tacked on a half-point hook to the Super Bowl LV spread. Bucs backers, you may want to wait out that movement and make sure you get the +3.5 at a solid price.

There has been some very aggressive line movement in recent Super Bowls. So hold tight, you might get what you want. That said, don’t let a solid number pass you by.

Waiting out a line move (I think that's a Bob Seger song...) that may never come could have you scrambling on Super Sunday and playing an over-juiced number or grabbing a spread you’re not crazy about.

The best plan of attack for wagering on Super Bowl props is to start with the spread and total, and then work backward. Figure out how the game will play out. If you have Tampa Bay to cover, then who and what will get it there.

If you like the Under, make sure your prop plays coincide with those wagers. That means taking the Under in passing props, leaning toward the Over in rushing props and having a few more “No” than “Yes” bets.

The worst thing you can do is have props that go against each other in the Super Bowl.

If you think Patrick Mahomes lights the Buccaneers up for massive gains, then don’t load up on the Over in the Chiefs’ rushing yard props.

Believe Tampa's defense will disrupt the K.C. passing game and force the Chiefs to run the ball? You may want to shy away from receiver Over picks on total reception props and instead think Over for how many carries the running backs will have.

One of the worst rookie mistakes a new bettor can muff is not paying attention to the juice attached to each wager. And especially come Super Bowl time, when you’re not just limited to a side and total, bettors can easily overpay for props and alternative wagers.

Certain props can hold a hefty price tag, either set that way to draw action or adjusted after the betting market has had its say. Professional handicappers are always wary of high-priced moneyline favorites in any sport, setting a limit to just how much they’ll put down. Some bettors won’t pay more than -200 for a bet and it may be a rule you integrate into your Super Bowl capping.

On top of some extremely juiced prop prices, books limit the amount you can wager on these alternative bets. So, throwing down $20 on a -190 prop bet is only going to net you like $10.53 in profit. And playing vig-heavy props can turn a winning record into a loss. Nothing stings like going 5-3 on your bets and still ending up in the red.

In a game as big as the Super Bowl, bettors can panic if things aren’t going according to plan by the time they start setting up the halftime show stage. That can often lead to people chasing their first-half prop losses and going against what they so intensely handicapped for the past two weeks.

Halftime lines hold value, as do in-game live betting odds, if you have a strong opinion. Many times, when a game didn’t play to the oddsmakers’ expectations in the first two quarters – such as a high total had a low-scoring first half or a favorite underperformed – things will correct themselves in the second half.

But, when faced with the shame of a Super Bowl loss, some bettors will go against their existing bets just to have some black ink on the board. If they took the Over, and the halftime score is 10-7, they pull the trigger on the second-half Under. If they laid the favorite, and the chalk is getting beat up through two frames, then side with the underdog.

As mentioned, these abnormalities often even out and bettors can quickly wipe out a winning bet – that was perfectly handicapped – with a horrific halftime wager or live bet placed in sheer panic.

Trust your instincts when it comes to the Super Bowl line. If you’ve watched the NFL intensely each week since the preseason and haven’t missed a minute of playoff action, you already have a firm grip on the two Super Bowl teams and how things should shake down.

If your knee-jerk reaction was “Chiefs -3 is easy money,” then it probably is. But for the next two weeks, the media is going to break down this game and put it back together 100 times over. You will second guess your wager probably just as much. The deluge in new-found sports betting experts on social media and TV doesn't help either.

Like a promoter hyping up a title fight, the Super Bowl will be sold as the matchup of all matchups. Both sides will present excellent reasons why they’ll win. The public consensus will flip-flop like fish. Sharps will be on the Chiefs one day and the Buccaneers the next. Stat heads will throw trends and numbers at you that go all the way to the invention of the forward pass.

And in the end, what was supposed to be a tightly-contested game with a field-goal spread is a 22-0 wash at halftime. So much for all the media hype.

Stick to your guns. First instincts are usually the right ones. Don’t over-soak your brain in two weeks’ worth of media mush. Pick and choose who you listen to or get your bets down and tune out the Big Game buzz until kickoff like avoiding MCU spoilers.

You Killed the Fun

If you’re a fan of the Chiefs or Bucs—you’ve earned the right to be a little uptight for this game. I would be if my team was playing in the Super Bowl. But for the rest of us losers, who are left to just bet on the Big Game, don’t ruin what is the final football game that matters until September.

Some guys think “Big Game” equals big bets. If you’ve been stashing your nickels away for a big-ass betting bonanza on Super Bowl Sunday, then have at it—but only if it’s within your means. Nothing takes the fun out of watching the Super Bowl like wondering how you’ll pay the rent after a disastrous interception in the end zone.

And if you’re watching the game with friends or even in a sports bar around strangers (if those still exist in COVID-land), keep your rage in check. There’s no need to start dropping f-bombs and getting your Andy Reid Underoos in a bunch because you didn’t nail that coin flip bet.

Sports betting is entertainment. And there’s no bigger show than the Super Bowl. Enjoy the game, win or lose.

In case you forgot already, here's a quick recap of the Super Bowl betting blunders to avoid:

Where Can I Get the Best Super Bowl LV Odds? 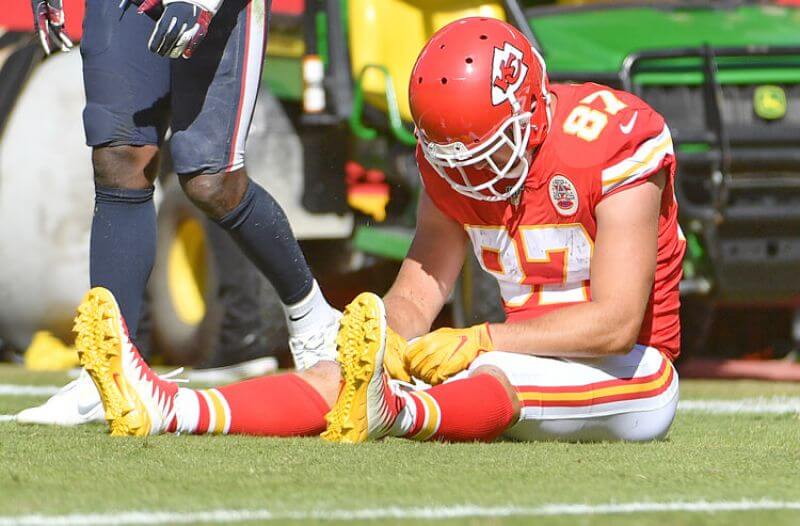