Tampa Bay begins its title defense on Thursday Night Football against a Dallas team that has Dak Prescott back. We like the Bucs to cover as 7.5-point faves, but can the teams reach the lofty 52 O/U total? Find out in our Cowboys vs. Buccaneers picks.

Tom Brady and the Bucs are ready to run it back after returning all 22 starters from last season while the Cowboys will try to rebound from a down year with a healthy Dak Prescott back at the helm.

NFL betting lines have the Bucs as 7.5-point chalk for Week 1 with the O/U at 52. Here are our best free Cowboys vs. Buccaneers picks and predictions for September 9.

This line opened with the Bucs as 6.5-point favorites but quickly moved to -7.5 which is where it sits as of 4:00 p.m. ET on September 6. The Over/Under has held steady at 52. Be sure to check out the full NFL odds before placing your bets, and also view the full line movement for this game.

Cowboys are 2-8 ATS in their last 10 games on the road. Find more NFL betting trends for Cowboys vs. Buccaneers.

Year 1 of the Brady era couldn't have gone any better for the Buccaneers as they seemingly improved every week and won the Super Bowl after dismantling the Kansas City Chiefs by a final score of 31-9. They look locked and loaded for another run after becoming just the first team in the salary cap era to keep their entire starting lineup intact for their title defense.

With Brady and a bevy of weapons at wideout, the Bucs finished last season ranked third in the league in offensive DVOA according to Football Outsiders. They were also fantastic on the defensive side of the ball where they ranked No. 5 in defensive DVOA and had the league's best defense against the run.

The Cowboys, on the other hand, began 2020 looking like one of the league's most potent offenses but the wheels completely fell off after losing Prescott to a season-ending ankle injury in Week 5. With their starting QB on the sidelines, they simply couldn't score enough to offset a brutal defense that surrendered 29.6 points per game.

Well, Dak is back, and despite missing the entire preseason due to a shoulder strain, Cowboys coach Mike McCarthy confirmed that Prescott is "full go" for Week 1. That said, it's important not to forget that the Cowboys weren't really doing that great even with Dak slinging the ball down the field. By the time Prescott ended up on the IR, the Cowboys were already 2-3 SU and just 0-5 ATS.

The Cowboys defense is simply awful and while they added Dan Quinn as defensive coordinator and spent their first six selections in the draft on that side of the ball, there might not be an early-season return on that investment. It'll take a while for the defense to adapt to Quinn's scheme, and while first-round linebacker Micah Parsons is the Defensive Rookie of the Year favorite, he doesn't do anything to shore up the Cowboys' biggest problems up front and in the secondary.

Expect the Bucs passing game to shred Dallas through the air while their stingy defense limits Ezekiel Elliott and pressures a rusty Prescott. With the Cowboys just 2-8 ATS in their last 10 games on the road and the Bucs 5-0 ATS in their last five games at Raymond James, take the champs on the spread.

The Cowboys might have done a terrible job of covering the spread with Prescott last season but they did make a bit of money for Over bettors. Dallas was 4-1 O/U in Prescott's five starts and those contests saw a whopping total of 68.6 points per game.

That said, it won't be easy for Prescott and company to find the end zone against a Bucs stop-unit that allowed just 21.6 points per game a year. The Bucs also held opponents to a league-low 82.7 rushing yards per game on just 3.8 yards per carry and by bottling up Elliott, they will force McCarthy to become more one-dimensional.

The Bucs' pass rush should also be outstanding again after ranking third in the league in quarterback pressures rate last year. The Bucs tore through the Chiefs' offensive line in the Super Bowl and the pass defense could be even better this season with more experience for a young secondary and the addition of first-round edge rusher Joe Tryon.

The total of 52 for this contest is the second-highest O/U of Week 1 and I think oddsmakers are underestimating both this Tampa Bay defense and the time it will take Prescott to acclimate back to the speed of the game. Take the Under.

With so many players returning to the Bucs, there aren't many question marks ahead of this season but one big one is who will serve as Tampa Bay's primary ball carrier. Bucs coach Bruce Arians is still insisting that Ronald Jones and Leonard Fournette will split carries.

Although Jones got the bulk of the snaps with the first team in Tampa Bay's preseason finale, it's difficult to think Fournette won't be a factor after his outstanding play in the postseason.

In four playoff games last year, Fournette rumbled for 300 yards on 64 rush attempts while Jones picked up 139 rushing yards on 35 carries. Even if Jones officially gets the start I think Fournette will cut into his carries enough to fade him on his rushing yards total — especially against an atrocious Dallas secondary that won't exactly keep the Bucs offense honest. 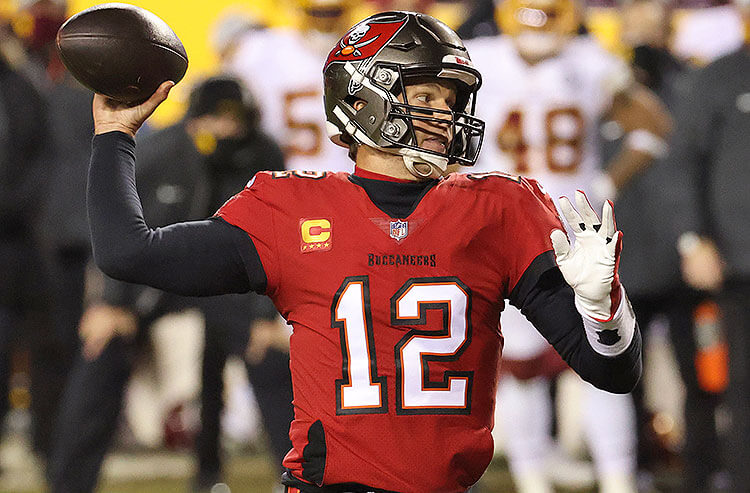