The Rams and Bears are debuting new QBs — albeit with Week 1 concerns. Matthew Stafford hasn't played an actual game yet for L.A., while we're not sure Andy Dalton is still even effective. That has us leaning on the L.A. defense as the difference on SNF. 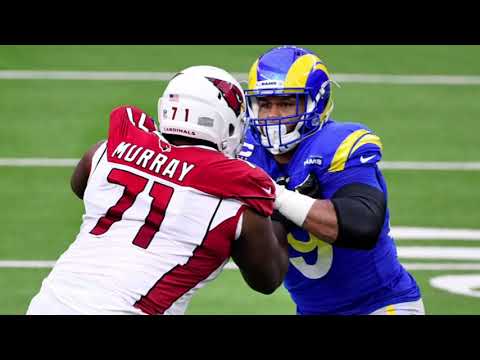 A busy Sunday comes to a close in California where the Los Angeles Rams play host to the Chicago Bears in Week 1 of the 2021 NFL season.

The NFL betting odds have the Rams installed as sizable 7.5-point favorites for Sunday Night Football, debuting new quarterback Matthew Stafford against a former NFC North foe. The Bears have a new QB as well but aren’t starting the one the fans want, passing on rookie Justin Fields and opting with veteran Andy Dalton for the opener.

Check out our free NFL picks and predictions for Bears at Rams on September 12.

Los Angeles opened as touchdown chalk back in May and that line briefly dipped to -6.5 at select books before an overall market move to -7.5 once the calendar flipped to September. The total hit the board as high as 45.5 and dipped to 44 points before spiking to 47.5 points in the week heading into kickoff. Use the live odds widget above to track any future line movement and be sure to check out the full NFL odds before placing your bets.

The Rams are 21-8-1 ATS in their last 30 games vs. NFC opponents. Find more NFL betting trends for Bears vs. Rams.

There’s plenty of motivation for the Rams in this opener beyond just starting the season on the right foot. Stafford is out to prove he’s among the league’s elite passers after escaping from Detroit and L.A. will have a rocking home crowd for the first regular-season game in (still) new SoFi Stadium with fans in the stands.

Is that enough to get the Rams past this pile of points? As long as Dalton is under center for the Bears... yep it is.

Chicago’s comical cavalcade of quarterbacks continues in 2021, with head coach Matt Nagy going with the red-haired vet rather than the exciting young Fields. This decision could potentially be protecting the rookie from the Rams’ vaunted pass rush, which collected 52 sacks while blitzing a mere 25 percent of the time, getting a massive push up front from stars like Aaron Donald.

That defense has been enough to keep L.A. among the contenders in the NFC in recent seasons, and now with Stafford at the helm of the offense — in place of Jared Goff, who took his spot in Detroit — Sean McVay’s crew is Super Bowl or bust in 2021. And the scoring attack will see a serious uptick in production, at least in the passing game.

Stafford threw for more than 4,000 yards, 26 touchdowns, and only 10 interceptions in 2020, in spite of an offensive line giving up 38 sacks and zero balance in the playbook due to a rotten run game for the Lions. While L.A. has a big hole at running back right now, the o-line and well-rounded WR corps will help Stafford thrive on the West Coast.

Los Angeles can out-gun the Bears offense and their defense will do the rest. The ship has sailed on Rams -7, leaving us with the half-point hook on the TD, but take comfort in knowing McVay is 16-8 SU and 16-7-1 ATS (69%) in conference games the past two seasons.

Chicago is trying to find its identity on both sides of the ball, with Nagy’s offense leaning on the ground game to close out 2020 and the defense lacking the same danger it had way back in 2018.

The Bears’ rushing attack is still missing a key ingredient in Tarik Cohen, who will be sidelined until at least Week 7, leaving carries to David Montgomery and Damien Williams. And for all his faults, departed QB Mitchell Trubisky could run when he needed to — a wrinkle Dalton doesn’t provide.

Los Angeles allowed the third-fewest rushing yards in 2020, ranked No. 3 in Run Defense DVOA, and was also solid in defending tight ends, which are one of the Bears’ biggest strengths. Due to L.A.’s ability to get pressure with just the front four, the linebackers are able to pick up coverage or plug the short passing lanes over the top.

As for Chicago’s defense, promoted coordinator Sean Desai is ramping up the intensity in an attempt to rekindle the chaotic style of Vic Fangio’s stop unit. The Bears had 35 sacks last year but forced just 18 takeaways. Desai knows the defense has to give the offense extra possessions if they’re going to keep pace on the scoreboard, so expect plenty of pressure being thrown in Stafford in his first game-speed run-through in this offense after sitting out the preseason.

Los Angeles has been an Under wonder at home, with 14 of its last 17 home stands staying below the total. This O/U number has been all over the place, sitting as low as 44 points before jumping as high as 47.5 at some books. We’re buying high on the Under.

Rams tight end Tyler Higbee had an up-and-down final season with Goff in 2020 but is one of those talents that should thrive alongside Stafford this year. Gerald Everett is gone, making Higbee the No. 1 TE on the depth chart and he’s already shown some standout chemistry with his new QB during camp.

Tight ends have put up big numbers on the other end of Stafford’s throws, most recently Lions TE T.J. Hockenson, who finished with six touchdown catches in 2020. And with Stafford still getting his feet wet in McVay’s playbook, he’ll rely on Higbee as a safety blanket and a fave red-zone target.

Higbee scored five touchdowns last season (three coming against Philadelphia) and has eight total TDs the past two years. He faces a Bears defense that allowed the second-most fantasy points to TEs in 2020 — including 12 touchdowns to the position. 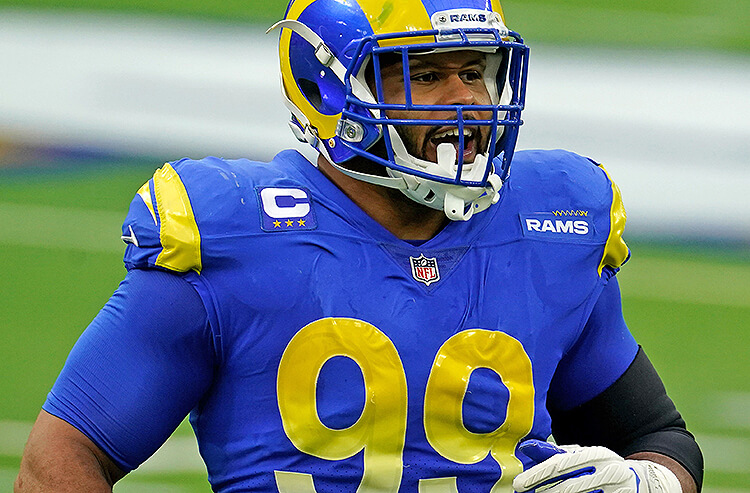