The 49ers host the Colts, who come in looking for its third win in four weeks. Jimmy G is expected to start after missing Week 5 with a calf injury. Find out how this game plays out in our Colts vs. 49ers picks and predictions for Week 7's Sunday-nighter. 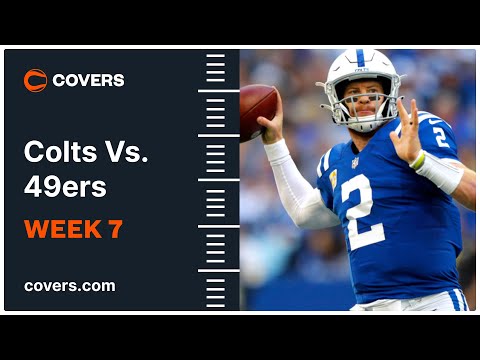 Sunday Night Football for Week 7 features a non-conference clash between a couple of two-win teams with the Indianapolis Colts visiting the San Francisco 49ers.

San Francisco is still dealing with injury issues coming off a bye but was on the board as a 4.5-point NFL betting favorite for this primetime game. Indianapolis kind of enjoyed a bye of its own, thrashing lowly Houston 31-3 last Sunday for its third straight ATS win and fourth payday in the past five games.

Check out our NFL free picks and predictions for Colts vs. 49ers on Sunday, October 24.

San Francisco opened as a 4.5-point favorite and dipped as low as -3.5 before coming back to -4, with some books dealing the Niners -4.5. The total for the Sunday nighter opened at 45 points, slimmed a low as 43.5 before buyback on the Over pushed the number back to 44.5. Use the live odds widget above to track any future line movements right up until kickoff and be sure to check out the full NFL odds before placing your bets.

Momentum is building for the Colts, who are an overtime loss to Baltimore away from a three-game winning streak. In fact, over the past three games, Indianapolis ranks second in EPA per play (+0.245) on offense and seventh in EPA per play on defense (-0.006), keeping company with the NFL’s elite.

This offensive attack has shone brightest during this span, with QB Carson Wentz settling into this new system after growing pains due to COVID issues in camp and early-season injuries slowed that progression. Behind a balanced playbook (passing only 52.25 percent of snaps in the last three outings), the Colts are racking up seven yards per play – second highest in the league in that stretch. But yes, a cake walk versus the Texans will help pad most stats.

The Niners, on the other hand, have zero momentum and struggle for identity on both sides of the ball, due in part to a rash of injuries which seems to be an annual thing in the Bay Area. San Francisco limped into a Week 6 bye off a 17-10 loss to Arizona and has traded out strong defensive showings for offensive lulls and visa versa.

It sounds like Jimmy Garoppolo will be under center for the 49ers in Week 7 with rookie Trey Lance still nursing an ailing knee. Garoppolo hasn’t played since Week 4 when he suffered a calf injury in the loss to Seattle and was shaky in that performance as well as a loss to Green Bay in Week 3, completing 62 percent of passes while throwing two INTs and taking five sacks in those two defeats.

The Colts defense has been sneaky good this season, namely in the takeaway department. Indianapolis ranks middle of the road in terms of Defensive DVOA on the season but continues to produce game-changing plays, with 12 takeaways on the year: five interceptions and seven fumbles recovered.

Banking on takeaways is a roll of the dice when handicapping but Indy has been consistent with those disruptive plays and Jimmy G has been known to cough up the football, throwing 28 INTs in just 35 career games as a Niner.

Indianapolis has established itself as one of the best rushing attacks in the NFL over the past three weeks, rumbling for an EPA per handoff of +0.124 and 5.1 yards per carry, fueled by bruising RB Jonathan Taylor. Not only is the Wisconsin product pounding the turf but he’s also making the most of short catch-and-runs, with 210 yards receiving on 15 grabs in 2021.

That relentless rumble on the ground has set up Wentz and the passing game to strike for big yardage when defenses sell out to stop the run. According to senior writer Stephen Holder of The Athletic, the Colts have posted home-run plays of 42, 51, 52, 76 and 83 yards over the past two contests.

The backbone of that offense is starting to get stronger as well, with guard Quenton Nelson on track to return and tackle Braden Smith making progress at practice this week (questionable). That boost in blocking and Wentz’s improved mobility after playing through a pair of ankle injuries will help against a Niners defense starting to find its way after sound showings in Week 4 and Week 5.

As much as we praise the Indianapolis stop unit for their ball-hawking traits, we are skeptical of its defense overall. They’ve been able to slam the door against lacklustre attacks like Houston and Miami in recent weeks but have given up some sizable scores to more capable offenses. The 49ers have been ho-hum getting the ball downfield but have been cash money when inside the red zone, scoring a touchdown on almost 91 percent of those attempts.

San Francisco will also look to throw more with Garoppolo under center, and with Lance likely not in action that will allow the passing game to find some rhythm. Deebo Samuel, Brandon Aiyuk and Mohamad Sanu are big burly targets and can punish a thin Indy secondary which is particularly short at safety.

It all adds up to more points than this short Over/Under is proposing.

The mixing of quarterbacks can’t be good for the timing and chemistry needed between the 49ers QBs and receivers. But with Lance likely out in Week 7, Deebo Samuel gets his guy back under center.

Samuel was targeted only nine times for three catches in the loss to Arizona, totaling just 58 yards – 26 of those gains on one play. However, in the two games prior with Garoppolo under center (for most of the Seattle game), Samuel was targeted a total of 23 times for 13 catches and 208 yards and two TDs.

The Colts are missing bodies in the secondary, with corner Rock Ya-Sin still on the mend. On the season, Indianapolis ranks 21st at defending WR1, allowing 56 yards on an average of 6.4 passes. That defense allowed Houston's top WR Brandin Cooks to grab nine of 13 targets for 89 yards last week. 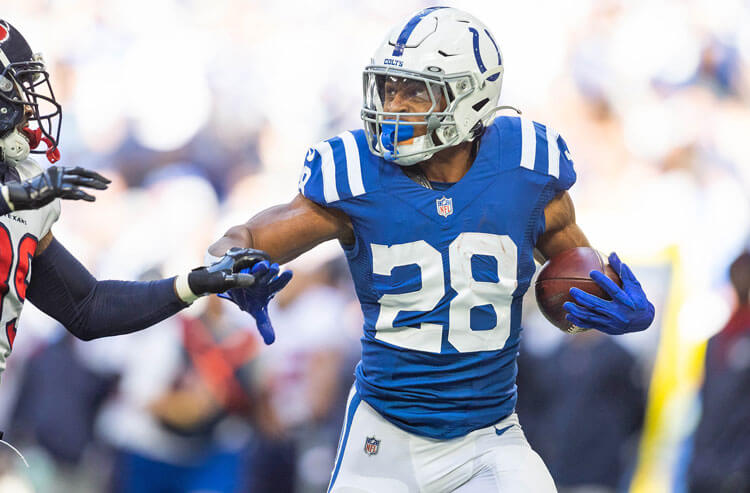