The Bills enter this matchup as one of the hottest teams in the NFL, but can they continue their dominant run against a Titans squad starting to find its form? Find out who we’re backing in our Bills vs Titans picks for Monday Night Football. 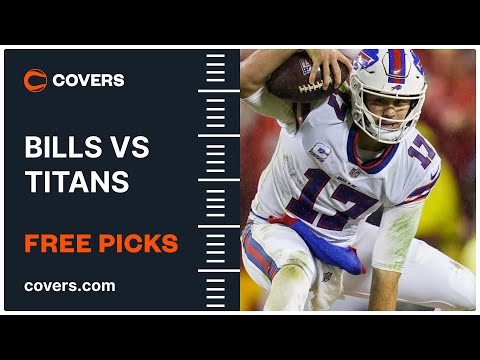 Monday Night Football in Week 6 of the NFL season features a terrific matchup between the Super Bowl favorite Buffalo Bills and the AFC South-leading Tenessee Titans.

Buffalo is off to a fantastic start this year and NFL betting lines have the Bills as 6-point road favorites for Monday's showdown at Nissan Stadium.

Here are our best free Bills vs. Titans picks and predictions for Monday Night Football on October 18, with kickoff at 8:15 p.m. ET.

The line for this game opened with the Bills at -5.5 and the total at 54. Early money came in on the Under, shifting that line to 53.5, while the line has shifted to -6.

USA: Predict the first TD scorer tonight on FanDuel and if your bet loses, get a free bet up to $25 to use in-game! Claim Now

The Over is 7-1 in Titans' last eight games as an underdog. Find more NFL betting trends for Bills vs. Titans.

The Bills opened the season with an upset loss against the Steelers but have since ripped off four wins in a row, most recently a comfortable 38-20 win over the Chiefs at Arrowhead Stadium.

The Bills are now atop the NFL futures board with +550 odds of winning Super Bowl LVI and quarterback Josh Allen is the regular season MVP favorite at +450. Allen has passed for 1,370 yards and 12 touchdowns while leading an offense that averages 410.4 yards per game. The Bills have also been formidable on defense, where they're the No. 1 team in DVOA according to Football Outsiders.

Tennessee entered the season with high expectations and was promptly slaughtered by the Cardinals in Week 1. Although the Titans have won three of their last four, losing to the Jets in Week 4 and beating the winless Jaguars last week isn't exactly impressive.

With how terrific the Bills have looked on both sides of the ball, it shouldn't come as a surprise that the public has been all over them against an inconsistent Titans team that has struggled on defense. That said, there is reason to like the home side on the spread.

The Titans are getting healthy, with Pro Bowl wide receiver Julio Jones and pass rusher Bud Dupree expected to return to the field on Monday. And when these teams met up almost exactly a year ago in Tennessee, the Titans ran away with a 42-16 victory.

While the Bills' run defense has looked tough this season, they haven't faced any strong ground games and they pretty much have the same lineup as last year's squad that ranked 26th in the league with 4.6 yards allowed per play.

Now they'll face off against the league's top running back in Derrick Henry, who has rushed for 145.5 yards per game and seven scores over the last four games. If the Titans can lean on their rushing attack to control the clock and keep Allen off the field, they should be able to keep things close.

With Buffalo in a bit of a letdown spot following that victory against KC, take Tennessee on the spread.

The total of 53.5 is the second-highest Over/Under of the week but we're not shying away from that big number after the Bills snuck above the total of 57.5 last week in Kansas City.

Although they limited the Chiefs to 20 points, Mahomes and company still rolled up almost 400 yards of offense and picked up 29 first downs, but turned the ball over four times.

The Titans offense came up flat in Week 1 with new offensive coordinator Todd Downing calling just five play-action passes. But he seems to have learned from his mistake and has gotten back to what QB Ryan Tannehill does best. The Titans offense has played well since, and with Julio Jones hopefully shaking off any injury rust by Monday night, they should be able to put points on the board.

However, the Titans defense has given up plenty of big plays this season. Tennessee is among the league's bottom-10 teams in scoring defense with 26 points per game, and ranks 27th in yards per play allowed. That's bad news against an explosive Bills offense that leads the league with 34 ppg.

With the Titans going 25-9-1 to the Over in their last 35 games, and the Bills going 7-1-1 O/U in their previous nine contests on grass, we're leaning towards the Over.

Although we are a bit hesitant about betting the full-game total in this contest, we are more confident about the Titans going over their team total.

The Bills defense has pitched two shutouts already this season, but the Titans aren't the Dolphins or Texans. The Titans averaged 32.9 ppg at home last season and, in theory, should be improved this year after trading for a future Hall of Famer in Jones to form a WR duo with Brown and take pressure off Henry and the run game.

The Titans have scored at least 24 points in 10 of their last 12 regular-season games going back to last year and with this number set at a relatively low 23.5, we're grabbing the Over. 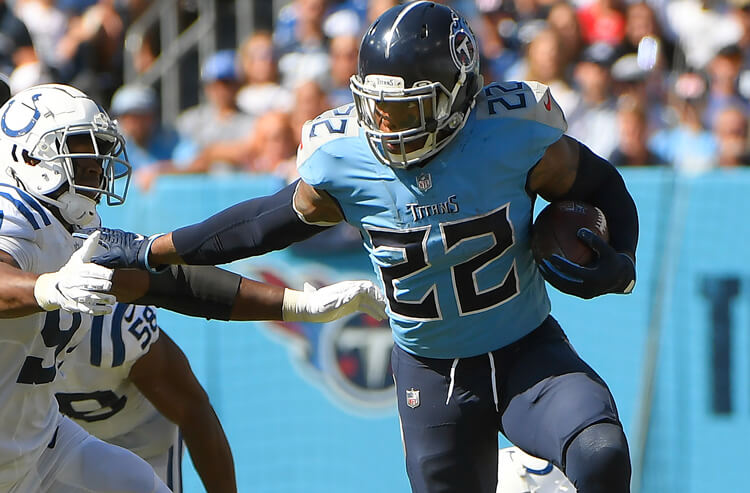 Bills vs Titans Monday Night Football Picks and Predictions: Can Buffalo Continue To Dominate?
Provided by