Dak Prescott and Dallas are rolling, and getting a pretty generous opening line against New England, who has limped through the early season, in Week 6. We can see why the 'Boys will be a popular bet, but don't wait to make it. 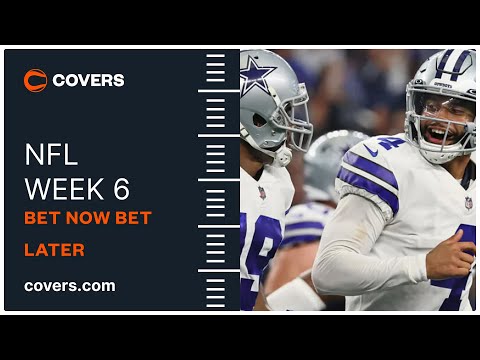 We’re at the one-third marker of the NFL season with Week 6 odds on the board. With the gap between contenders and pretenders becoming clear, the NFL lines tighten, and getting the best of the number is even more vital to keeping your best NFL bets in the black.

With that in mind, these are the best spreads and totals to bet now – and the best to bet later - in Week 6 of the NFL schedule.

The red-hot Cowboys hit the highway for an autumn trip to New England to play the Patriots in Week 6.

Dallas opened as a 3-point road favorite in its first away game since Week 2 and after dismantling the snake-bitten Giants, and with the Pats’ near loss at Houston, this spread will start ticking upwards. The rabid fanbase of America’s Team is humming after the Cowboys’ 4-1 start and will quickly tack a half-point hook or more onto this spread by the time kickoff rolls around next Sunday.

New England may have impressed with its effort versus Tampa Bay a couple of weeks back, but in reality, its two wins on the year have come against the Jets and Texans – the latter of which needed a second-half comeback and last-second field goal.

If you’re on board with the Cowboys, grab them now at a field goal.

Just when Bears bettors thought they were out, they pull them right back in.

Chicago put in a huge effort in Sin City with legions of Bears faithful taking over Allegiant Stadium and locked down the high-octane Raiders attack to just nine points on 259 yards of offense. The Bears defense has started to wake up and now get a massive divisional dance at home in Week 6.

The Packers have won four straight games since laying an egg in the season opener, but have been far from dominant in those wins. Green Bay squeaked out an overtime victory at Cincinnati in Week 5 and now plays its second straight road game, and third in four weeks, in Chicago.

This spread opened Packers -4.5 and went to -4.5 (-118) – a dead number that will move fast through -5 and -5.5 if early action comes in on the Cheeseheads. If you’re banking on Da Bears to put up a fight, hold out for more and see if you can get something closer to +6.

With the Browns losing a John Wick-like shootout in Los Angeles – with the teams amassing more than 1,000 yards of offense – you can be sure Over bettors will have an itchy trigger finger when it comes to Cleveland’s Week 6 total (Bonus: WR Jarvis Landry can come off IR in Week 6).

Adding to that frenzied push to bet on plenty of points is the Browns’ opposition: the Arizona Cardinals. The Cards are coming off their most modest offensive effort yet, in a 17-10 divisional win over San Francisco on Sunday, but scored 31 points or more in the four games prior.

This total opened at 53.5 and instantly jumped to 54 points at some books. If you’re financially fascinated by offensive fireworks, then don’t wait, and bet the Over now before this number closes in the realm of 55-plus points by kickoff next Sunday.

A pair of rotten offensive efforts from the Raiders could sour total bettors on the Over in Las Vegas games and books are padding against that perception with a 44.5-point total in this AFC West war. The Silver and Black had only 13 first downs in the home loss to Chicago on Sunday but were playing on a short week after losing to the Chargers on Monday.

The Broncos defense gave up 27 points to the Steelers in Week 5 – its highest point total against this season – but was only out-yarded by 17 total points and showed some urgency on offense by storming back from a 24-6 hole to make the game 24-19 late in the fourth quarter. That produced the first Over result in a Denver game this year.

These divisional foes have been an Under ATM in recent meetings, staying below the number in eight of their last nine head-to-head matchups going back to 2017. That trend, along with Vegas’ volatile offensive efforts, should continue to chip away at this total. If you see value in the Over, take a breath and wait for this number to shorten up. 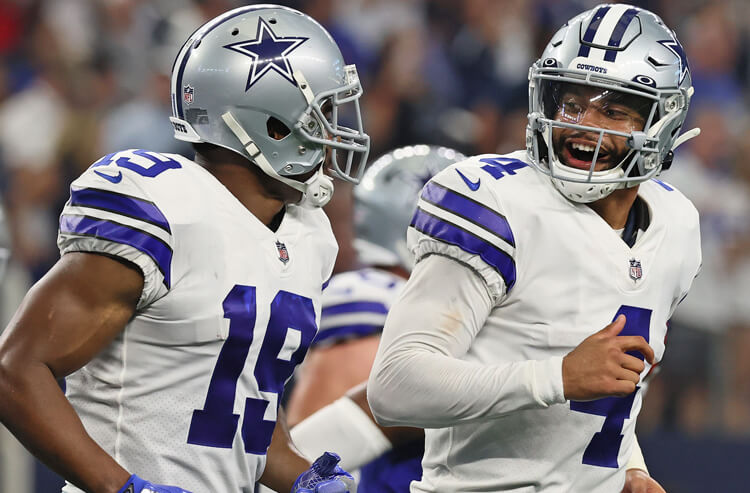