After going into Arrowhead and dismantling the Chiefs (and getting revenge for last year's AFC title game), the Bills are a major candidate for a letdown game against the Titans on MNF this week. Buffalo highlights our biggest Week 6 spot bets. 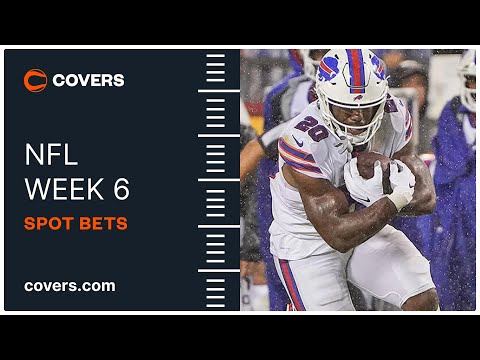 As we enter Week 6 of the NFL season, there’s plenty of wear and tear on teams both physically and mentally. And that’s where we pick our spots — spot bets to be exact.

While diving into the mountain of data and eating up all the advanced analytics will help you narrow down the best NFL bets in Week 6, situational handicapping can unearth hidden betting value by dissecting the challenges the schedule rolls out and how teams will cope with them.

Here are our top NFL spot bets — letdown, look-ahead, and schedule — for Week 6.

Spot bet begets spot bet for the Bills in Week 6, coming off an actual revenge spot (those can be rare in pro sports) with a win over Kansas City in Week 5. Buffalo now runs the risk of a letdown spot after getting payback — and then some — for last year’s loss in the AFC title game.

The Bills dominated the rival Chiefs in the rain on Sunday night but swap out that prime time game for another as they travel to Tennessee for Monday Night Football. Adding to this potential letdown is a tricky dash of schedule spot as well, with Buffalo playing its second straight game on the road.

Oddsmakers had a look-ahead line of Buffalo -2.5 back in the summer and that was sitting -3.5 before the Week 5 results, with the Titans outgunning Jacksonville on the road. Now, after the Bills’ vengeful win in KC, this spread is sitting as big as Buffalo -4.5 at some shops and will likely go up before kickoff in the Music City on Monday.

The Rams are giving a pile of points in East Rutherford in Week 6, thanks in large part to the injury problems popping up with the Giants following their loss at Dallas on Sunday. Los Angeles, and more specifically QB Matthew Stafford, could be looking past New York and to a meeting with his former team, the Detroit Lions, in Week 7.

It would seem rare that any team would look past their current foe and ahead to the lowly Lions but Detroit has proved it's no pushover despite a winless record through five games. The Lions put a scare in San Francisco and Green Bay in their opening two games and lost to Baltimore and Minnesota on last-second field goals while also making Chicago work for a win in Week 4.

Adding to this potential look-ahead for L.A. is a pile of points to cover in MetLife Stadium and an early start time on the East Coast, with kickoff set for 1 p.m. ET (10 a.m. PT back in California). Sean McVay hasn’t been bothered by the time difference much in his career, but he could have visions of past protégé — and current Detroit QB — Jared Goff dancing in his head.

The Packers get their name from a 1919 sponsorship deal for jerseys and a field with a local meat-packing plant, but it seems very fitting in 2021 considering this team has pretty much lived out of a suitcase to start the season.

Green Bay plays its second straight road game in Chicago in Week 6 after escaping Cincinnati with an ugly overtime win last weekend. This is also the Cheeseheads' third road stop in four weeks and its fourth road game in the opening six weeks of action, going back to that disastrous Week 1 “neutral site” ass-whopping at the hands of the Saints in Jacksonville.

Despite a 4-1 SU and ATS record, Green Bay has looked far from dominant. It had to climb out of a second-half hole to beat Detroit in Week 2, needed some classic Aaron Rodgers magic to take a win at San Francisco in Week 3, made -6.5 bettors nervous with a 10-point home win over Pittsburgh, then won 25-22 in the added frame at Cincinnati in a game that featured four missed potential game-winning field goals.

The Bears got the claws out for a big win in Las Vegas in Week 5 and return home as 4.5-point home pups to the Packers. This line will likely flirt with -5.5 and -6 with public play on Green Bay. The Cheeseheads have been a solid bet in this divisional rivalry, covering in 17 of their last 22 trips to Soldier Field, however, Chicago is 14-6-1 ATS in its previous 21 games as a home underdog going back to 2016 (1-1 ATS versus Packers as a home pup). 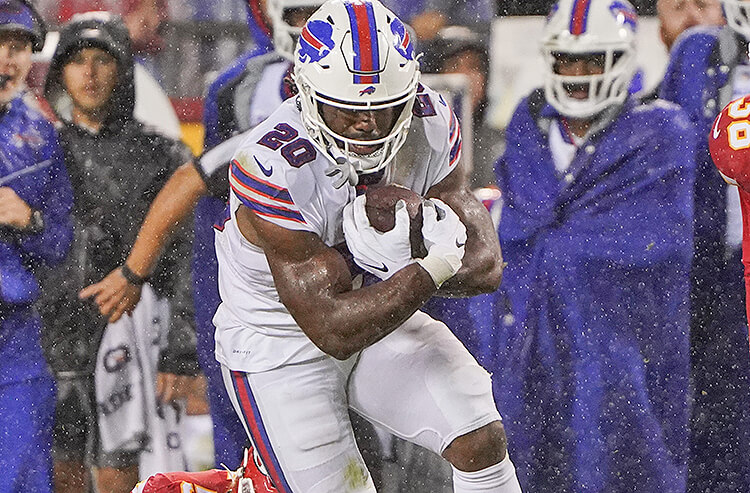