The Best Time to Make Your Super Bowl Bets

Sportsbooks have two weeks to take action on the Super Bowl and by kickoff on February 13, there will be thousands of ways to wager on the Big Game. So, when is the best time to make your Super Bowl bets? That all depends on which wagers you want to place.

The Super Bowl is a unique event for sports bettors and sports fans alike.

Odds on the Super Bowl are the tightest and most finely tuned numbers of the entire sports wagering calendar, as it will be the biggest single betting event for bookmakers in North America — and draw a global audience.

The Super Bowl is not only different in terms of scale but also in terms of scheduling. The matchup for the Big Game is set after the conclusion of the NFC and AFC Championships, and odds are often formulated well before those contests are finalized.

Once the official opening Super Bowl odds are released, sportsbook operators have two weeks to take action and expand their menu of Big Game bets. By the time the kickoff rolls around on February 13, there will be thousands upon thousands of different ways to wager on Super Bowl LVI.

So, when is the best time to make your Super Bowl bets? That all depends on which wagers you want to place.

Sharp bettors and professional gamblers will tell you that if you didn’t bet the Super Bowl spread within the first few hours after odds open...

It's believed that the best of the number has likely dried up by then and bookmakers have made their adjustments based on those early bets.

And there’s truth to that initial opinion: Over the past 14 Super Bowls, the team that drew early action on the spread has covered in 11 of those games with one other resulting in a push.

But like our doctor telling us to eat more vegetables, we rarely follow through with a salad, and betting the Big Game odds the second they come out Sunday night may not be first and foremost on our minds — especially with the Super Bowl two weeks away.

Given that, you’ll at least want to pay attention to the early movement and adjustments and which sportsbooks could offer those odds — or something close to them — again. Having multiple sportsbook accounts is vital to searching out those spreads, as operators can have varying liabilities on the line for the Super Bowl and offer different point spreads at different prices.

Much like the point spread, the Super Bowl Over/Under holds the most betting value in those opening hours of action as early opinions from sharp players help mold the market for the next two weeks.

You will sometimes see the opening Over/Under get bet down early, then come up again as kickoff gets closer and public players take the Over, and then come down again on Super Bowl weekend as sharper bettors buy back the Under on the inflated total.

The moneyline is one of the more popular bets for Super Bowl, due to its simplicity: Just pick the winner. That appeals to many first-time and casual bettors who don’t want to concern themselves with a spread or total.

Due to that public appeal, the Super Bowl underdog is often a fashionable wager as it promises a larger return than betting the moneyline favorite. The moneyline underdog draws a lot of action closer to kickoff when the bulk of bets come in, which can slim the price on the favorite.

If you’re looking to bet the moneyline favorite, you may want to wait until later on Super Bowl weekend to get a discounted price. That said, if you like the moneyline underdog in the Super Bowl, you’ll want to jump on that wager within the first few days of the odds opening.

Prop betting began with the Super Bowl, starting with the 1985 Chicago Bears and whether William “Refrigerator” Perry would score a touchdown in the Big Game. Now, Super Bowl prop bets make up the majority of the money wagered on the NFL finale.

Props used to be considered a “sucker bet” but have quickly become shark-infested waters, as many professional gamblers ignore the spread and total and attack softer prop odds on player performances and game happenings.

Super Bowl props usually release the Thursday after the conference championship games, which means if you’re looking for the best of those numbers, you’ll need to be ready to get down action right away once those props are available.

There are some prop bets that do offer value closer to kickoff. Those are often the other side of larger payouts around props like “Will there be a safety?” or “Will there be overtime?”. The “Yes” option on those props promise big payouts because of their slim probability and that attracts a lot of recreational money from casual bettors looking to turn a little into a lot.

That popularity can trim the cost of the “No” on those sorts of long-shot props. But even then, those discount odds are still too expensive for most bettors to get involved.

Novelty props are always an interesting talking point around Super Bowl Sunday but not all markets are available at legal sportsbooks, especially those focused on non-game events like the halftime show, national anthem, or color of the Gatorade bath.

The best plan of attack if you do have those types of odds available is to do some digging on social media and press coverage. There have been information leaks around these novelty markets, such as recordings of the anthem rehearsal or potential song and guest lists for the halftime show.

So keep your eyes peeled for that actionable info and try to beat the books and get your bets down before they pull those odds off the board.

Strategizing your Super Bowl betting plan of attack can seem a little hectic, but if you’re looking to get the best of the bookies, you want to make sure you’re getting the best of the odds in one of the toughest markets to beat.

That said, if you do miss out on opening odds or an overnight line move — don’t sweat it. The Super Bowl may be the biggest game of the year but that doesn’t mean you need to bet bigger. Keep your bets fun and entertaining and enjoy a Super Sunday.

The first few hours after official odds open is considered by most to be the best time to bet on the spread.

These odds usually come out the Thursday after the conference championships, and you'll want to jump on them right away. 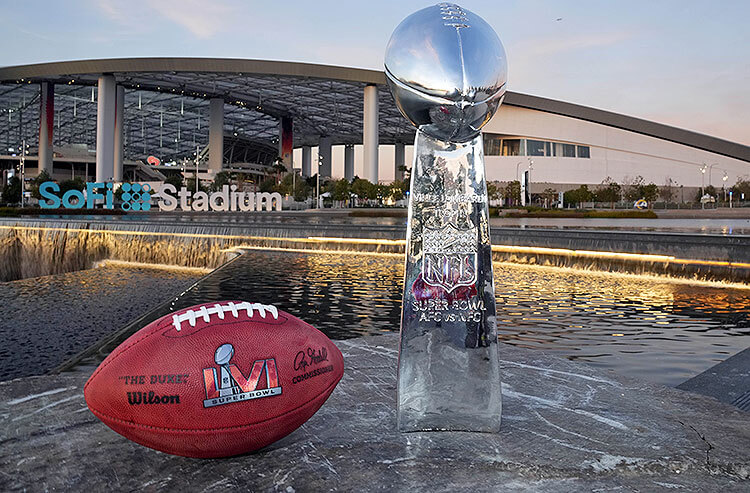 The Best Time to Make Your Super Bowl Bets
Provided by