Baltimore has been eaten alive by the injury bug, stripped of many key players and leaving Lamar Jackson to shoulder much of the load himself. Find out if he can handle the bright lights of Vegas with our Monday Night Football Ravens vs Raiders picks. 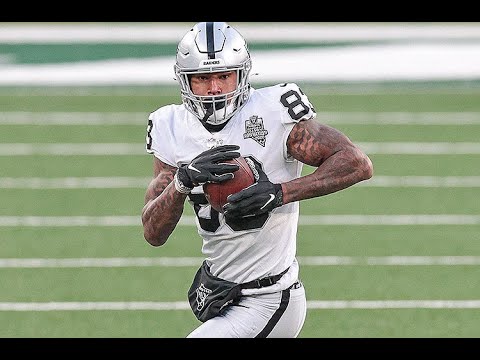 Baltimore Ravens quarterback Lamar Jackson must be wondering if he will be taking on the Las Vegas Raiders all by himself the way his teammates seem to be dropping like flies around him.

Even with all the injuries, the Ravens are dealing with, they're still 4-point road favorites going against a Raiders team that needs to start showing some progress in Year 4 with Jon Gruden back at the helm. Do the Raiders have value as a home underdog?

Find out in our free NFL picks and predictions for Ravens at Raiders on September 13.

This line has bounced around a bit between Ravens -3.5 and -4.5 but heading into the weekend is sitting at the opening number of -4. The total has come down a point since opening from 51 to 50. Be sure to check out the full NFL odds before placing your bets, and also view the full line movement for this game.

The Over is 8-0-1 in the Raiders' last nine games as a home underdog. Find more NFL betting trends for Ravens vs. Rams.

The Baltimore Ravens had lofty expectations for 2021, but no team in the NFL has been dealt a tougher hand with injuries this offseason. The Ravens have lost their top two running backs for the season, wide receivers Rashod Bateman and Miles Boykin begin the season on the short-term IR, and Marquise Brown is questionable, while star cornerback Marcus Peters is also done for the year with an ACL injury.

The one thing the Ravens still have is Lamar Jackson. The former MVP didn't exactly replicate his alpha-dog numbers from 2019 but still had a solid season, throwing for 2,757 yards with 26 touchdowns and nine interceptions, while adding another 1,005 yards and seven scores on the ground.

Casual football fans will think Jackson should be able to do enough on his own against a Las Vegas Raiders defense that was one of the worst in the NFL a season ago. But Gruden and Vegas did their best to fix the problem. The Raiders signed Yannick Ngakoue and K.J. Wright, and five of their first six draft picks were defenders. But the best move was bringing in Gus Bradley to be the defensive coordinator.

On offense, Derek Carr continues to be the epitome of a mediocre quarterback, but he has some really good weapons to work with, including star tight end Darren Waller.

It’s put up or shut up time for Gruden and the Raiders. They are playing their first real home game in front of Vegas fans who have already proven they can house a rabid fan base with the NHL’s Golden Knights. To boot, they're getting points. With all the injuries for the Ravens, we’re riding with the underdog.

Speaking of the Raiders offense, despite some inconsistencies last season, they still ranked 10th in the NFL in scoring and 11th in points per play. They're also hoping for a breakout from second-year receivers Henry Ruggs and Bryan Edwards, and they brought in Kenyan Drake to form a nice duo with Josh Jacobs in the backfield.

While the Ravens should have another strong defense this year, the injuries in the secondary should create some opportunities down the field for Carr and the Raiders.

Yes, the Raiders did a bunch of work in the offseason to improve the defense, there will likely be some growing pains for a unit that ranked 25th in opponent yards per game and 29th in opponent scoring, giving up 29.9 points per game. And oh yeah, it’s still Lamar Jackson they're going against. That combination should be enough to send this one Over the total.

I am legitimately floored you can find Jackson to score a rushing touchdown in this one at plus money.

Jackson has rushed for over 1,000 yards at over six yards per carry and scored seven touchdowns in each of the last two seasons. With all the injuries the Ravens have to deal with to open the season, you know Jackson will try to shoulder more of the load against the Raiders.

He’ll have a good chance to be successful going against a Raiders defense that ranked 22nd in the NFL, allowing 4.6 yards per attempt in 2020 while surrendering five touchdowns to opposing quarterbacks a season ago. This is great value to back Jackson to find the end zone himself. 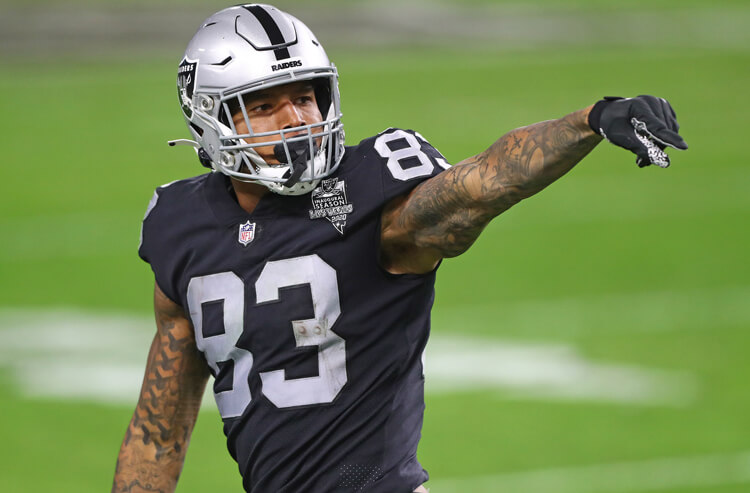